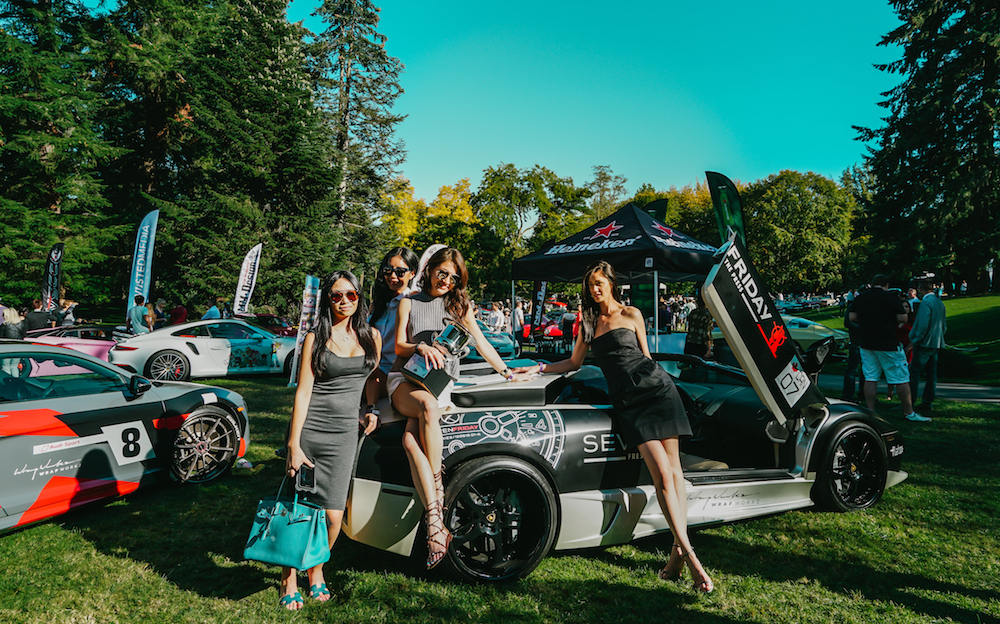 Featured Concours collector car tribute displays include the 40th anniversary of the Defender, the Dino Ferrari, the 70th anniversary of Porsche with a display of the very ï¬rst Porsche ever made, and the worldâ€™s finest collection of Vipers. The most exclusive luxury garden party in Canada, L&SW, will feature the oï¬ƒcial Canadian public launch of the Pagani Huayra BC worth $4.5 million, Ferrari Portoï¬no, Rolls Royce Cullinan worth $525,000, the all new 2019 BMW M850i Coupe and the Singer Porsche Williams DLS worth $2.2 million.

On Saturday at 2:30pm, the event will hold a $10M live luxury and supercar auction, hosted by ADESA auctions. On Sunday at 3:00pm Steinwayâ€™s â€œConcert in the Gardenâ€ will feature the winner of the Steinway Piano Competition and Steinway Young Artist Club. There will be two daily (12:30pm & 1:30pm) high-fashion runway shows presented by Oakridge Centre with brands by Blubird, Hugo Boss, Harry Rosen, Boysâ€™ Co and Stuart Weitzman.

The ninth anniversary of L&SW will feature an expanded VIP format covering a full 17-acres of the botanical garden including pop-up bars and food available throughout. Guests to this yearâ€™s event will also have full access to purveyors of ï¬ne watches, luxury pianos, boats and luxury goods. â€œAs the countryâ€™s premier luxury lifestyle and automotive event, Luxury & Supercar Weekend attracts exhibitors and visitors from across the world,â€ says President of Luxury & Supercar Weekend, Craig Stowe. â€œOver the past nine years, weâ€™ve become a signature destination event that attracts those that share a passion for luxury goods and supercars.â€