All photos by Cirque du Soleil

Cirque du Soleil’s Corteo first premiered in Montreal in 2005 and has visited more than 60 cities in 19 different countries as a Big Top show before transforming in an arena show in 2016. Corteo is currently on its North America tour and performing at the Pacific Coliseum in Vancouver from October 10 to 14, 2018.

Written and directed by Daniele Finzi Pasca, Corteo, which means cortege in Italian, is a joyous procession. The story follows Mauro the Dreamer Clown who imagined his own funeral taking place in a carnival atmosphere. Instead of mourning, Corteo is about the celebration of life with laughter and exuberance. 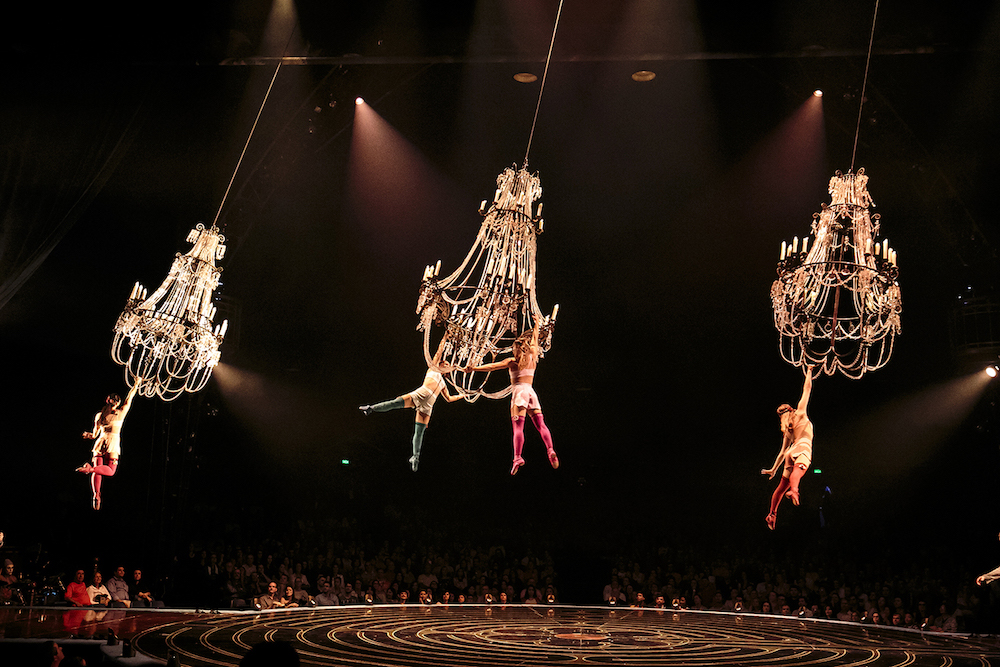 Set Designer Jean Rabasse has divided the arena and its rotating stage in two, with each half of the audience facing the other half, so they have the same perspective as the performers. This is a first for Cirque du Soleil.

As the baroque style curtain rolls up, the audience was transported into a Cirque du Soleil world of fun, comedy and spontaneity. Corteo is also a tribute to traditional circus acts like hula hoop, trampoline and juggling.

Along the way, all of Mauro’s friends come together to celebrate their friend and life in the circus. It shows a glimpse of their friendship and humanity. 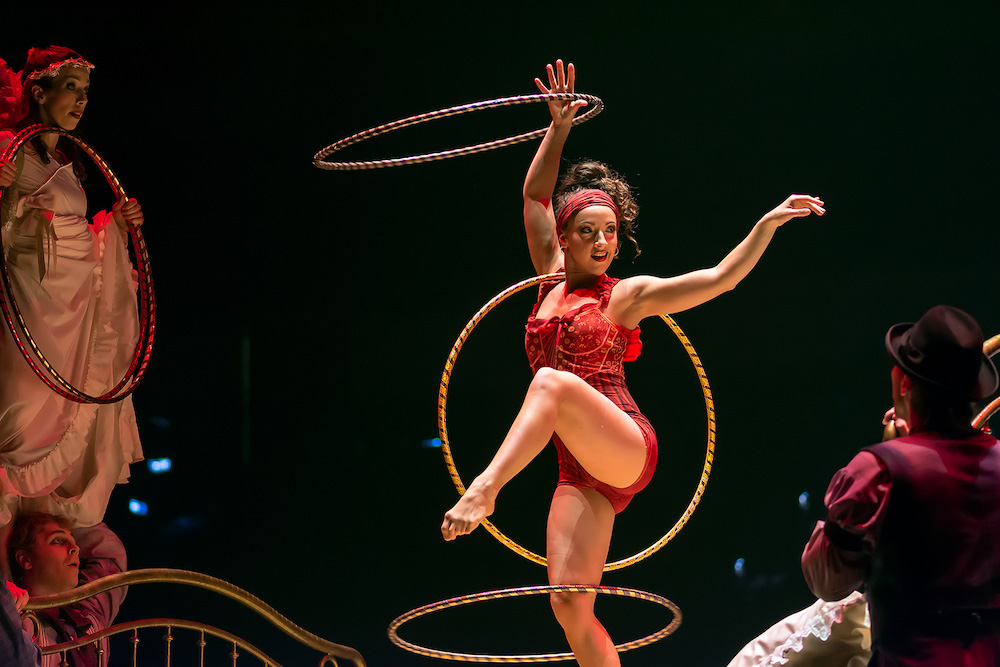 One of my favourite part was the Helium Dance where Valentina descended from the heavens and Mauro encouraged the audience to push her back. The Clowness was enchanting everyone with her childlike playfulness.

Overall, Corteo was a spectacular high flying acrobatics mixed with fun and comedy. The show was visually beautiful with over 260 elaborate costumes and whimsical set design. Corteo is one of the Cirque du Soleil’s most successful production with over 3,500 performances and delighting more than 8 million people.