Top 6 Restaurants to Spot a Celeb in Los Angeles

Hollywoodâ€™s most glamourous event of the year is nearly upon us. A-listers from around the world will flock to La La Land in the hopes of going home with the industryâ€™s most coveted award â€“ the Oscar.

Leading up to the show, packs of celebrity-seeking paparazzi will be on the hunt for that next buzzworthy shot. And while, the rich and famous go to great lengths to protect their privacy, there is one thing they canâ€™t resist â€“ trendy restaurants. Lucky for you, we have uncovered some their favorite places to nosh. So, if youâ€™re eager for a celebrity sighting in Tinseltown, check out some of these restaurants known to attract entertainmentâ€™s elite. 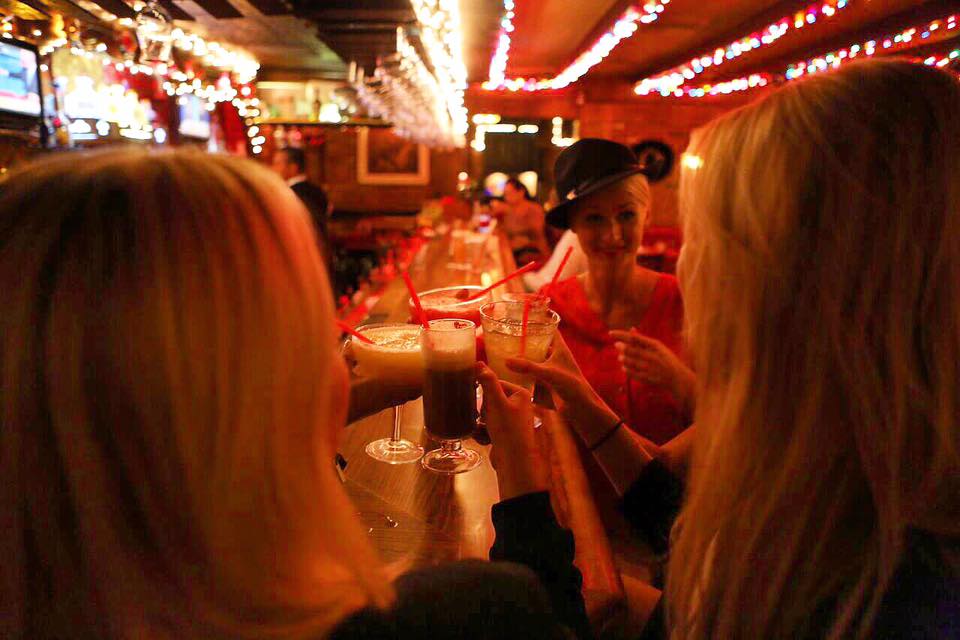 The Sherman Oaks institution founded by Rafael â€œRayâ€ Garcia in 1956, maintains its celebrity magnetism thanks to second-generation proprietor Christina â€œChristyâ€ Vega Fowler. The restaurant has always respected the privacy of their guests as well as special requests including entering and exiting the restaurant discretely. The dimly lit establishment is so dark that regular guests could be dining next to a big-time A-list celebrity and have no idea. As always, portions remain massive, whether itâ€™s classics like crab and shrimp empanadas, the Vega rib eye, or newer offerings like the multi-protein molcajete. The cantina dispenses a multitude of margaritas and Mexican beers to celebs and civilians alike.

Chef Kazunori Nozawa is well known for his “trust me” motto and now has a reputation as the “Sushi Nazi”. In 2007, Oscar winner Charlize Theron told a national audience during an appearance on The Tonight Show the story of how she was kicked out of Nozawa’s famous Studio City restaurant because she tried to order a la carte rather than following his motto. His Studio City restaurant has since closed, but his Sugarfish concept continues to grow and thrive. Chef Nozawa shuns the “American-style” extravagant rolls and fusion dishes and prefers to focus on the purity of his basic ingredients. Each of his Los Angeles locations attracts its own celebrity diners, from Calabasas (a Kardashian favorite) to Brentwood, where Bradley Cooper and Conan O’Brien were recent guests. As for Theron, all seems to be forgiven – paprazzi caught her dining with Seth MacFarlane at the Beverly Hills location.

On the corner of Melrose Avenue and Robertson Boulevard, Cecconiâ€™s is a modern day classic Italian restaurant frequently visited by the likes of Ellen DeGeneres and Jennifer Lopez. Expect just about anyone to occupy the plant-lined patio, marble-floored dining room, or the semi-private Butterfly Room with the bright orange heart. Celebs enjoy dining here because itâ€™s a safe haven where they can come in any time of day for a great, relaxing meal, be treated like VIP and know that nothing interferes will interfere with their dining experience. Chef Andrea Cavaliereâ€™s seasonal Italian menu spans breakfast, lunch and dinner, which could include pastas like plin agnolotti with black truffles, wood roasted salmon with rapini, and Italyâ€™s answer to tapas, cicchetti.

Found in the luxurious Four Seasons Hotel Los Angeles at Beverly Hills, this restaurant is no stranger to celebrity clientele. The eateryâ€™s chef Meredith Manee believes celebrities are comfortable dining here as they know they will receive the best service, be seated at their favourite table, served custom dishes based on dietary needs all while enjoying complete privacy. The kitchen servers up vegan, gluten free and juice-driven options plus memorable dishes like salmon with blood orange, caviar, and chives. And, yes, people (even celebrities) have been known to indulge in heartier fare like lasagne verdi and lamb chops.

Long before restaurants like The Ivy and Mr. Chow drew paparazzi in droves, this old school Italian restaurant with red booths and red sauce attracted rock stars, movie legends, starlets and wannabes in 1963. Bartender Mike Gotovac has manned the menu-free bar since 1968, and served cocktails to people like the Eagles and Elton John. Wine bottles hang from the ceiling in baskets, and celebrities both young and old pop plenty of bottles to pair with Shrimp Scampi a la Jerry Buss, which honors the Lakers owner, and Chicken Parmigiana a la Ted Demme, which credits the dearly departed movie director.

In the â€˜80s and â€˜90s, Michael Ovitz struck fear into the hearts of studio heads while helming Creative Artists Agency. These days, the avid art collector and now-two-time restaurateur honors entertainment heavyweights who frequent his Japanese restaurant in the back corner of a West LA strip mall. Celebrities who have had a sushi roll named for them include Sarah Michelle Geller, who prefers tuna with spicy tuna, avocado and jalapeÃ±o. Yoya Takahashi, a Kyoto native, now helms the sushi bar, and celebrities still flow to Hamasaku. But why? Well very simply put, movies stars think the food is exceptional, they know their particular needs will be met, and can feel like theyâ€™re at home.

Located in West Hollywood, this restaurant pays tribute to the golden era of Hollywood â€“ the roaring twenties. The multi-purpose restaurant, lounge and bar, utilizes dim lighting and beautiful red and gold themed decor to emit a Gatsby-like vibe. The kitchen serves up swanky American-inspired dishes from fine cuts of meat, shrimp cocktails and everything from traditional burgers to vegan delights like the mouthwatering spaghetti squash pasta and Portobello mushroom steak. And who better to enjoy the extravagance of this locale than mega-superstars Toby Maguire, Vince Vaughn, Taylor Lauter and even play host to Canadian-native Drake to celebrate his 30th birthday.

This hip sidewalk bistro can be found in one of L.A.â€™s trendiest neighborhoods, Silver Lake. The unassuming and quaint establishment is best known for its fresh, seasonal seafood dishes, including of course its oysters. Offering a selection from both the Pacific and Atlantic oceans, locals and celebrities flock to get a taste of L & Eâ€™s delicacies. While best served raw, oysters here are enjoyed fried, steamed, smoked or grilled. Celeb diners like Anne Hathaway and hubby Adam Shulman, have been spotted on a cozy date soaking up the restaurantâ€™s unique vibe.