From ancient beer cellars in the Czech Republic, to modern â€˜hop-spotsâ€™ here in Vancouver, the worldâ€™s most cherished brew is available, and celebrated, all over the globe. But where are the best places in the world to most appreciate this refreshing drink?

A recent study from Booking.com, the global leader in connecting travelers with the widest choice of incredible places to stay, found that more than 46% of Canadian travellers pick their next destination based on its great food and drink. For those travellers with a penchant for the ales and lagers of the world, and just in time for International Beer Day (August 3rd), we have identified seven of the best beer-smitten cities youâ€™ll never want to leave.

PlzeÅˆÂ has been a centre of beer-brewing prowess since 1842 â€“ when the first ever pilsner lager was brewed here. Nowadays, the cityâ€™s iconic Pilsner Urquell brewery offers visitors the chance to taste the best pilsner, fresh from the keg or cask, on a subterranean tour of its cellars. You can recharge your batteries in a comfy bed atÂ Courtyard by Marriott PilsenÂ â€“ and then grab yourself another brew at the hotelâ€™s popular Pilsâ€™nâ€™Grill restaurant.

Home to Starobrno â€“ an old brewery now owned by Heineken â€“Â BrnoÂ is another great spot for a world-class beer. Here, the locals wash down Starobrno brews LeÅ¾Ã¡k (a classic blond) and ÄŒernÃ© (dark and malty) in the lively area surrounding St. Jamesâ€™ Church. If youâ€™re after somewhere a little more private, grab a beer bucket and relax in the rooftop hot tub ofÂ Avanti HotelÂ â€“ a firm guest favourite in Brno.

Beer-enamouredÂ BambergÂ has the highest concentration of breweries per square kilometre in the world. All are bound by the â€˜Reinheitsgebotâ€™, a 500-year-old Bavarian purity law requiring all beer to be brewed using only water, malt, yeast, and hops. Bambergâ€™s local brew â€“ the smoky, thick, and dangerously addictive â€˜Rauchbierâ€™ â€“ is a must-try. Complimentary breakfast at the centrally locatedÂ Am Blumenhaus provides exactly the sort of sustenance youâ€™ll need after a night out on the town.

From Trappist ales and dark stouts to hoppy tripels and fruity krieks, the range of beer styles in Belgium is staggering.Â BrugesÂ is home to â€˜lambicâ€™, a delicious beer that can be enjoyed in any local bar, along with hundreds of others. Lively Cafe â€˜t Brugs Beertj boasts a vast collection of Belgian brews, whileÂ Hotel Monsieur Ernest, an elegant 14th-century building that was once a brewery itself, provides comfy lodgings.

PortlandÂ is a dreamland for IPA lovers. The self-proclaimed â€˜capital of craftâ€™ has more breweries than any other city â€“ and a pub culture to rival all its European adversaries. You can nurse pints of hoppy brews at lively brewpubs across the city, while Breweries like Cascade and Hopworks showcase Portlandâ€™s rich craft history. StylishÂ Hotel EastlundÂ is the ideal spot to take some time out, with a rooftop terrace and its very own craft beer tavern.

LeuvenÂ is home to InBev â€“ the worldâ€™s largest brewery â€“ and offers a bounty of artisanal brews to quench your thirst. Ochtend Kriek, St. Adriaansbier, and Nostra Domus are three of the most popular. But with so much choice, your best bet is to head down to the lively Oude Markt and ask locals for their recommendations. Stay close to the action at the deluxeÂ Getaway Studios Leuven, full service apartments right in the heart of Leuven and a short walk from Oude Markt. 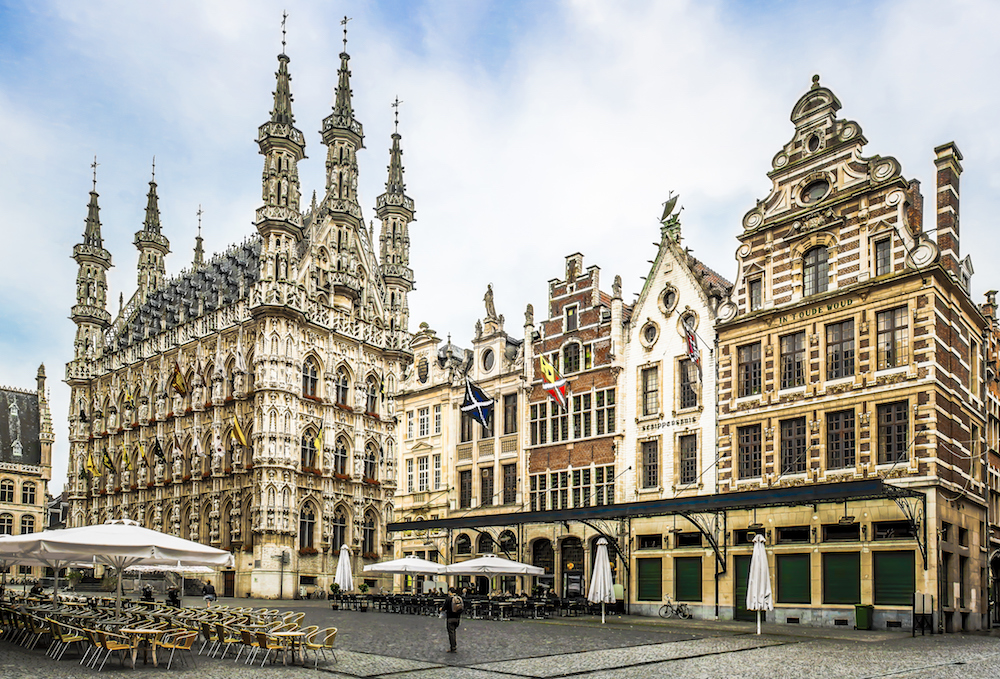