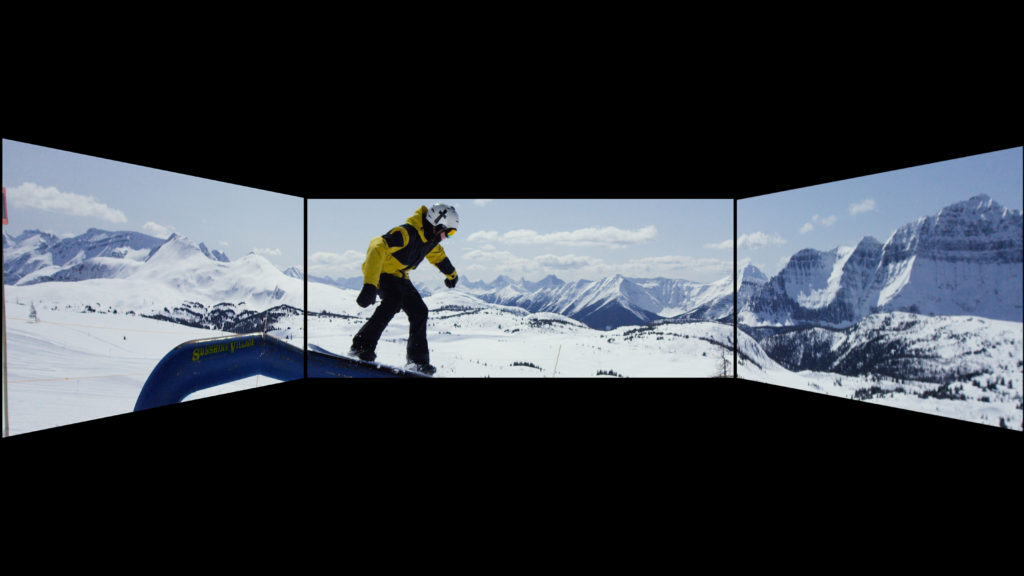 All three auditoriums are scheduled to open in time for the premiere of Star Trek Beyond on July 22, 2016, and tickets are available at the Box Office and on Cineplex.com starting today. At the screenings, fans will discover a new kind of Star Trek adventure, with more than 20 minutes of Star Trek Beyond footage created to dramatically expand â€˜The Universeâ€™ across three screens.

â€œWe are proud that Cineplex continues to lead the way by offering Canadian movie-lovers the latest in innovative premium experiences â€“ and Barco Escape is no exception,â€ said Ellis Jacob, President and CEO, Cineplex Entertainment. â€œThis really is a new way to experience a movie and I believe our guests will love this spectacle.â€

â€œCineplex has always been a pioneer in the movie theatre industry, and we could not be more proud to now call them a customer of Barco Escape,â€ says Barco Escape CEO Todd Hoddick. â€œWe look forward to strengthening our relationship with Cineplex as we work together to bring this unique, irreplaceable theatrical experience to Canada.â€

Barco Escape works hand-in-hand with todayâ€™s top studios and filmmakers, including 20th Century Fox, J.J. Abramsâ€™ Bad Robot and Jerry Bruckheimer, to create projects that offer audiences an immersive viewing experience that is only available in theatres. Director Scott Waugh (Act of Valor, Need for Speed) recently announced he is directing the first feature shot entirely for Barco Escape. The film, titled 6 Below and starring Josh Hartnett, is expected to be released later this year.

Additionally, Canadian producer Minds Eye Entertainment, in association with US-based Bridgegate Pictures and VMI Worldwide, recently announced at Cannes it has financed and green-lit a six-film production slate of sci-fi, action and thriller films that will all be shot for Barco Escape. The first film, The Recall, is slated for release later this year.