MCEC is hiring with 450 new development jobs. Microsoft Canada will inject $90 million in direct investment in the city annually. Across the province, it will have an estimated economic impact of $180 million each year. The MCEC will developed new technologies and applications ranging from apps (Skype, OneNote, MSN) to gaming products (Gears of War), interactive television app (NFL for Xbox and Windows 10), mixed reality (Microsoft HoloLens) and ground-breaking accessibility products (Seeing AI). 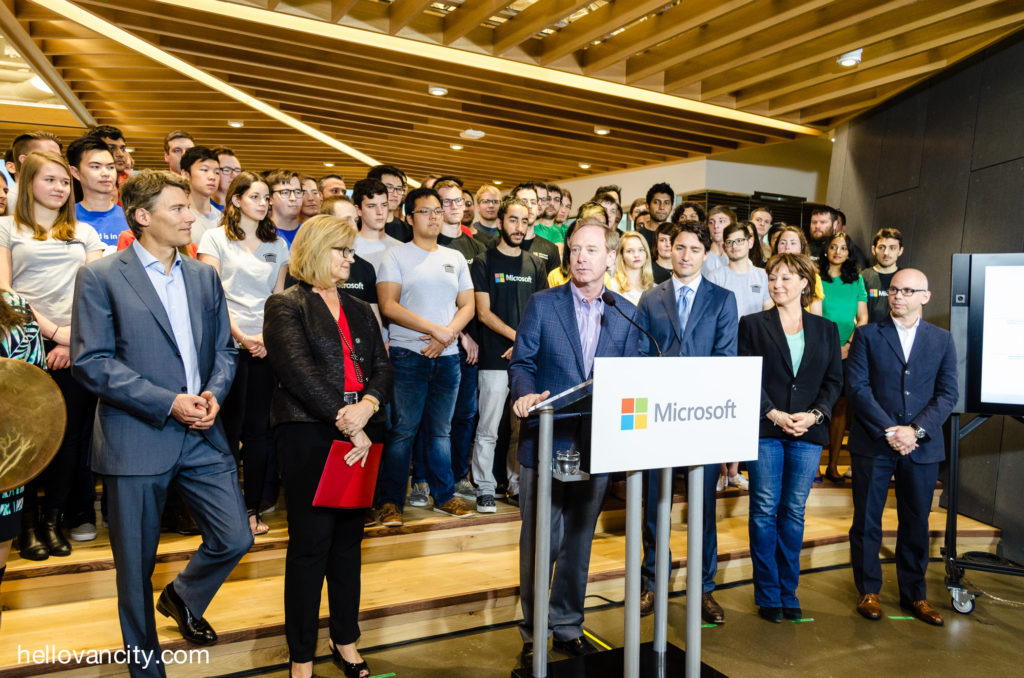 â€œVancouver is becoming a global centre for technology, and weâ€™re committed to helping grow Canadaâ€™s innovation economy.â€ said Microsoft President, Brad Smith. â€œOur new development centre will bring talented Canadians together with leading talent from around the world to help develop the technologies of tomorrow.â€ 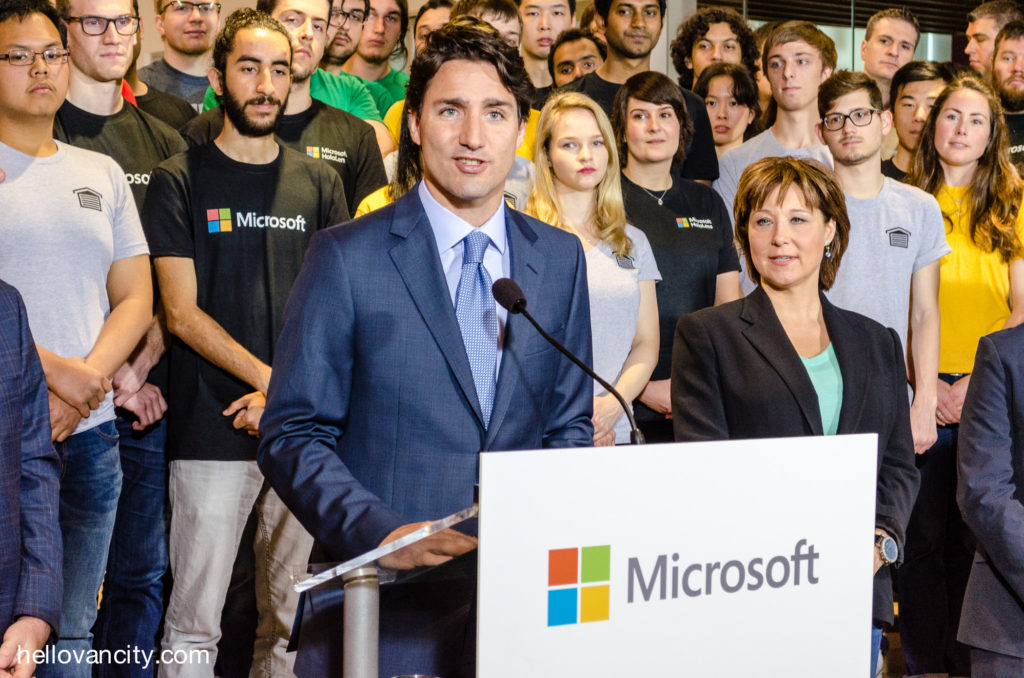 â€œThere is no better time to invest in Canada,â€ said Prime Minister Justin Trudeau. â€œI welcome Microsoftâ€™s decision to add as many as 450 new development jobs to their Vancouver operations â€“ it is a real vote of confidence in the community, and in the talent and expertise of Canadian workers.â€ 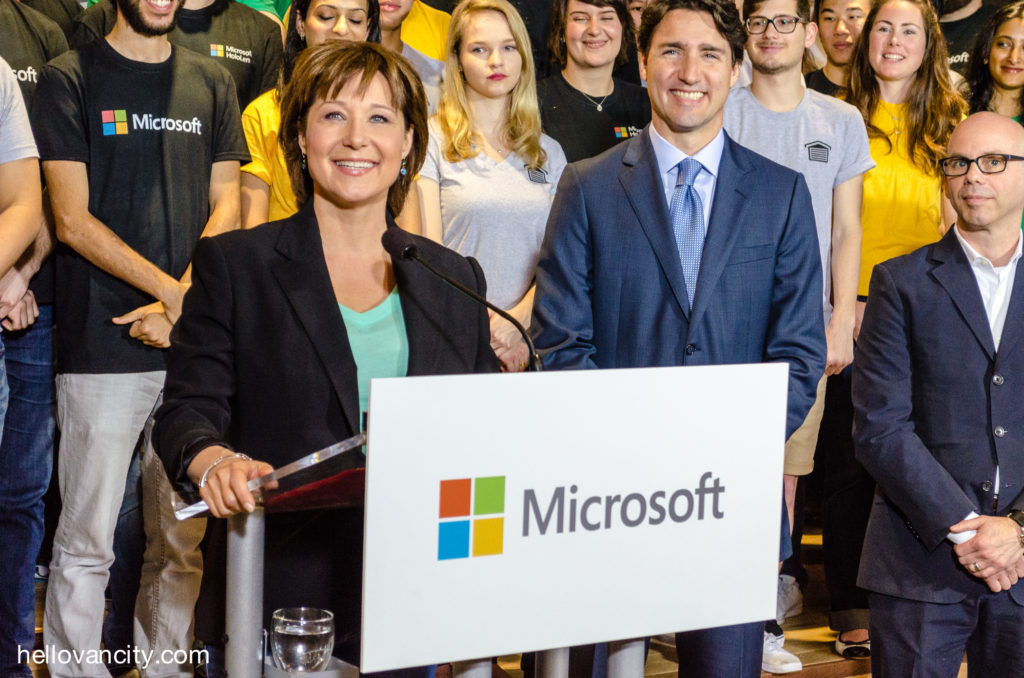 â€œThe centre will serve as yet another gateway between British Columbia and the world.â€ said the Hon. Christy Clark, Premier of British Columbia. This is further evidence of the talent and potential that Vancouver and the B.C.â€™s thriving tech sector have to offer, and weâ€™re pleased that Microsoft has made such a strong commitment to the future of innovation in this province.â€ 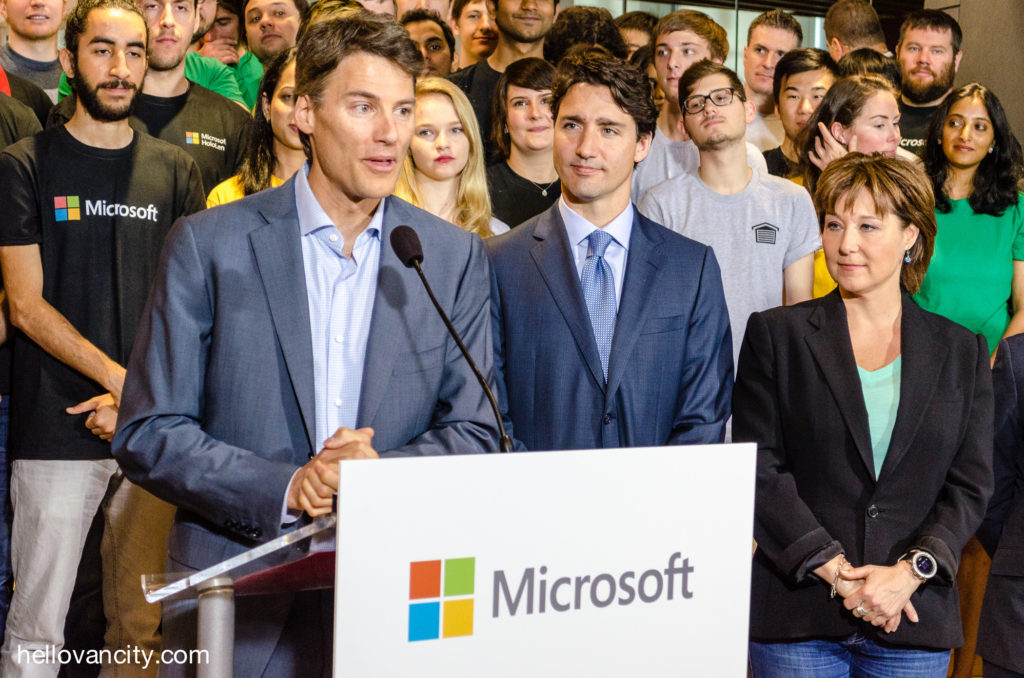 â€œItâ€™s no coincidence that Vancouverâ€™s nation-leading economy is also the home to world-class tech talent filling 75,000 technology jobs with another 15,000 expected in the next three years,â€ says Mayor Gregor Robertson. â€œVancouverâ€™s diverse and entrepreneurial tech ecosystem is a big draw to leading global companies like Microsoft who, time and time again, choose Vancouver as a centre of innovation and excellence.â€ 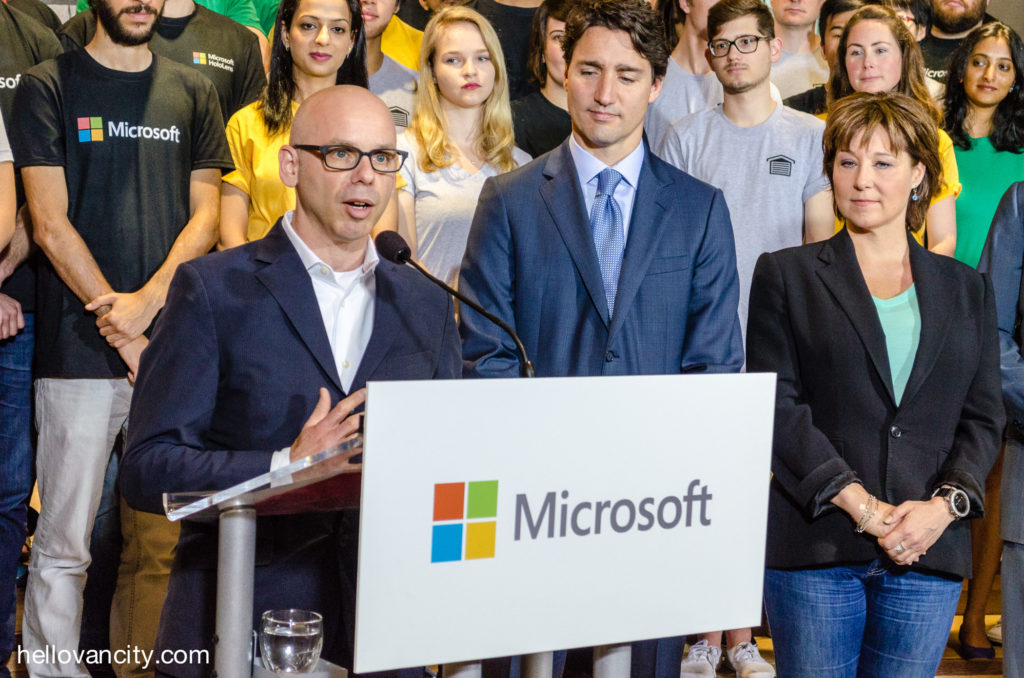 â€œTechnology is driven forward by the best and brightest. The diverse makeup of the people of this city, and this country, are a significant advantage,” said Edoardo De Martin, Director of Microsoft Canada Excellence Centre. “Our goal is to bring dynamic local talent, both senior and developing, together with the best and brightest from around the world to make Canada a leader in innovation.â€ 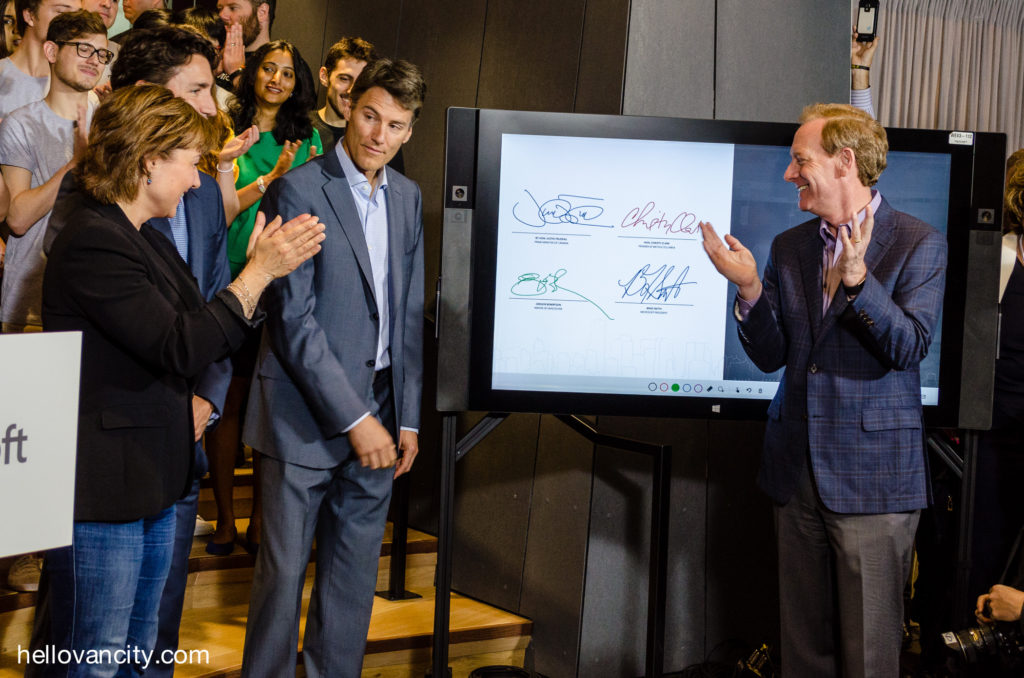 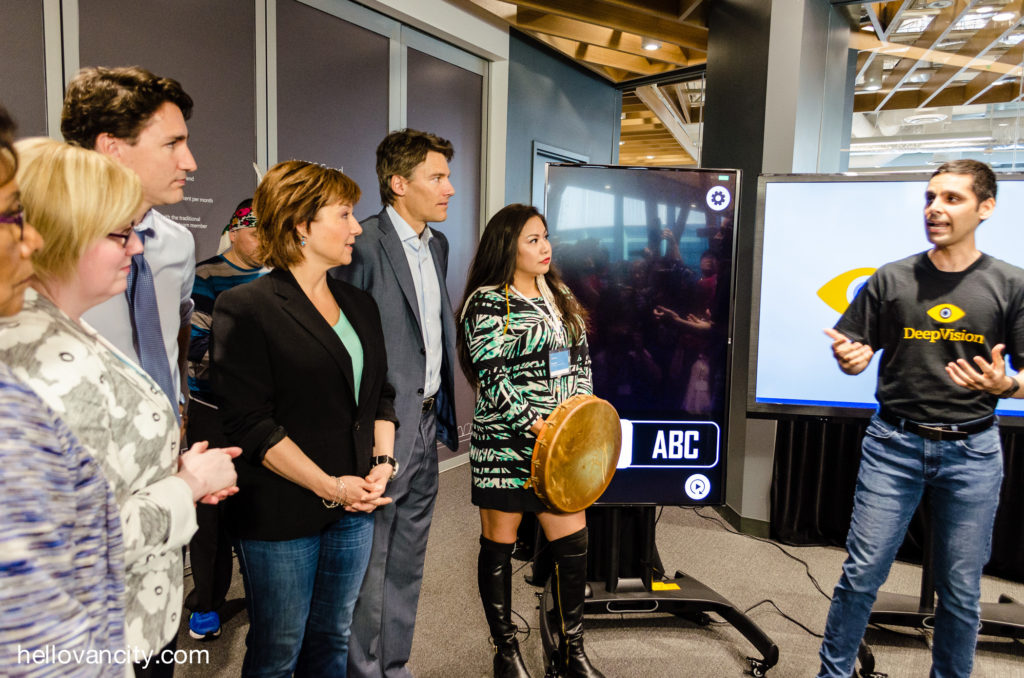 The Seeing AI is research project that help the visually impaired. It uses computer vision and natural language processing to describe a personâ€™s surroundings, read text, answer questions and even identify emotions on peopleâ€™s faces. It can be used as a cell phone app or via smart glasses from Pivothead.