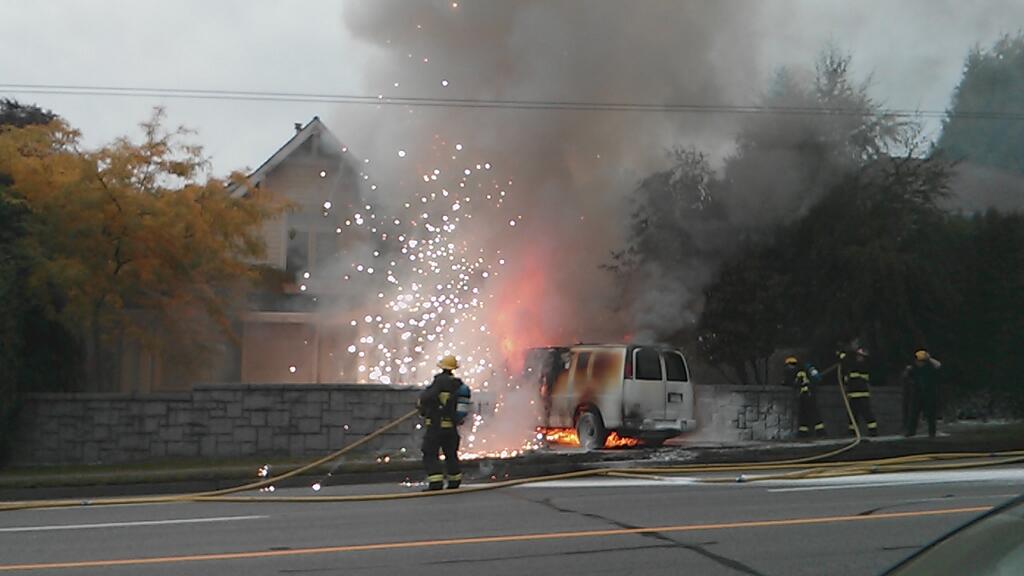 Police say a white panel van caught fire after it crashed into a concrete wall at 53rd and Oak streets around 3:00 pm.

During the crash, another vehicle was struck and two occupants of that car were taken to hospital with unknown injuries.

According to the Vancouver Police Department statement:

Police and Vancouver Fire (VFRS) remain on scene at Oak near 53rd for a collision involving a white panel van that crashed into a concrete wall.

The van caught on fire and two men fled the scene. Another vehicle was struck and the two occupants of that car have been taken to hospital with unknown injuries.

Police are continuing to attempt to locate the two men who fled with the help of a police dog.

Initially it appeared and was believed that equipment or chemicals for a meth lab were in the van, but unfortunately police have not been able to confirm that at this time.
As a precaution, the residents in the immediate area have been evacuated and the VFRS Hazmat is on scene.

There have been no arrests and the investigation is ongoing. The area will be closed to traffic for some time as investigators determine the cause of the collision and the fire.