The meteor â€” estimated to be about 10 tons â€” entered the Earth’s atmosphere at a hypersonic speed of at least 54,000 kph and shattered into pieces about 30-50 kilometres above the ground, the Russian Academy of Sciences said in a statement.

The meteor hit less than a day before Asteroid 2012 DA14 is to make the closest recorded pass of an asteroid to the Earth â€” about 28,000 kilometres. But the European Space Agency in a tweet said its experts had determined there was no connection â€” just cosmic coincidence.

Meteroids are small pieces of space debris â€” usually parts of comets or asteroids â€” that are on a collision course with the Earth. They become meteors when they enter the Earth’s atmosphere. Most meteors burn up in the atmosphere, but if they survive the frictional heating and strike the surface of the Earth they are called meteorites.

One of the most popular jokes was that the meteorite was supposed to fall on Dec. 21 last year â€” when many believed the Mayan calendar predicted the end of the world â€” but was delivered late by Russia’s notoriously inefficient postal service. 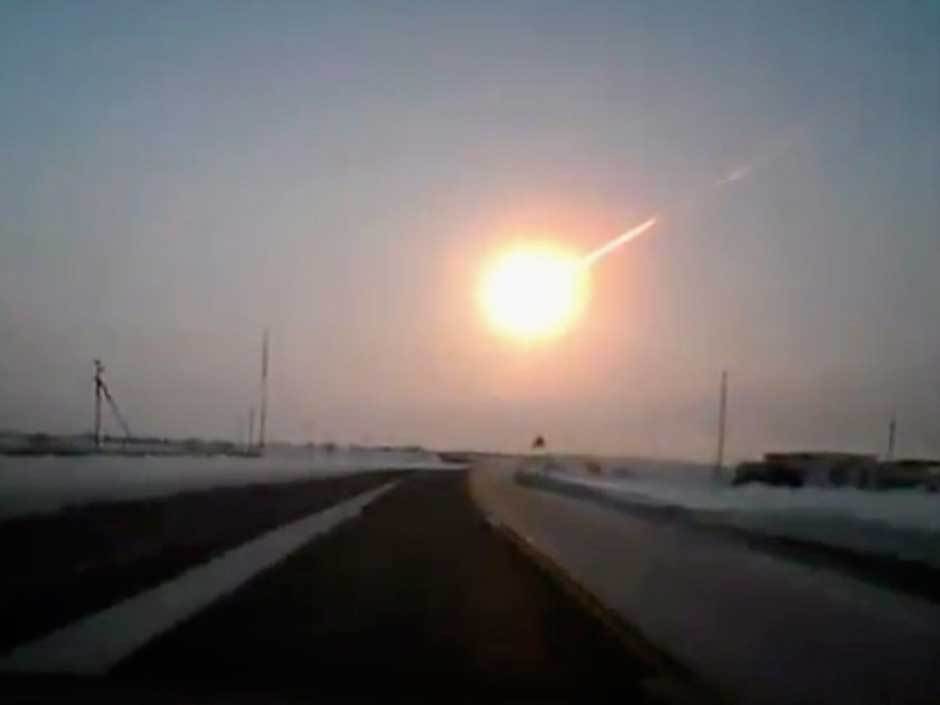