The British Columbia Real Estate Association (BCREA) reports that a total of 3,410 residential sales were recorded by the Multiple Listing ServiceÂ® (MLSÂ®) in BC during January, up 1.8 per cent from December on a seasonally adjusted (SA) basis, but down 13.6 per cent compared to January 2012. Similarly, total sales volume increased 3.8 per cent SA, but declined 16 per cent from the same month last year. The average MLSÂ® residential price in the province was $514,134, up 3.2 percent from December, however, down 2.7 per cent from a year ago. 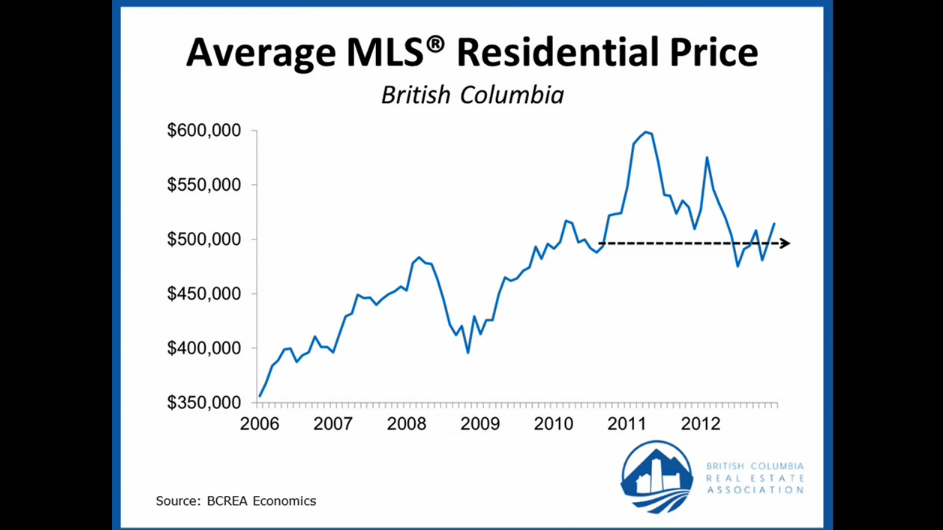