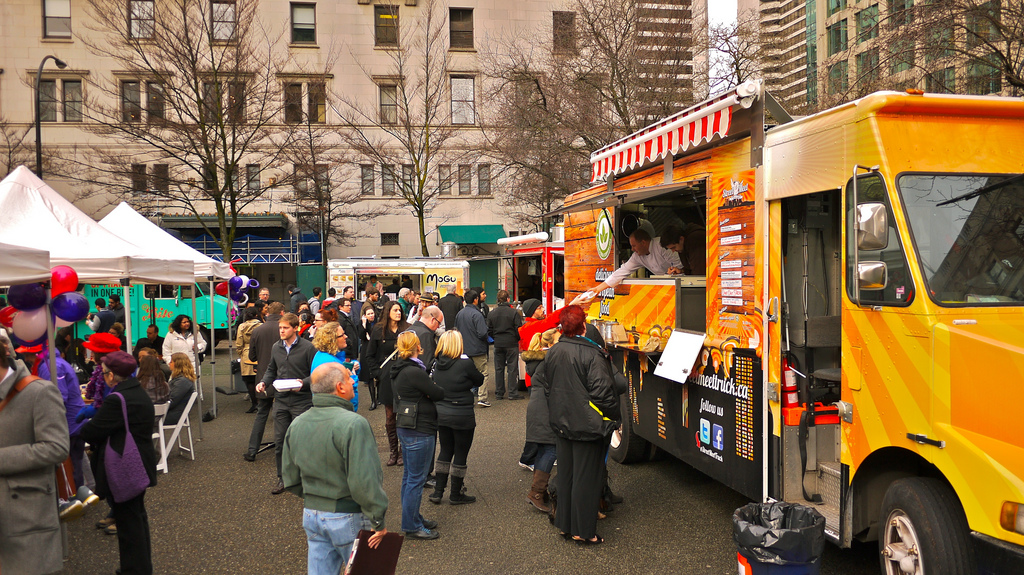 â€œVancouverâ€™s street food program continues to grow, showcasing some of the best culinary talent in our city,â€ said Mayor Robertson. â€œOur street food vendors are gaining international accolades, and this yearâ€™s additions are enlivening our streets with even more diverse flavours.â€

This year, vendors were also invited to apply to set up in one specific location, along with other vendors. This food truck group or â€˜podâ€™ concept benefits both the public and vendors by offering more choices in one location. Seven of the new vendors will be located along Hamilton Street outside the Queen Elizabeth Theatre.

The Cityâ€™s Street Vending Program received 29 applications for 15 new stationary permits this year. This yearâ€™s applications were reviewed by a four member selection panel with expertise in small business and the food industry, as well as the Cityâ€™s Engineering Department and Vancouver Coastal Health.