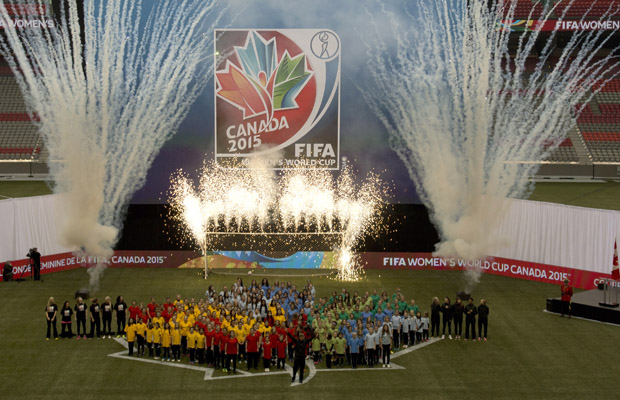 Vancouver will host the gold medal gameÂ of the 2015 FIFA Womenâ€™s World Cup and eight other games leading up to the final.

The news was announced this morning at simultaneous press events in Switzerland, Edmonton and here in Vancouver.

â€œThe FIFA Womenâ€™s World Cup final is the pinnacle of womenâ€™s international soccer and the single largest womenâ€™s sporting event in the world,â€ Mayor Gregor Robertson said. â€œMillions of fans around the world will be focused on Vancouver for the final match and we look forward to welcoming international fans to the city and hosting a truly memorable celebration.

â€œWe will be cheering for Team Canada from the opening match and hope the team will be part of an exciting final. The teamâ€™s exceptional play and bronze medal finish at the London Olympics was a huge inspiration for Canadians and especially young players.â€

Twenty-four national teams will participate in the FIFA Womenâ€™s World Cup Canada 2015 in a series of coast-to-coast games. Last year, Vancouver, Edmonton, Winnipeg, Montreal, Ottawa, and Moncton were all named host cities for the tournament.

â€œVancouverâ€™s parks and playing fields welcome thousands of children who learn and play soccer every year, rain or shine,â€ said Park Board Chair Sarah Blyth. â€œHaving the best women soccer players in the world showcase their sport, passion and exceptional skills in Vancouver will be a tremendous inspiration for girls, young women and all the players who strive to play well and dream of competing at the highest levels.â€