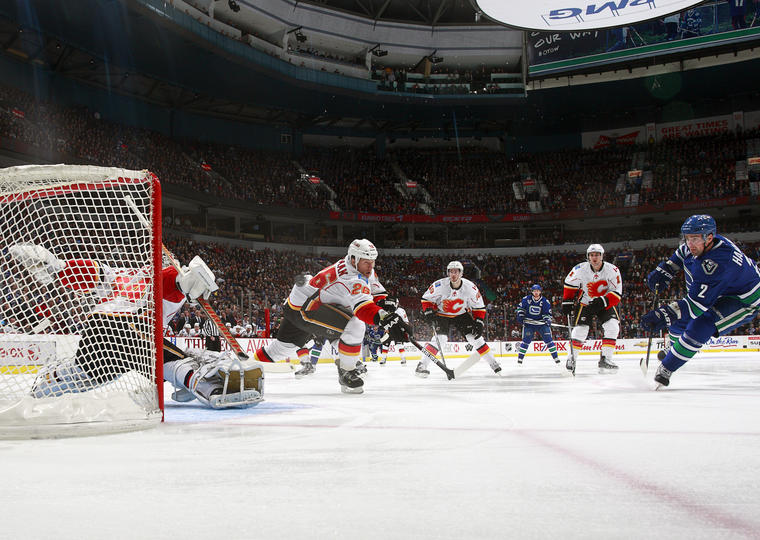 Vancouver’s top line combined for eight points and Cory Schneider made 36 saves as the Canucks defeated the reeling Calgary Flames 5-2 on Saturday.

Henrik Sedin scored an empty-netter and earned assists No. 600 and 601 of his career, Daniel Sedin added three assists and Alex Burrows scored and added an assist to pace Vancouver (21-11-6), which has won eight of its past 10 games.

Dan Hamhuis, Dale Weise and Alex Edler had goals for the Canucks as well.

With a chance to move four points ahead of idle Minnesota for the Northwest Division lead, the Canucks jumped to an early 2-0 lead, relied on Schneider when the Flames pushed back, then added a couple of insurance goals to earn the victory.

Hamhuis got Vancouver on the board 34 seconds into the game, converting a pretty Burrows feed on a 2-on-1 after Flames defenceman Mark Giordano got caught up ice.