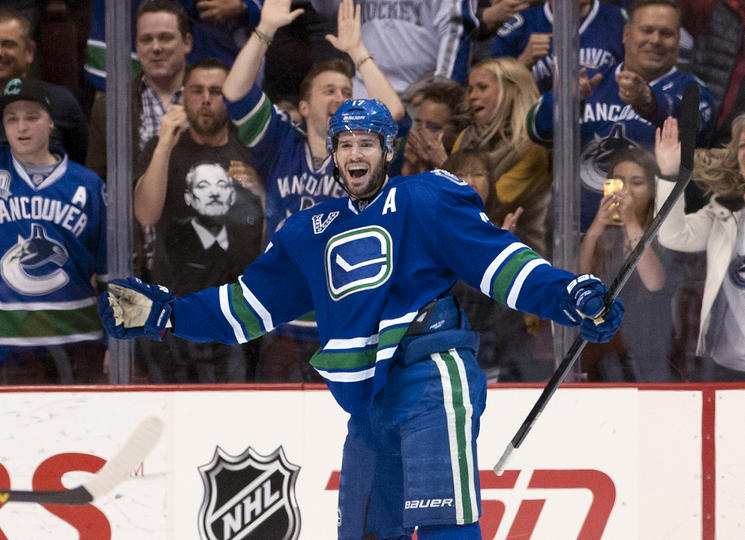 Ryan Kesler scored in his return to the lineup and Cory Schneider made 19 saves as the Vancouver Canucks defeated the Phoenix Coyotes 2-0 on Monday.

Kesler opened the scoring at 7:26 of the first period on what looked to be a failed odd-man rush. Kevin Bieksa took a pass at the point from Zack Kassian but fanned on his point shot.

However, the puck came right to Mason Raymond at the side of the net, who bounced it off the post where Kesler was to score the goal.

Schneider picked up his fifth shutout of the season, tying Phoenix’s Mike Smith and Nashville’s Pekka Rinne for first in the NHL. It was his 11th consecutive start and his ninth career clean sheet.

Schneider and the Canucks had to kill off a penalty with just over a minute left in regulation when Kesler took a tripping penalty in the offensive zone. But Keith Yandle missed a pass from Antoine Vermette and the puck went the distance for a short-handed empty-net goal for which defenceman Dan Hamhuis was credited.