Fares for buses, Skytrain, and West Coast Express are going up at leastÂ 10% on January 1, 2013 to cover inflationÂ costs.

The price of FareSaver tickets stays the same.

A couple of things to bear in mind 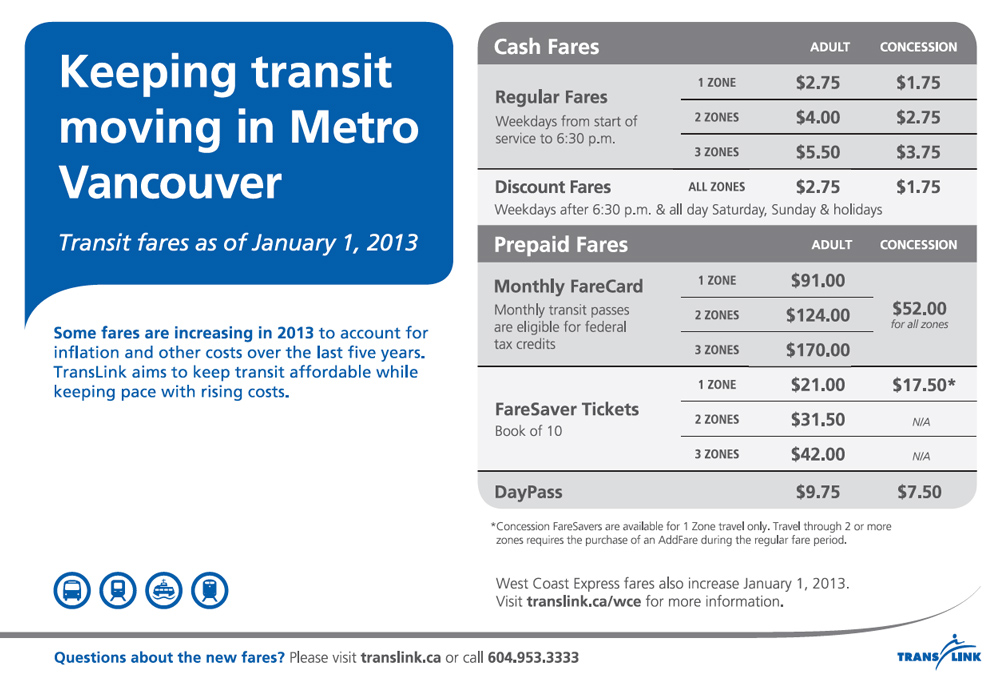