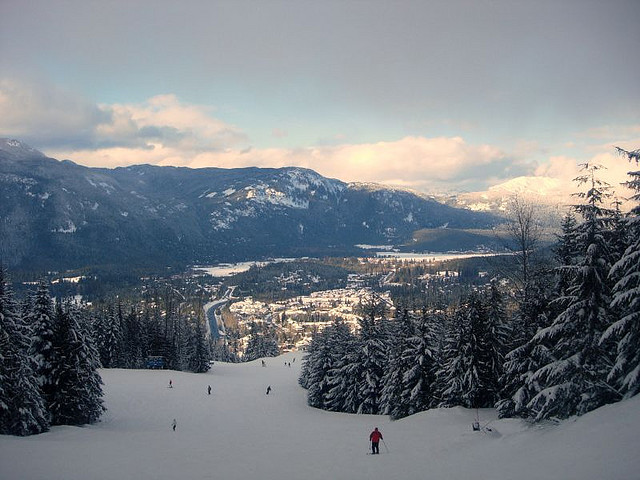 With some of the best snow conditions in North America, the resort of Whistler in the Vancouver, coast and mountain regions of British Columbia is seeing the business benefits of a La NiÃƒÂ±a winter — and it’s only January.

Last year, a La Nina weather system dropped record-breaking amounts of snow on Whistler Blackcomb (52 feet of cumulative snowfall) and 2012 is shaping up to be another white winter, with twice the snowfall of most major US ski resorts. Already hosting the best snow conditions on the continent, Whistler has received 18 feet of snow so far this season and more snow is in the forecast.

Not only does Whistler have the snow, it also has the terrain to enjoy it: Whistler Blackcomb is 100 percent open, offering 8,171 skiable acres of terrain Ã¢â‚¬â€ more than any other destination in the US and Canada. The resort offers two mountains that rise one vertical mile from the valley floor, more than 200 trails, three glaciers, 37 lifts, 16 alpine bowls and the world-record breaking Peak 2 Peak Gondola — plus one of the longest seasons in North America, running through late April with summer glacier skiing and riding until late July.

Visitors to Whistler also have several new activity options this winter, including: new public ride programs for bobsleigh and skeleton that provide guests with the thrill of gliding down the track at more than 100 kilometres per hour at the Whistler Sliding Centre and a new outdoor skating surface, free to the public, in the heart of Whistler Village.