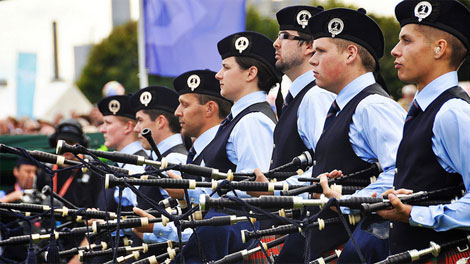 Simon Fraser University’s pipe band has hit a sour note in its hopes for a three-peat world bagpipe title.

An estimated 53,000 spectators watched as the Burnaby, B.C., band tied for third place at the World Pipe Band Championships in Glasgow, Scotland.

“But as we see it, we’ve officially finished in the top three and that’s still a good feeling,” Lee said. “We’ve been here before. We’ll be back.”

Twenty-six bands from around the world participated in the competition.

“We know that we can’t expect to win the championship every time. We also know we can bounce back.”