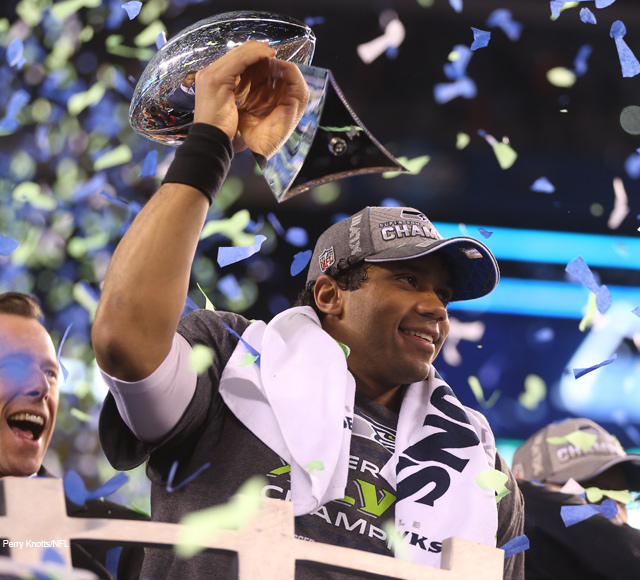 Linebacker Malcolm Smith returned an interception of a Peyton Manning pass 69 yards for a touchdown late in the first half Sunday, and Percy Harvin returned the opening kickoff of the second half 87 yards for another TD.

The Seahawks led 36-0 before Denver finally scored on the last play of the third quarter.

Manning was 34-of-49 passing for 280 yards, but most of that came after Seattle had all but put the game away. He was flustered by Seattle’s fierce defense for most of the first half, throwing two interceptions. The second fluttered into Smith’s hands after Cliff Avril struck the five-time NFL MVP’s arm as he was releasing the ball.