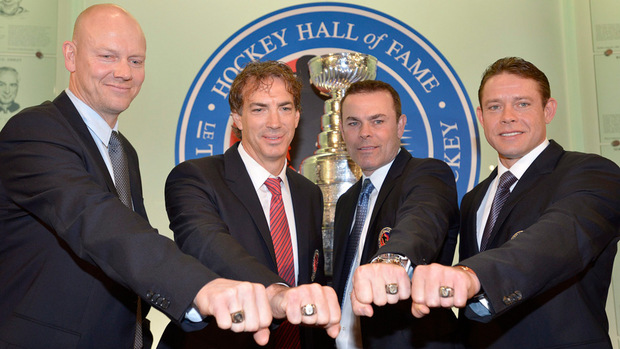 Pavel was dubbed ‘The Russian Rocket,’ and his blazing speed and goal-scoring prowess made Pavel Bure a star in both the National Hockey League and in international play.

Pavel Vladimirovich Bure was born March 31, 1971 in Moscow, the son of Tatiana Gvovana and Vladimir Bure. Pavel’s father competed for the Soviet Union in swimming at the Olympic Games in 1968, 1972 and 1976, winning four medals. Pavel’s grandfather also competed in the Olympics as a goalkeeper on the Soviet Union’s water polo team.

Pavel’s NHL career consisted of 702 regular season games in which he scored 437 goals and 342 assists for 779 points. His abbreviated career also included 70 points (an equal number of goals and assists) scored in 64 playoff contests.