In today’s culture of ‘getting things done’ the screen may seem like an easy solution. A recent survey commissioned by ParticipACTION found 76 per cent of parents in British Columbia with children 12 and under have used a screen to occupy their children when they are busy, trying to get things done or want some quiet time. But, it’s important to remember moderating kids’ screen time is essential for healthy development. ParticipACTION and Healthy Families BC launch a new co-branded campaign, Make Room for Play, to encourage and support parents, caregivers and educators in British Columbia to reclaim kids’ time spent in front of screens for physically active time.

The average Canadian child spends seven hours and 48 minutes a day in front of screens – that’s almost a 40-hour work week. However, only 54 per cent of parents in British Columbia are concerned about the screen-time habits of their children. Too much screen time can make it hard for a child to sleep at night, raise a child’s risk of attention problems, and leave less time for active, creative play.

The good news – 91 per cent of parents in British Columbia say they plan to make physical activity a priority for their children in the New Year, and the Make Room for Play campaign offers a great opportunity to help parents get their children more active. The campaign, which launched today, includes a series of four 30-second videos running on television, in cinema and online, supported by digital ads, social media and tips and tools for parents and caregivers.

Visit http://www.participaction.com/make-room-for-play-bc/ for more information on how kids—from toddlers to teens—can reduce screen time and increase play time, such as:

· Eliminate background TV as it’s likely to draw your child’s attention. Instead, turn on music

· Set a good example and limit your own screen time

· For younger children, avoid using screens as an “electronic babysitter”

· For older children, don’t allow a TV, computer, or cell phone in your child’s bedroom 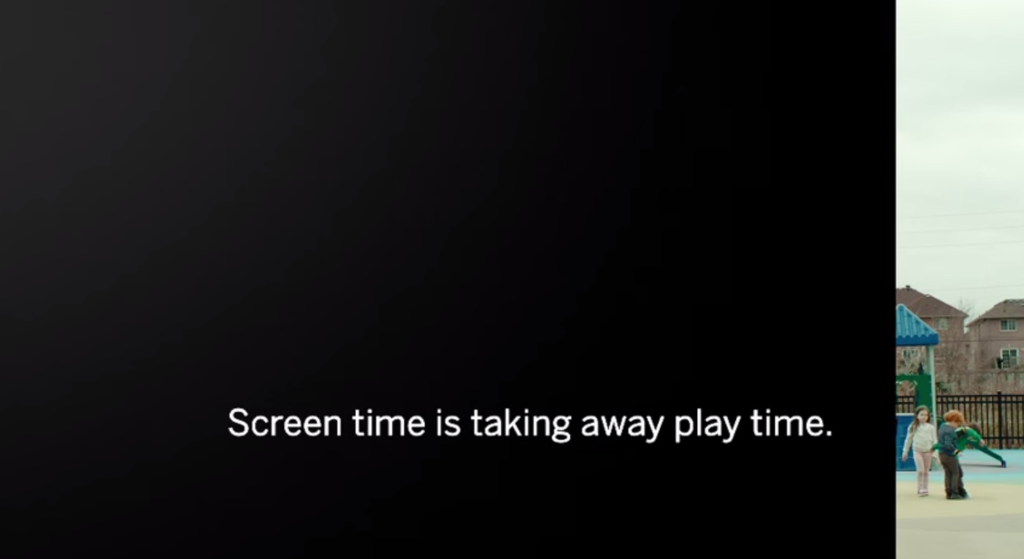