New housing sales stall over transition out of HST 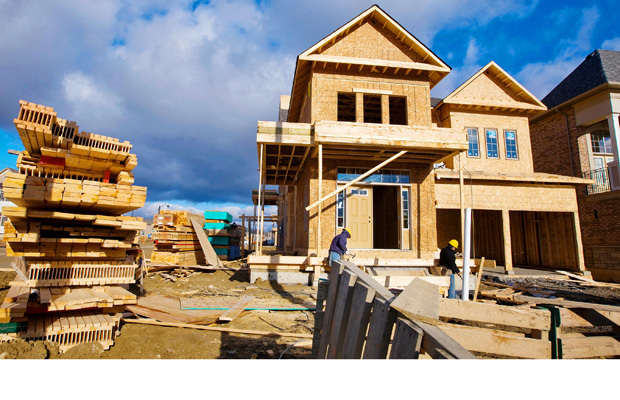 Metro Vancouver’s new home industry is hurting badly over the absence of any transition rules to the return of the provincial sales tax since the harmonized sales tax was defeated in a referendum Aug. 26, three property experts to The Vancouver Board of Trade Friday.

“We are really choked that we don’t have any transition rules yet and are absolutely amazed that our provincial government â€” who probably most of you voted for â€” thought that this thing was fait accompli and there was no Plan B,” said Ward McAllister, president of Ledingham McAllister Properties. “What is amazing to me is that it took them three days to bring this new tax in and now they are telling us it is going to take up to 18 months to unravel. This is really hurting us in the new home business just because of the uncertainty.

“Since the referendum we have been literally begging for transition rules,” he said. “Any of our product that’s $525,000 and over, which is the threshold, is sitting. We are having to make deals and pay a portion of the HST.”

The 12 per cent HST applies to new home sales while the GST-PST regime, new home buyers only paid the five per cent GST. With no transition rules, it is uncertain what the PST will or will not apply to when it is reinstated in 2013.

McAllister and fellow panelists Eugene Klein, president-elect of the Real Estate Board of Greater Vancouver, and real estate consultant Richard Wozny, of Site Economics Ltd. were at the board of trade to debate whether or not Vancouver real estate is in the midst of a bubble. They all agreed it is not, but they leveled their strongest comments at the impact the lack of any rules around the return to the PST is hurting them.

“Buyers, especially the under-25 mark, are sitting on the sidelines,” said Klein. “In my own personal practice, our developers are starting to try to take that risk out of the marketplace by taking it on and include it in the price. We are starting to see units then starting to move with that because the consumer doesn’t know what to do.

“It’s also affecting home renovation projects with HST on them because consumers don’t know what to do,” Klein said.

The HST effect was the only real damper on Metro Vancouver real estate, which the three panelists and moderator David Podmore, CEO of Concert Properties Ltd., all said not a bubble. Podmore wore a button to the conference with the slash symbol for “no” imprinted over the word bubble.

“I am very optimistic about where we are heading,” he said, noting that his company largely pulled out of Metro Vancouver Real Estate in 2007, but went back in 2009.

He cited two reasons for the region’s strong real estate market: immigration and the fact that real estate is being viewed as a hedge against the uncertainty that has hit global finance.

Klein said international interest in Vancouver is attracting foreign buyers. He said buyers are coming here to live, with only three per cent characterized as foreign investors. He said supply is now out-stripping demand, but it has no affected prices. Prices have increases dramatically in some area over the last 12 months; in Richmond by $200,000, in West Vancouver by $275,000 and Vancouver’s West Side by $400,000.

“Demand for high-end properties have helped drive our demand for most of the year,” he said.

“It must be something political or social because it certainly has nothing to do with economics.” he said.

He forecast low interest rates for the foreseeable future, which will translate into continuing sales.

“There is no bubble in Vancouver,” he said.

McAllister had advice for prospective homeowners in their 20s who are questioning whether they should wait for prices to come down. Don’t wait, he said; borrow from mom and dad.

And he warned against selling hoping to get back into the market later.

“Affordability is one of the main concerns in this market and I think will continue to be over the rest of my life.”