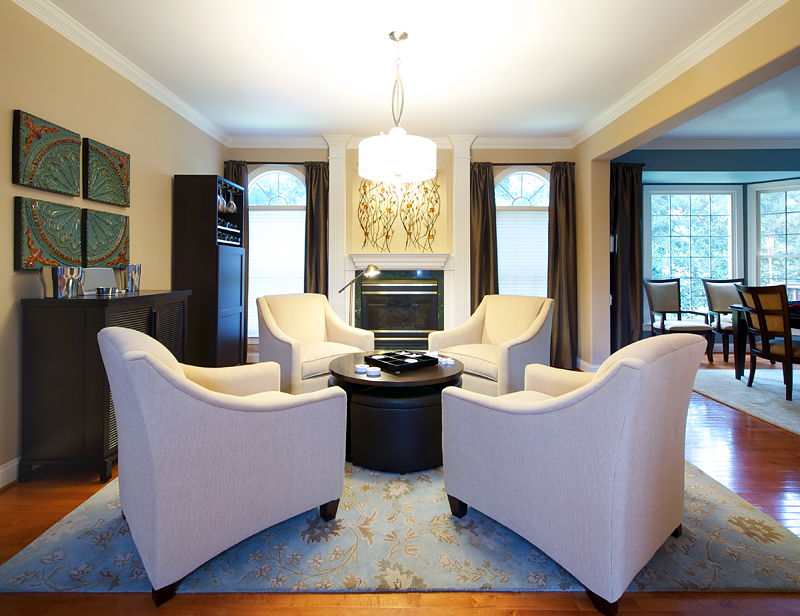 Canadian mortgage rates have held steady since the end of Â the second quarter, and we anticipate they will continue to do so over the next year. The yield on 5-year Government of Â Canada bonds, a common benchmark for 5-year fixed rateÂ mortgages, remains very low and is forecast to rise graduallyÂ over the next year.

The last increase in the 5-year fixed-rate came when theÂ 5-year bond yield was roughly 30 basis points higher than it is today. Given our forecast for bond-yields over the next year, the 5-year mortgage rate is unlikely to rise from its current level of 5.24 per cent until early-to-mid 2013.Â Moreover, Banks and other lenders will likely be in no hurry to raise rates as moderation in the national housing market further intensifies competitive pressures.

The 1-year and variable mortgage rates are also likely to stay flat over the next six months while the Bank of CanadaÂ remains on the sidelines. We are forecasting that the current 1-year rate of 3.1 per cent will prevail until mid-2013 while the variable rate will hold steady at the current Prime lending rate of 3 per cent. 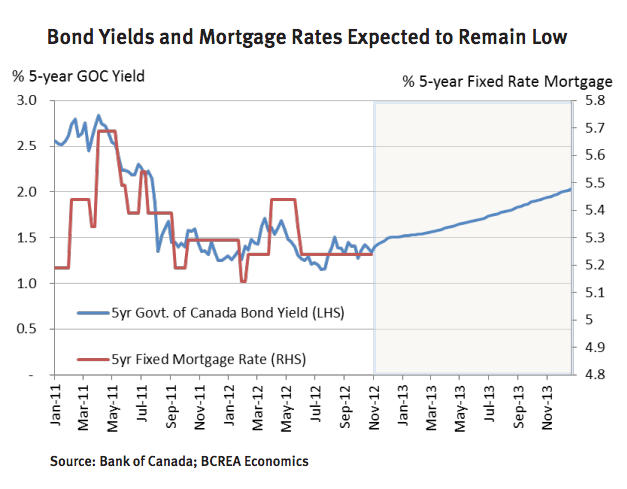 The Canadian economy stumbled in the third quarter of 2012, growing just 0.6 per cent at an annualized rate. The economy is clearly feeling the effects of still sluggish US economic growth as well as a wider slowdown in the global economy. Canadian exports fell by 2 per cent last quarter, the largest decline since the 2009 recession.

Exports may not fare much better next year as the global economy faces ongoing uncertainty. The US economy is at a fiscal crossroads and will likely see sluggish growth for another year. Much of Europe is mired in either recession or near zero growth and even the Chinese economy appears to be slowing down.

Against this backdrop, the Canadian economy should continue to produce consistent, if underwhelming, growth near 2 per cent in 2013, before accelerating in 2014. The most significant risk to that forecast is surely the looming â€˜fiscal cliffâ€™ in the United States â€“ a $700 billion austerity bomb set to go off in January 2013 unless the US congress can reach a compromise. If not, expiring tax cuts and reductions in government spending amounting to over 4 per cent of US GDP will start impacting growth in the US economy. EveryÂ 1 per cent change in US real GDP translates to about a 0.3 to 0.6 per cent impact on Canada.

Therefore, failure to avoid the full impact of the fiscal cliff could subtract as much as 1 to 2 per cent off of Canadian GDP in 2013, enough to potentially push Canada into a shallow recession. Of course, as Winston Churchill famously said, â€œAmericans can be counted on to do the right thing, after they have exhausted all other possibilities,â€ so it is likely that a deal will be reachedÂ that avoids a worst case scenario, but not without a lot of political posturing first.

The biggest news out of the Bank of Canada this year had nothing to do with changes in monetary policy, but rather changes in personnel as it was announced that Bank of Canada Governor Mark Carney would be departing to helm the Bank of England. Some haveÂ compared the loss of Carney to the tragic memory of Canada losing Wayne Gretzky to the Los Angeles Kings in the 1980s. However, like the powerful Edmonton Oiler teams of that decade, the Bank of Canada and the wider population of Canadian economists is richÂ in talent and replacing Carney with someone equally qualified should not be a problem.

Moreover, monetary policy in Canada is rules based, guided by a legislated inflation control mandate. Therefore, even the loss of a talented policy maker like Carney will likely have little impact on the path of Canadian interest rates.

The outlook for growth and inflation over the next eight quarters suggests that interest rates should start to tick higher around the middle of 2013. However, the Bank has been careful to note that a withdrawal of monetary stimulus will be contingent on a stable global economy as well as the state of household debt burdens. The Bank will likely be cautious in unwinding monetary stimulus if Canadian household debt, which has been growing at a more sustainable rate in the past few quarters, changes direction. We are forecasting that the Bank will leave its overnight rate unchanged through most of 2013 before raising rates by 25 basis points late next year. 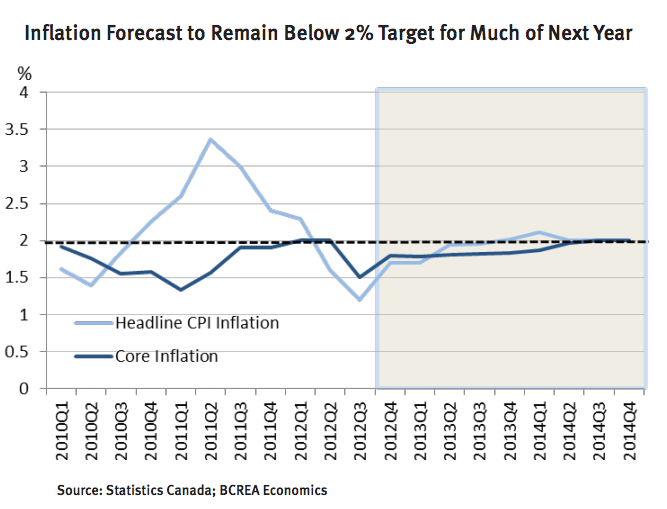