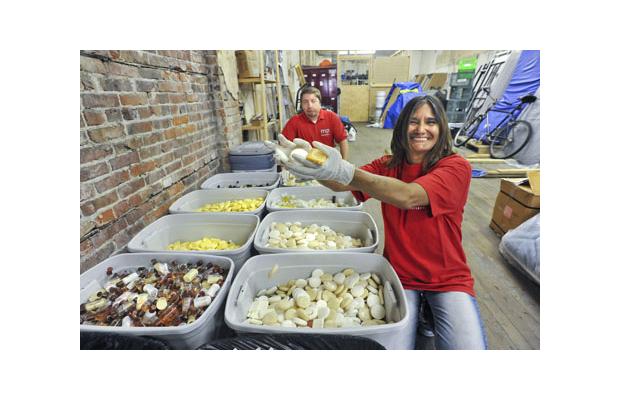 “Over 3.5 million deaths occur every year from respiratory infections and digestive infections in children under five,â€ Postlewait said. “These deaths are preventable – up to 60 per cent just with proper hand washing.â€

“I know what itâ€™s like to be dirty,â€ said Edge, 49, a recovering alcoholic and drug user, and former sex worker. “Iâ€™ve lived on the streets and at one time, I didnâ€™t care about being clean.

“But now that I have two kids I sponsor in Africa, this [program] really touches my heart. Clean body… clean mind.â€ Edge said.

The program, the first of its kind in Canada, is a “win-win for everyone,â€ Postlewait said.

“This is good for the environment, because itâ€™s recycling. And you are creating green dignified jobs for women at-risk while saving the lives of children around the world,â€ he said.

“We care about sustainability and our guests want to know what we are doing that is green,â€ she said.