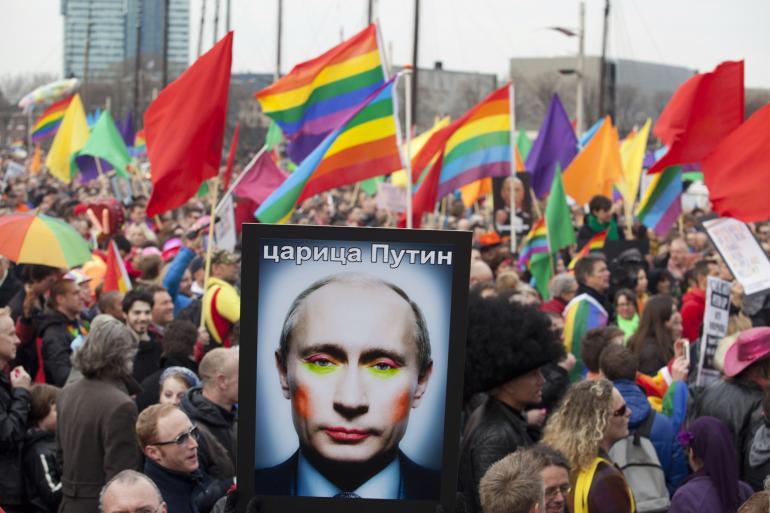 Mayor Robertson spoke out against discriminatory legislation and violent crackdowns on the human rights of the LGBTQ community in Russia, particularly in the lead-up to the 2014 Sochi Olympic and Paralympic Games.

Russia’s newly-adopted anti-gay laws are already the subject of worldwide controversy. The laws have already been used to justify police brutality against Russian LGBT activists as well as the imprisonment of advocates. LGBT advocates have called for the boycott of many Russian goods.

â€œAs host Mayor of the Vancouver 2010 Winter Olympic and Paralympic Games, I have been alarmed to learn of further discriminatory legislation and violent actions targeting the LGBTQ community in Russia ahead of the upcoming 2014 Games in Sochi.â€

â€œIt is my firm belief that the Olympic and Paralympic Games should be fully and unequivocally open to all athletes, officials, spectators and journalists who are able to participate, regardless of their nationality, gender, or sexual orientation. It is clear to me that the Russian parliamentâ€™s homophobic assault on the fundamental human rights of the LGBTQ community will prevent many of these individuals from safely and openly participating in Sochi.

â€œAs we welcomed the world for the 2010 Winter Olympic and Paralympic Games, we were proud to have the opportunity to showcase the diversity, acceptance, and freedoms that make Vancouver such a vibrant place to live and visit. We were also proud to feature the first Pride House at any Olympic Games, which provided a safe space and resource centre for LGBTQ athletes, coaches, spectators and other visitors. I am dismayed to see this important progress rolled back ahead of the next Olympics in Sochi.

â€œI would like to join the millions worldwide who are calling upon Russia to end its violent crackdown on the human rights and free expression of the LGBTQ community ahead of hosting the world in Sochi. I am also calling upon the International Olympic Committee and International Paralympic Committee to urgently explore every possible option to ensure that the next Olympic and Paralympic Games are hosted in a manner that guarantees the full, safe, and open participation of the LGBTQ community.â€