Hamilton Watches, known for their leading role in the worlds of aviation and cinema, as well as their innovative and precise timekeeping expertise, return to the big screen this fall, in 20th Century Foxâ€™s epic adventure, The Martian.

During a manned mission to Mars, Astronaut Mark Watney (Matt Damon) is presumed dead after a fierce storm and left behind by his crew.Â  But Watney has survived and finds himself stranded and alone on the hostile planet. With only meagre supplies, Watney must draw upon his ingenuity, wit and spirit to subsist and find a way to signal to Earth that he is alive. Millions of miles away a team of international scientists work tirelessly to bring the Martian home, while his crewmates concurrently plot a daring, if not impossible, rescue mission.Â As these stories of incredible bravery unfold, the world comes together to root for Watneyâ€™s safe return. Based on a best-selling novel, and helmed by master director Ridley Scott, The Martian features a star-studded cast that includes Jessica Chastain, Kristen Wiig, Kate Mara, Michael Pena, Jeff Daniels, Chiwetel Ejiofor, and Donald Glover.

The Martian opens in theaters on October 2nd 2015.

Reliable timekeeping is crucial not only for Hamilton Watches but also for the leading character in the film, scientist Mark Watney. (Matt Damon). Every second counts and time means survival, so the obvious timepiece chosen to fit such a challenging role is the military-inspired Hamilton BelowZero. This pitch black Hamilton timepiece is a helpful tool for Watney to pull off his mission in such extreme and dangerous circumstances. It features four octagonal bold screw tops around the watch case and a sporty black rubber strap with a double-holed buckle, ensuring a secure fit on the wrist. The Hamilton BelowZeroâ€™s rugged and robust high-tech design strike a perfect balance to Watneyâ€™s pioneering spirit and need for precision.

The action adventure The Martian also features other signature Hamilton pieces worn by additional cast members: The X-Wind Limited Edition can be seen on the wrist of Rick Martinez (Michael PeÃ±a) and the Pilot Pioneer Aluminum is worn by Commander Melissa Lewis (Jessica Chastain) and Beth Johanssen (Kate Mara). Inspired by Hamiltonâ€™s earliest timepieces, the pocket watches which were originally designed to meet the needs of U.S. railroad timekeeping in 1892, the RailRoad Auto Chrono, is worn by Chris Beck (Sebastain Stan).Â As the crew plan their incredible mission to bring the Martian home while wearing above-mentioned Hamilton timepieces, we recognize once again the spirit of precision and reliability, which are great attributes equally shared by Hamilton Watches! 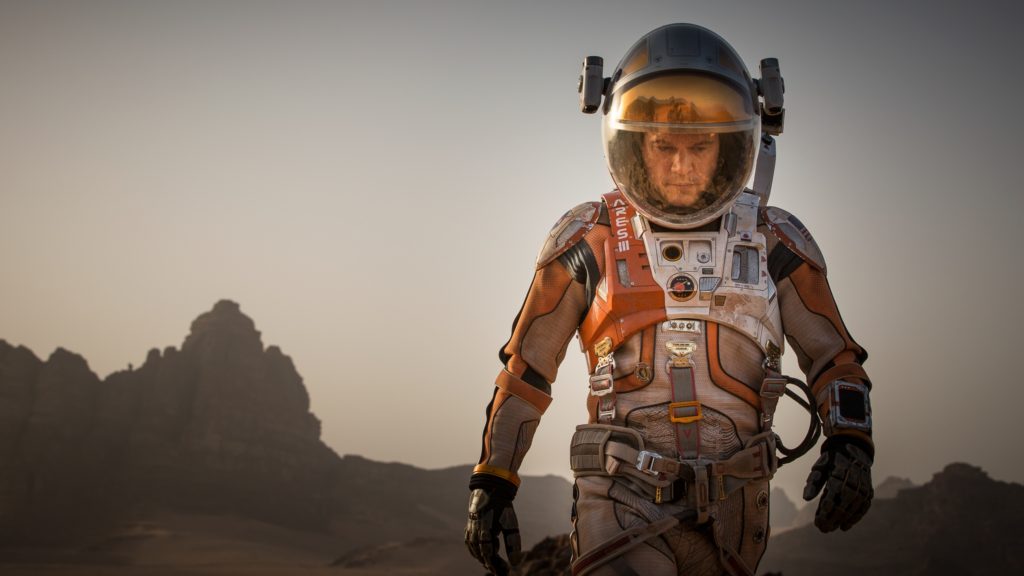 This â€starringâ€ role in The Martian is the latest in over 450 movie placements for Hamilton. The first came more than 60 years ago when the brandâ€™s watches first appeared in The Frogmen. Since then, Hamilton has worked closely with costume designers and prop masters to supply watches to filmmakers. “Our work withÂ The Martian underlines the essence of the brand â€“ the American Spirit and Swiss Precision.Â Such attributes are so well reflected by the star-studded cast in their challenging roles, so our timepieces really are the perfect fit for this movie. Furthermore itÂ exemplifies the ongoing relationship we have had with Hollywood over the past six decades and how weâ€™ve collaborated with many talented behind-the-scenes professionals to help bring their characters to lifeâ€ said Sylvain Dolla, CEO of Hamilton International Ltd.

Due to its continued involvement with Hollywood, Hamilton recognizes the wide spectrum of opportunities associated to the red carpet. With this in mind, the brand created the Hamilton Behind The Camera Awards, held in both Los Angeles and Shanghai. The awards pay tribute to the brilliant off-screen talent that contribute to the quality of a motion picture and to the lasting impression it makes on its audience.

The BelowZero Auto 2826 is perfect for even the most daring of deep water adventures! It is water resistant to a depth of 1,000 meters and is equipped with a helium escape valve. With a thickness of 5.6 mm, the convex crystal – reminiscent of a smooth bubble – is also well prepared for any underwater exploration. The design of the watch reflects its performance capability, boasting such details as a fish symbol, which expresses the extent of the water resistance and a diving mask pictured on both the case back as well as on the special, rubber-feel presentation box.