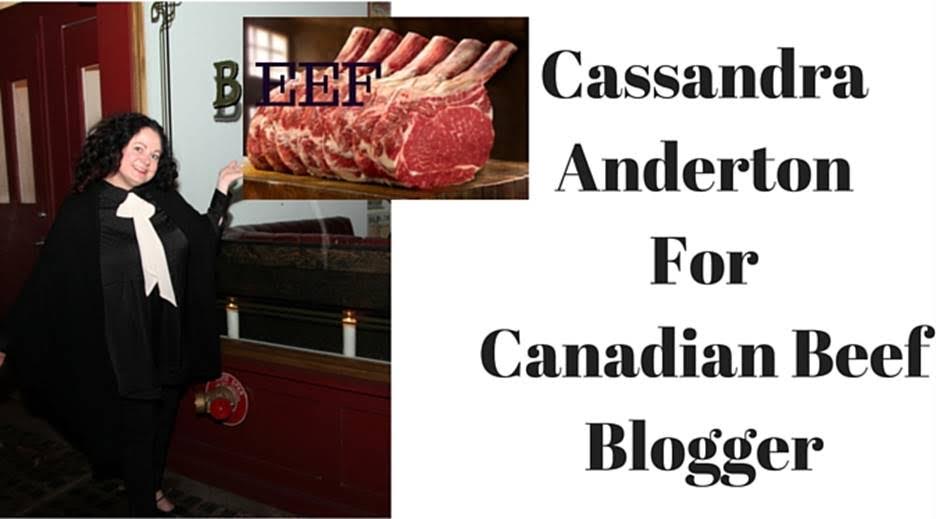 Cassandra Anderton has thrown her (cowboy) hat into the ring in the hope that she is picked for the next Canadian Beef Blogger Ambassador. Anderton reminds us that the real question shouldn’t be “Where’s the BEEF? ”, it should be where’s the CANADIAN BEEF?? She’d love to encourage beef eaters to source their meat from Canada’s hard working Canadian Beef Farmers and is in the running for Beef Ambassadorship.

Cassandra Anderton is a Vancouver-based food writer, broadcaster and publisher of the blog Good Life Vancouver. She’s constantly explore the local food scene and that of the places she travels to and knows there’s work to be done to spread the news about just how great Canadian beef is.

Anderton’s roots are in farming, as her family farmed cattle in New Zealand and when her parents moved from New Zealand to Canada, the family carried that farming tradition on a smaller scale, raising sheep, pigs and chickens on a small hobby farm in Kelowna.

Now a true Canadian, she always spend the majority of her food budget on local food and, when it comes to meat, buys right from the farm, or her local butcher, who can ensure that it’s raised locally and ethically.

Anderton filmed her entry video at her local butcher, Pete’s Meats on Arbutus Street in Kitsilano, where her and her chef partner, Chef Michael Smith (not to be confused with the celebrity Chef Michael Smith) often shop for dinner.

If you pick Cassandra she promises lots of culinary spreading then news about Canadian Beef with lots of humour and plenty of good meaty times.

Anderton is currently the Avocados From Mexico Canadian Ambassador and has represented Canadian Dairy Farmers as a cheese ambassador. If she wins the competition she will travel to Mexico to spread the word about Canadian Beef.

How about a vote for our local talent?