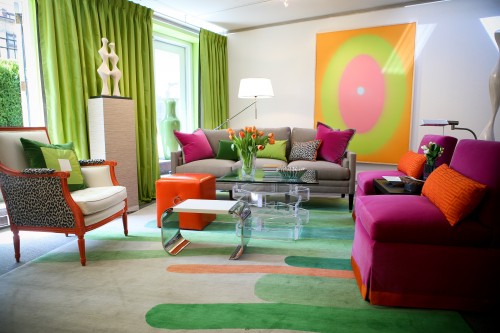 East Vancouver’s Kingsway Avenue has long been known for its steady stream of auto dealerships, strip malls, fast-food restaurants, cut-rate motels and as a quick route to somewhere else.

In what’s regarded by many as part of the area’s renaissance, a 12-storey condominium tower in the 2700-block of Kingsway is now being marketed as part of a city plan to take advantage of the Norquay neighbourhood’s central location and turn it into a more people-friendly place emphasizing higher densities, newer shops and services, wider sidewalks and other public amenities.

Skyway Towers, the first highrise development under the Norquay Village Neighbourhood Centre Plan, is a 130-unit project that includes nine commercial units to be built on the site of the old Wally’s Burgers.

It includes two buildings — the 12-storey tower and a four-storey building — with a 13-metre-wide breezeway between them.

“We’ve sold about 50 per cent [of the units] in pre-sales,” says John Skender, head of marketing for Thind Properties Ltd., Skyway’s developer. “Construction should start as soon as we have a building permit, within the next two months. We’re looking at early 2014 for occupancy.

“I think it fits in beautifully [with the Norquay plan].”

But Skyway is just one of many new buildings anticipated for the area.

“Some major tracts have been purchased and there will be some huge developments going up,” said Skender, whose Skyway project is aimed at affordability with most units priced between $245,000 and $475,000. “Change is always a little difficult, but there are sections of the city where densification will improve the neighbourhood. This is one of them. Nothing much has changed there in the last 30 years. I see [Norquay] doing a 180-degree turn.”

Under the Norquay plan Ã¢â‚¬â€ which was approved in 2010 despite opposition from many residents critical of highrises in their neighbourhood Ã¢â‚¬â€ Kingsway will experience more housing variety, including towers with a maximum 12 storeys in the plan area, and low-rises, townhomes and duplexes behind them.

It aims to maintain a single-family residential character in key areas, a concern of critics.

The plan for the east Vancouver neighbourhood — between Gladstone in the west to Killarney in the east and 41st in the south to 29th in the north Ã¢â‚¬â€ also includes greater affordability, safer pedestrian amenities and good transit and bicycling connections.

However, East Vancouver resident and city councillor Kerry Jang said the Skyway Tower provides “a real need” and fits well with the plan.

“We’re trying to bring life, livability and vibrancy to the area,” he said. “Now, it’s a provincial highway [and] it’s a bit run down. It can take a lot more density, but we want to be sensitive to single family dwellings. So we’ve limited [towers] to 12 storeys.”

“The land is cheaper, relatively speaking, and there’s great access to the city and Burnaby. There’s well-established Vietnamese and Chinese communities and they’re big buyers.”

Matt Shillito, the city of Vancouver’s assistant director of planning, said the Norquay plan will feature a “transition” of housing types starting with highrises on Kingsway, four-storey apartment buildings behind them, and row homes, townhouses and duplexes behind them.

He noted while the Skyway plan had considerable support, there was also concern about its height. “But people recognize it’s an area in need of revitalization [and] it’s very much in conformity with the plan.”

He said although the plan stipulates a maximum of 10-12 storeys on Kingsway, there are a couple of areas within the plan where towers could go 14 stories and that the city has received one such application on the Canadian Tire site at Gladstone and Kingsway.

“We want to encourage the redevelopment of blocks on Kingsway to improve the retail environment, the streetscape and the public realm,” said Shillito, who said it will take up to 25 years to complete the plan. “Right now, it’s very hostile to pedestrians.”