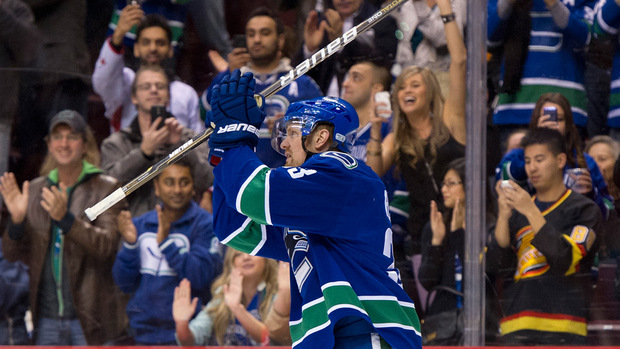 Sedin tied Markus Naslund for the top spot on the franchise scoring list by earning an assist at 3:21 of the middle period when twin brother Daniel banked a puck off Dallas goaltender Richard Bachman and into the net to tie the game at 1-1.

The record-setter was a more typical Sedin play — he set up Alexandre Burrows for a one-timer past Bachman with the sort of pinpoint, cross-zone feed he’s made throughout his career.

The sellout crowd of at Rogers Arena saluted the Canucks’ captain with a standing ovation while the two teams lined up at center ice. The ovation continued even after play resumed — it didn’t stop for a full three minutes. When play was finally halted, he saluted the crowd.