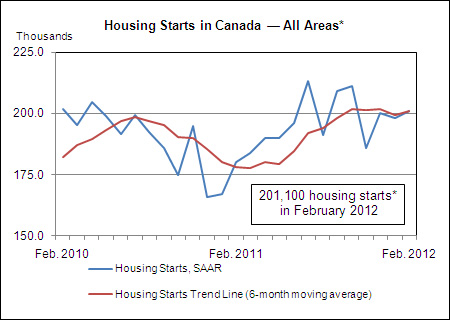 The seasonally adjusted annual rate of housing starts was 201,100 units in February, according to Canada Mortgage and Housing Corporation (CMHC). This is up from 198,100 units in January.

Rural starts were estimated at a seasonally adjusted annual rate of 18,300 units in February.

If you have any real estate questions or if you are thinking of buying or selling your home, please contact James Louie Chung, Metro Vancouver REALTOR® at [email protected] or call / text ( 6 0 4 ) 7 1 9 — 6 3 2 8 today!