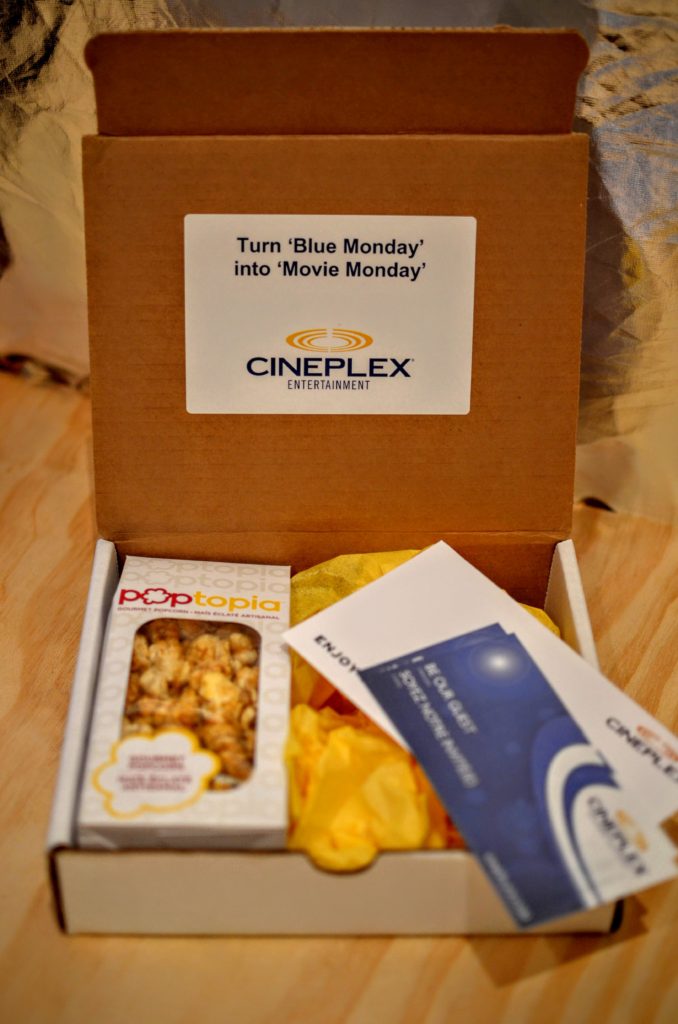 Feeling down? Third Monday in January is becoming widely known around the world as â€˜Blue Mondayâ€™. January 18th marks to be the most depressing day of the year. According to the Cineplex survey, only 9% of Canadians are planning on doing something for their own enjoyment on Blue Monday and when feeling down, 78% want to watch a movie that makes them laugh. Canada’s top feel good movie is the 1993 comedy Mrs. Doubtfire starring Robin Williams (14%), followed by Pretty Woman (11%) and The Shawshank Redemption (10%).

We chatted with Dr. Norman N. Holland about his own research on the impact of movies on the brain.

What causes â€œBlue Mondayâ€? Does weather play a role?

Blue Monday falls every year on the third Monday in January. It is considered by many as the most depressing day of the year. The holidays are over, itâ€™s cold outside and bill are coming in. Cineplex conducted a survey that found despite this only 9 per cent of Canadians say they will do something simply for enjoyment on Blue Monday.

While streaming movies at home are popular, does watching movies on the big screen enhance our enjoyment?Â

In my research I’ve learned that your brain reacts differently when you watch a movie in the theatre compared to watching it at home. It allows the parts you use to cope with the world to shut down and have a mini-vacation. On the most depressing day of the year â€“ who doesnâ€™t need that? It’s important, though, to see that movie in a theater. At home you don’t turn off your action systems and you can control the device you are watching the movie on. The same Cineplex survey showed that almost three quarters of Canadians (72%) press pause, rewind, or fast forward at least once when watching a movie at home. You might get up to do the laundry, answer the phone or water your plant. Youâ€™re never really giving yourself a restful shutdown when you watch a movie at home. The same thing holds true for watching on your iPad or a smartphone.

What kind of movies do you recommend we watch on Blue Monday?

The Cineplex survey I mentioned also revealed that when down or blue, a majority of Canadians (78 per cent) turn to movies that make them laugh. I think a comedy would be a good choice on Blue Monday, but really any movie that helps you escape the everyday will be good for your brain.

To cheer you up, Cineplex has created a special redemption offer for SCENE members on Blue Monday.Â  SCENE members can treat themselves to any movie, at any Cineplex theatre, for any experience by redeeming only 500 SCENE points.Â  This offer applies to all general admission as well as premium movie-going experiences including UltraAVX, 3D, IMAX and D-BOX Motion Seats as well as VIP Cinemas, which traditionally require 1,000-2,000 SCENE points. Tickets can be purchased and redeemed on Blue Monday, January 18, only.Â More information is available at Cineplex.com/BlueMonday.

To brighten your mood, we are also giving away 2 movie passes and $50 Cineplex gift card to one lucky fan.