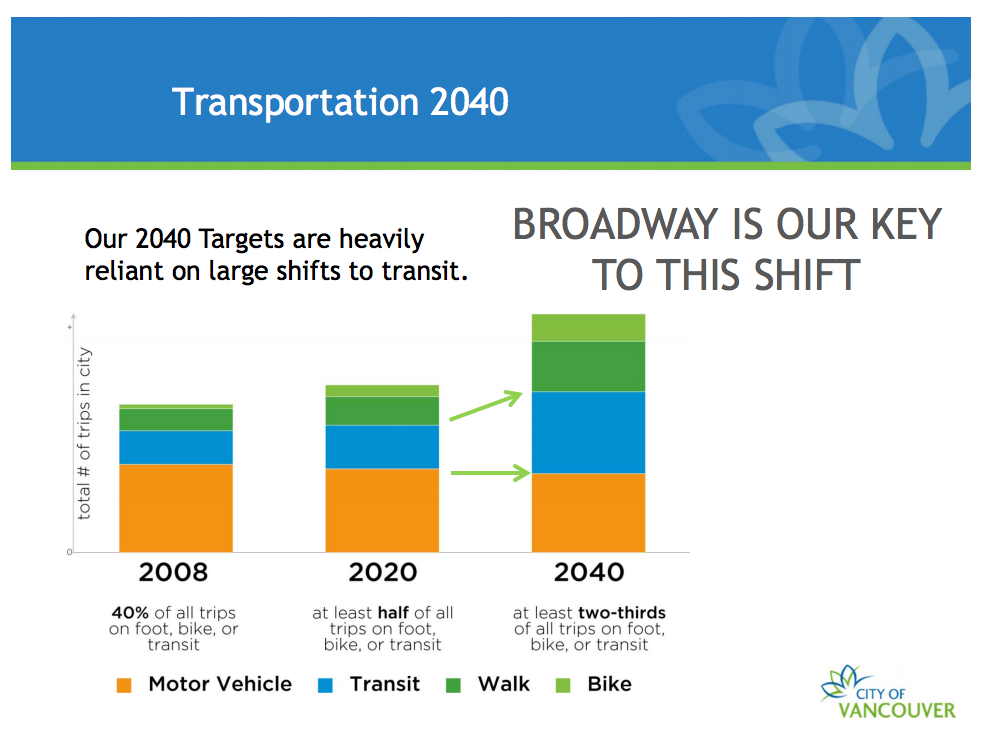 Today at Council, staff presented an update on the Broadway Subway line, which would provide rapid transit along Vancouverâ€™s Broadway corridor. The corridor has the second most jobs in the Province and is the busiest transit corridor in North America.

Staff made the case on why a subway through the Broadway Corridor (extending out to UBC) is the recommended transit priority for Vancouver. Reasons include:

Investing in a subway for the Broadway Corridor (extending to UBC) would benefit all of the Metro Vancouver region, not just the City of Vancouver. This is because:

A Broadway Subway line is city policy and is part of the Transportation 2040 plan, as it is the only way the City can achieve its transportation and greenhouse gas reduction targets. 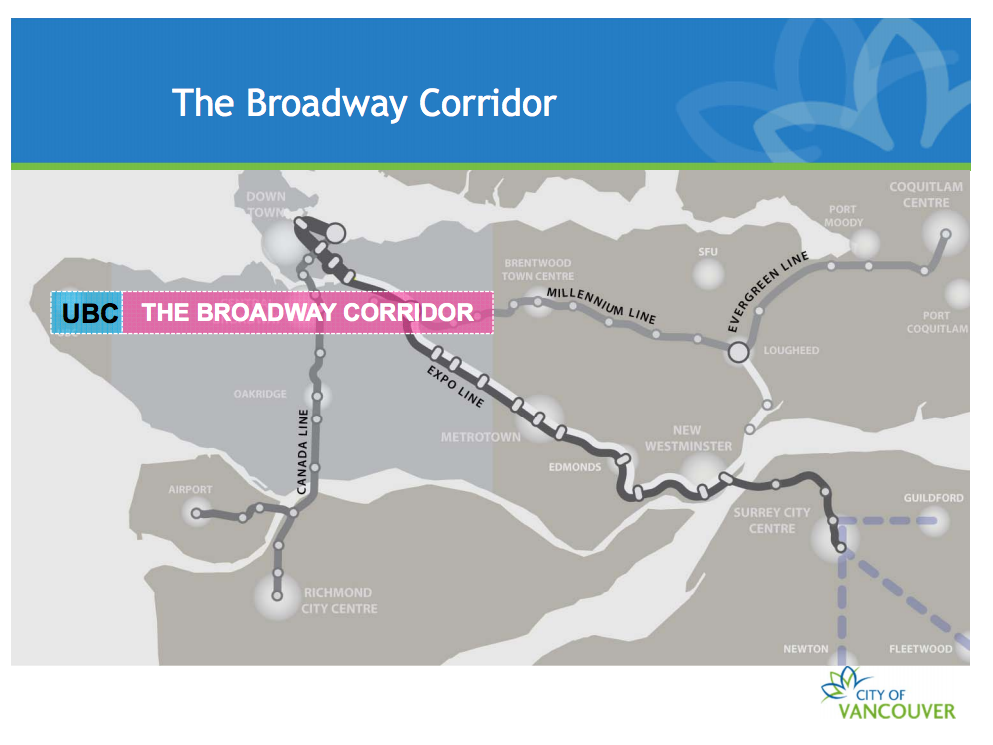