The new bill pays tribute to the contributions and sacrifices of Canadian men and women in all military conflicts and is being released just before Remembrance Day.

The note features a view of the Canadian National Vimy Memorial on its back.

The Bank of Canada began issuing polymer money a year ago with a new $100 bill, followed by a $50 note in March.

The themes of the denominations are:

$20 The Canadian National Vimy Memorial – evokes the contributions and sacrifices of Canadians in conflicts throughout our history (Portrait: HM Queen Elizabeth II)

$10 The Canadian train – represents Canadaâ€™s great technical feat of linking its eastern and western frontiers by what was, at the time, the longest railway ever built (Portrait: Sir John A. Macdonald) 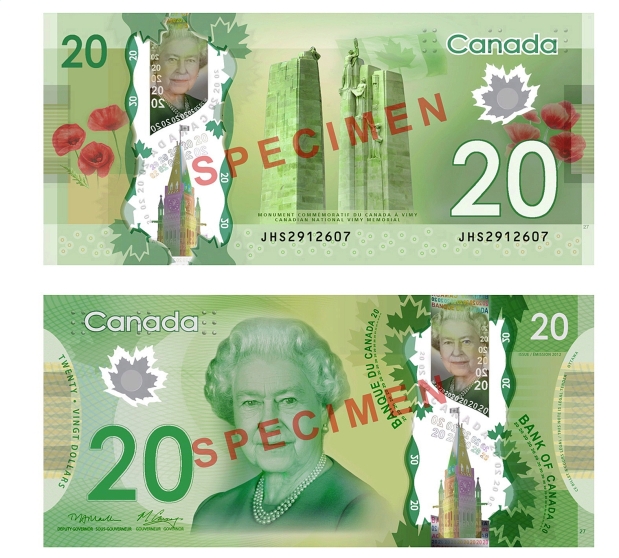