Buy now to get an unheard-of rate for a 10-year mortgage: Vancouver Real Estate January 2012 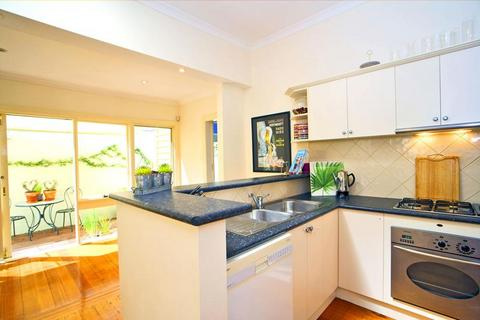 There’s a brilliant reason to get into our expensive and quite possibly weakening housing market right now.

A 10-year mortgage is now available for under 4 per cent. You can thank the banks for this unheard-of rate. In the past week or so, competition between them on mortgage rates has gone nuclear.

Have you caught all the warnings about how the house that you can afford now because mortgage rates are so low will crush you when borrowing costs rise? With a 10-year mortgage, you’ve got long-term cost certainty. “This is a fantastic opportunity for somebody to lock in and have peace of mind for 10 years without worrying about a renewal,” said veteran mortgage broker Vince Gaetano of MonsterMortgage.ca.

Now, about the housing market. Numbers released Monday show average prices are down almost 3 per cent since April, even after ticking a bit higher last month. At a conference last week, some of the country’s top bankers talked as if a cooling in the market is a done deal.

Price-wise, patience will very likely be rewarded in the housing market: Prices could easily decline enough to make a difference to buyers — especially in markets like Vancouver and Toronto.

But low mortgage rates also have a big impact on affordability, and that’s a point that supports buying now if you plan to live in your house for a good long while and can afford the costs of home ownership while meeting your savings obligations.

Low is a word that may actually undersell what’s happening in the mortgage market right now. Last week, Bank of Montreal announced a 2.99-per-cent rate for five-year fixed-rate mortgages amortized over 25 years or less. That’s the lowest rate on record for this type of mortgage.

Other banks announced a special rate of 3.99 per cent for seven years, a deal that Vancouver mortgage planner Robert McLister said was not as good as the BMO offer despite providing two more years of rate certainty. “There’s no question in my mind that the five-year rate would work out better,” said Mr. McLister, editor of the Canadian Mortgage Trends blog.

It’s a different story with a 10-year mortgage for 3.99 per cent, which became available late last week from online bank ING Direct. According to the RateHub.ca website, 10-year rates as low as 3.84 per cent can be had through lenders working with mortgage brokers.

A 10-year mortgage at less than 4 per cent “creates a much more interesting conversation,” Mr. McLister said. Monster Mortgage’s Mr. Gaetano said that when the cost of locking in for 10 years gets as cheap as it is now versus the five-year term, “you have to pounce on it.”

You can get a variable-rate mortgage today for 2.8 to 3 per cent at best, which is darn close to the cost of locking in for four or five years right now, and you’ve got zero rate certainty. Every time the prime rate rises in the next several years, so will your borrowing costs. “The variable-rate party’s over,” Mr. Gaetano said. “Those products are dinosaurs.”

Let’s get back to the housing market for a moment. The biggest support for prices right now are the low mortgage rates we’ve been talking about here. When rates rise, that support crumbles. Things could get ugly.

Why consider buying now? Because you can borrow money at 3.99 per cent or a bit less for 10 years. It’s like freezing time at the exact best moment ever to finance the purchase of a house. If the price of your home declines, it’s bound to be on the rise again a decade from now. Meanwhile, you’d have the chance to put a decade’s worth of salary increases to work in ramping up your payments and making periodic lump-sum payments.

One hitch with 10-year mortgages is that you won’t likely get the best rates from the big banks. Mr. Gaetano said the banks don’t much like 10-year mortgages because they can’t easily securitize them, which means packaging them up to sell to investors. That means you’ll may need to visit a mortgage broker or check out ING Direct.

Here’s how rates on 10-year mortgages compare with other terms: