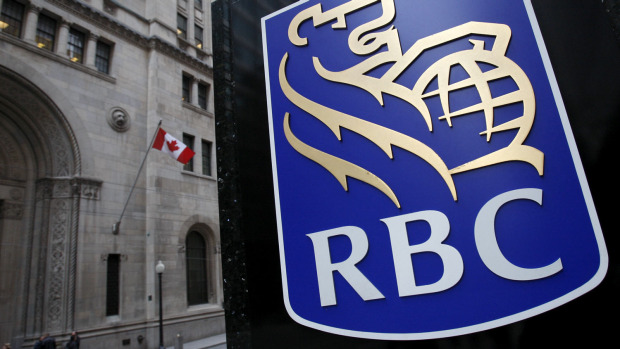 Some Canadian banks are hiking their variable mortgage rates, seeking to pump up its profit margins as it becomes evident that interest rates will remain low for some time to come.

Royal Bank of Canada, the country’s largest bank, kicked off the increases on Tuesday, raising the rates on its five-year variable closed residential mortgages by 0.20 percentage points. As a result, the price of its current special offer rate is now prime minus 0.45 per cent. Bank of Montreal followed suit hours later with a 0.15-percentage-point hike. The prime rate is currently 3 per cent.

The profit margins that banks are earning on variable rate mortgages have become extremely thin. That’s becoming more of a problem for lenders because there are already signs that Canadians are piling back into variable-rate, as opposed to fixed-rate, mortgages. The trend is being fuelled by diminishing expectations that the Bank of Canada will raise interest rates significantly in the near future, expectations that fell further after the U.S. central bank recently signalled it intends to keep rates at rock-bottom levels well into 2013.

The moves by RBC and BMO signal that they are choosing profits over market share. RBC tends to lead the pack on mortgage-rate changes and some other rivals are likely to follow suit. But some might decide to keep rates low with the hope of luring new customers who may eventually lock in to more profitable fixed-rate mortgages.

A spokesperson for RBC said that mortgage rates are tied to the bank’s funding costs, which change from day to day. “Our long-term funding costs have gone up considerably due to global economic concerns, and while we have held off in passing on these rate changes to our clients, it is now necessary for us to increase this mortgage rate,” the spokesperson said.

The last time RBC adjusted the variable closed posted rate was in January, when it dropped it from prime minus 0.15 per cent to prime minus 0.20 per cent. That posted rate (as opposed to the special offer rate) is now the same as the prime rate.

Prime minus 1 per cent was common prior to the financial crisis, when those rates, which tend to move in step with the central bank’s benchmark rate, were higher.

Given that interest rates and prime rates remain depressed, “we’re going to have low mortgage rates, both fixed and variable, for at least another year and a half,” said Jim Murphy, chief executive officer of the Canadian Association of Accredited Mortgage Professionals.

Alyssa Richards, CEO of Ratehub.ca, said banks tend to move their variable rates higher as they near the end of their fiscal years to help pad their profits and meet targets. With the fourth quarter under way, she said the timing shouldn’t come as a surprise.

“You start to see some tricky stuff going on around this time of year,” she said. “The takeaway for a buyer is that you should probably get a pre-approval if you’re in the market, because they’ll lock you in at a rate for up to 120 days.”

Canada’s big banks report their earnings over the course of the next two weeks, and the pressure on their lending margins in Canada is being watched closely by analysts and investors. Tough competition for deposits coupled with low interest rates have compressed the amount that banks earn from their loans.

Ratehub.ca tracks mortgage rates, and Ms. Richards has found the number of people searching the site for variable rate mortgages has skyrocketed in the last several months because rates have been so low. And with the stock market diving and the economic outlook deteriorating, people believe rates will stay low for some time yet.

“People are looking at what’s happening out there and thinking that it’s so tempting to go variable,” she said. “It’s all about strategy.”

RBC, Canada’s biggest mortgage lender, had a Canadian mortgage portfolio of about $157.7-billion at the end of the second quarter, up from $149.4-billion a year earlier. Chartered banks hold more than $548.5-billion worth of residential mortgages in Canada.