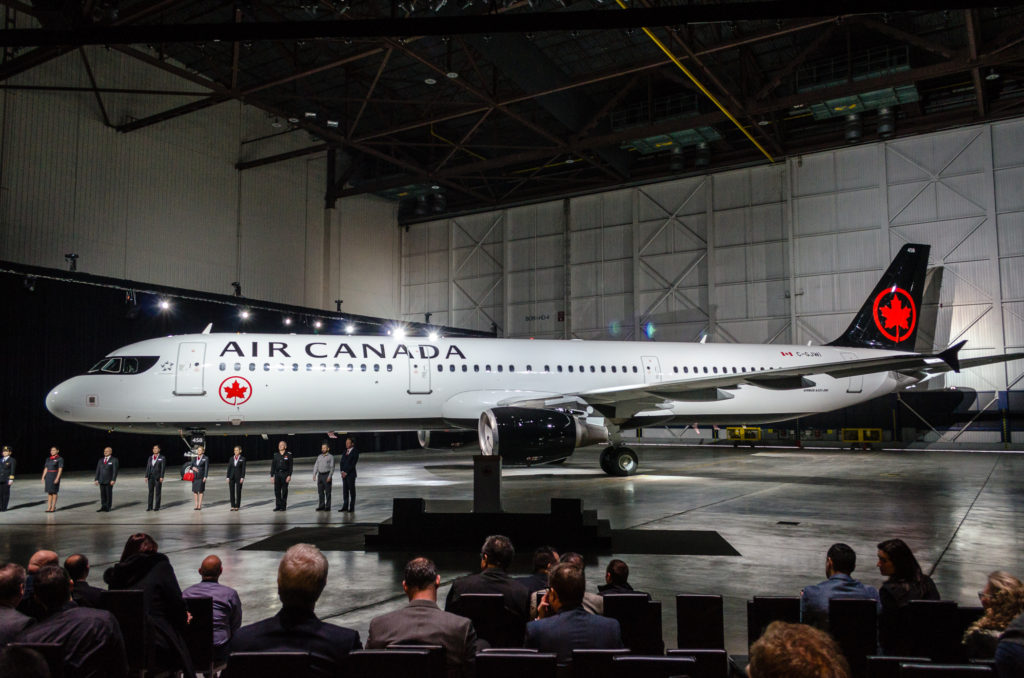 On February 9, Air Canada is celebrating its 80th anniversary and Canada’s 150th birthday with a brand new livery design for its fleets and uniforms.

â€œAir Canadaâ€™s new livery signals a pivotal inflection point in our 80-year history,â€ said Benjamin Smith,â€ President, Passenger Airlines. â€œOn the occasion of Canadaâ€™s 150th anniversary year, with our new livery, new uniforms for our employees, the award-winning international cabin standard introduced with the launch of our Boeing 787 aircraft, and enhanced onboard offerings, the future Air Canada represents the strength of our nation and the future-looking spirit of our airline. On behalf of our 30,000 employees world-wide, it is a privilege to fly Canadaâ€™s flag, and we are proud to showcase some of the best of this nationâ€™s talent as we continue to expand Air Canadaâ€™s horizons to fly to more than 200 destinations on six continents.â€

Designed by international design firm Winkcreative, headed by Canadian entrepreneur Tyler BrÃ»lÃ©, Air Canadaâ€™s fleet of 300 aircrafts will be repainted with a bold black and white design with an iconic red maple leaf encircled ensign or â€œrondelle in the tail.

For 2017, Air Canada and Air Canada Rouge will continue its global strategic expansion and will launch new international services between Toronto-Mumbai, Toronto-Berlin, Toronto-Reykjavik, Montreal-Shanghai, Montreal-Algiers, Montreal-Marseille, Montreal-Reykjavik, Vancouver-Taipei, Vancouver-Nagoya, Vancouver-Frankfurt, and Vancouver-London Gatwick. Air Canada will also receive its first Boeing 737 MAX aircraft at the end of 2017 and to be followed in 2019 with the delivery of its first Bombardier C Series aircraft.

To date, Air Canada has taken delivery of 23 new Boeing 787 Dreamliners with 14 more planned by 2019. The entire Boeing 777 fleet of 25 aircraft will be equip with state-of-the-art Dreamliner cabin configuration and inflight entertainment systems.