5 Myth Busters about West Hollywood, California that Could Move You to Visit 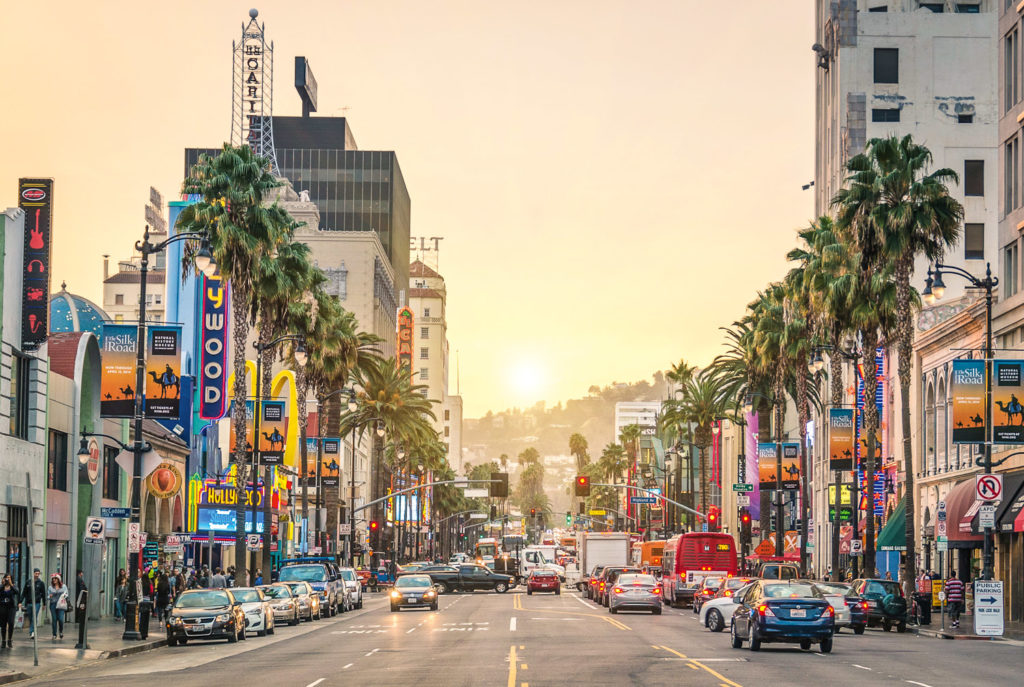 West Hollywood, California, or WeHo as itâ€™s known to locals, is a tiny town with a big reputation of all things it is not. Itâ€™s not Hollywood (Los Angeles), a Manhattan neighborhood (thatâ€™s SoHo), or simply a movie set (although The Lot, originally owned by Douglas Fairbanks and Mary Pickford still operates here and is home to OWN, the Oprah Winfrey Network). Itâ€™s not just for celebrities and paparazzi, or for anyone famous enough to score a restaurant reservation on Friday at 8 p.m. (But if you can, we would love to be introduced.) Above all else, itâ€™s not judgmental: everyone is welcome. To set the record straight, here are some common myths debunked about the cool town of West Hollywood, and why it should be on everyoneâ€™s travel bucket list:

1. Itâ€™s La La Land or Tinseltown.
West Hollywood, commonly mistaken for a neighborhood in Los Angeles, is its own city. This tiny enclave of 1.9 square miles/3 square kilometers is tucked between its tony neighbors of Beverly Hills, Santa Monica and Los Angeles. It acts as the balsamic reduction of all that is so great about greater L.A. Itâ€™s not Hollywood, either, but the party address after awards are won.

Just as towns were created for protection, a sense of community, and law and order during Americaâ€™s early years, so was West Hollywood. It incorporated in 1984 to focus on its critical mission: to create strong protection and policies for its residents, an unorthodox extended family of Russian immigrants, LGBTQ activists and seniors.

Famous icons include the Sunset Strip, Pacific Design Center, and restaurants and nightclubs where celebrities go in, go out, and get photographed. Los Angeles International Airport (LAX) and Burbank Bob Hope Airport (BUR) connect visitors via domestic and international flights.

Staying in West Hollywood gives visitors a central address from which to explore all the great things to see and do in nearby cities and neighborhoods.

2. Itâ€™s just for the Boys, and on the beach.
Itâ€™s not. Boystown, which isnâ€™t a town but a sense of place, proudly exists in West Hollywood. While 40% of our residents fall under the LGBTQ alphabet, and WeHo is home to The Abbey, one of the largest and most popular gay nightclubs in the U.S., it is a welcoming city for anyone to be who they are with no apologies. Two annual events, LA Pride in June and Halloween Carnaval in October, showcase the cityâ€™s diversity and make for a good time.

That famous summer gloom and gritty sand tucked everywhere? Not in WeHo. We sit just inland enough to sidestep beach fog. For visitors to WeHo, Instagrammable rooftop pools deliver on every count â€“ weather, posh comforts and lounge chair delivery of every imaginable culinary delight. West Hollywood has more rooftop pools per square mile than anywhere weâ€™ve ever been. It rises above it all and still affords beach views.

3. Itâ€™s pricey.
Although most amazing places worth precious vacation time can be a budgetary stretch, ask yourself if the stretch is worth it. Consider this: WeHoâ€™s tiny footprint, navigable even in designer heels, by definition means that everything is walkable (or at least a quick Uber away). And Visit West Hollywoodâ€™s new website with map-meets-booking engine displays hotel locations, rates, events and activities nearby â€“ so you can stay where you play and avoid unnecessary transportation. For better hotel rates, book slightly off-season dates. Hotels often offer deals and food credits for suites, so bring a friend or two and share the cost.

Donâ€™t make the mistake of renting someone elseâ€™s square footage, quirky bathroom, and questionable decorating taste. Since some of WeHoâ€™s best hotels were once lavish apartments, this can mean staying on a quiet, tree-lined street in a huge suite â€“ complete with a kitchen, private club bar and eatery, stunning rooftop pool, expert concierge assistance and daily room attention. New hotels are on the horizon, meaning more rooms for everyone, while WeHoâ€™s cool vintage motels deliver the goods without a commensurately big price tag.

4. You have to be rich, gorgeous and self-absorbed to fit in.
Not so, although itâ€™s easy to believe when thumbing through celeb-stalking tabloids. â€œThere are all shapes, sizes, ages and types living here and visiting,â€ says Danny Roman, owner of Bikes and Hikes LA, a WeHo-based outdoor adventure company rated No.1 in all of Los Angeles on Trip Advisor. WeHo residents remain vibrant with plenty of sunshine and healthy options, which appeals to visitors of all ages from cloudy, dreary cold weather regions. (Easy for Danny to say: he fits the gorgeous category and brings fresh cold-pressed juice to meetings.) The company offers hiking and biking for every age and physical ability, which helps protect the environment and allows you to see the city up close.

5. You have to have a car here.
In L.A. you might, because it has freeways, itâ€™s big, and all the cool places are spread out. Not so in WeHo. Walk Score, which ranks from one to 100 the walkability of any address, gives WeHo a 91. Thatâ€™s an â€œA+â€ on our curve. And there are great alternatives to walking. WeHo is on the Red Route of Starline Toursâ€™ Hop-On Hop-Off CitySightseeing double decker buses, whose four routes and two shuttles connect one hundred miles, the worldâ€™s largest Hop-On Hop-Off route. West Hollywoodâ€™s cheap and cheerful bike rental program, WeHo Pedals, is available throughout the city, while The PickUp invites bar hoppers to jump aboard for free trolley rides during busy weekend nights and Sunday Funday. If you do have a car, park it at your hotel or the cityâ€™s robotic parking garage.

While â€œgoing to Cali, Caliâ€ is more well-known than â€œwe go to WeHo, WeHoâ€, and nothing matches the magnetic connectivity of Los Angeles, for a heightened reality trip to California, explore the destination of West Hollywood at www.visitwesthollywood.com and set a few things straight.