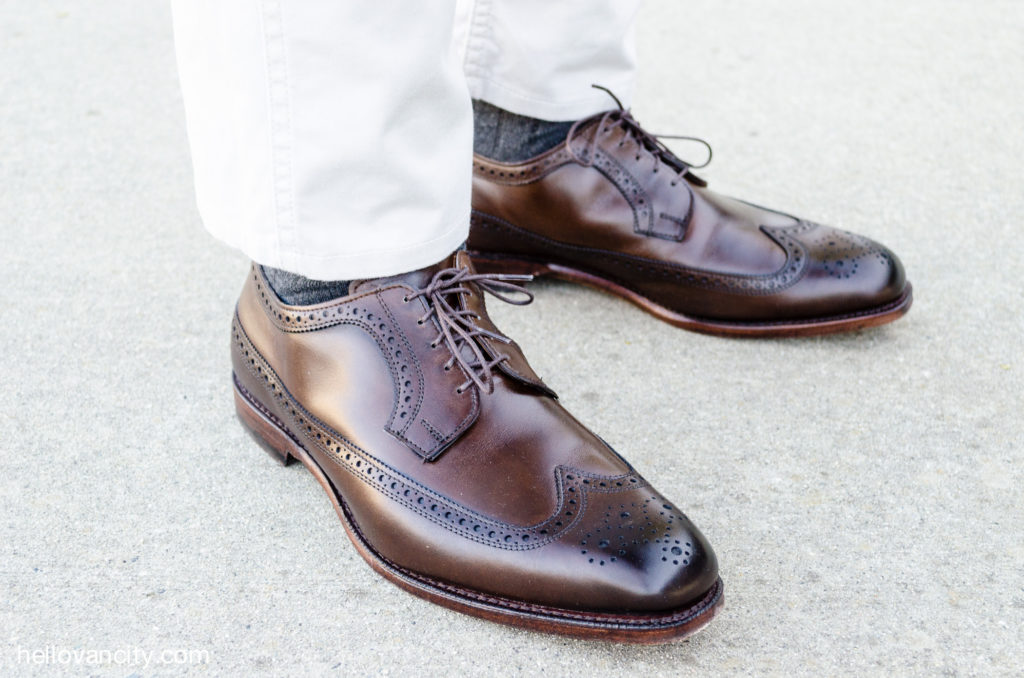 A brown wingtip shoe is a menswear essential. It looks great with a suit or dress down with jeans. Courtesy of Allen Edmonds, I’ve been wear testing the new Leiden wingtip blucher. The Leiden is named after a Dutch port town, where a group of English pilgrims took the ultimate gamble and set off for the New World, thereby changing the course of world history. The Leiden is the latest addition to the new Allen Edmonds Refined Dress collection. It’s a blucher shoes with traditionalÂ brogueing details, toe medallion and strong long wing. 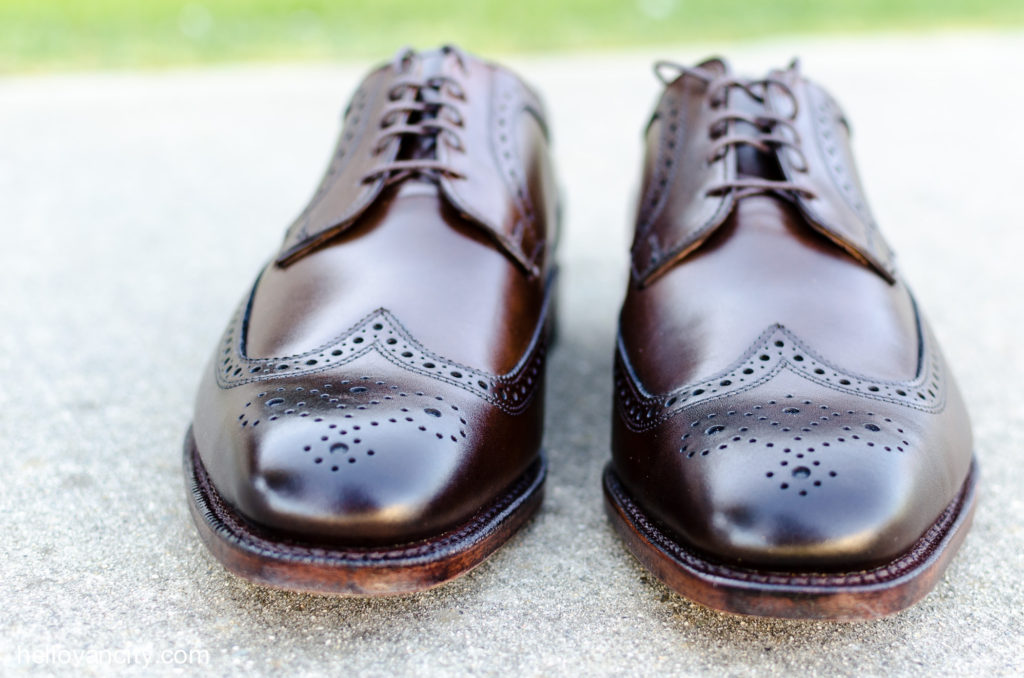 As part of the Refined Dress collection, the Leiden is built on the 1943 last. The 1943 is a new last in the Refined Dress collection which feature a soft square toe shape with a sculpted, longer forepart and higher cone. It gives the shoe a more sleek and elegant design. The Leiden will look great with a tailoredÂ navy suit at the office and with khakis for the weekend. 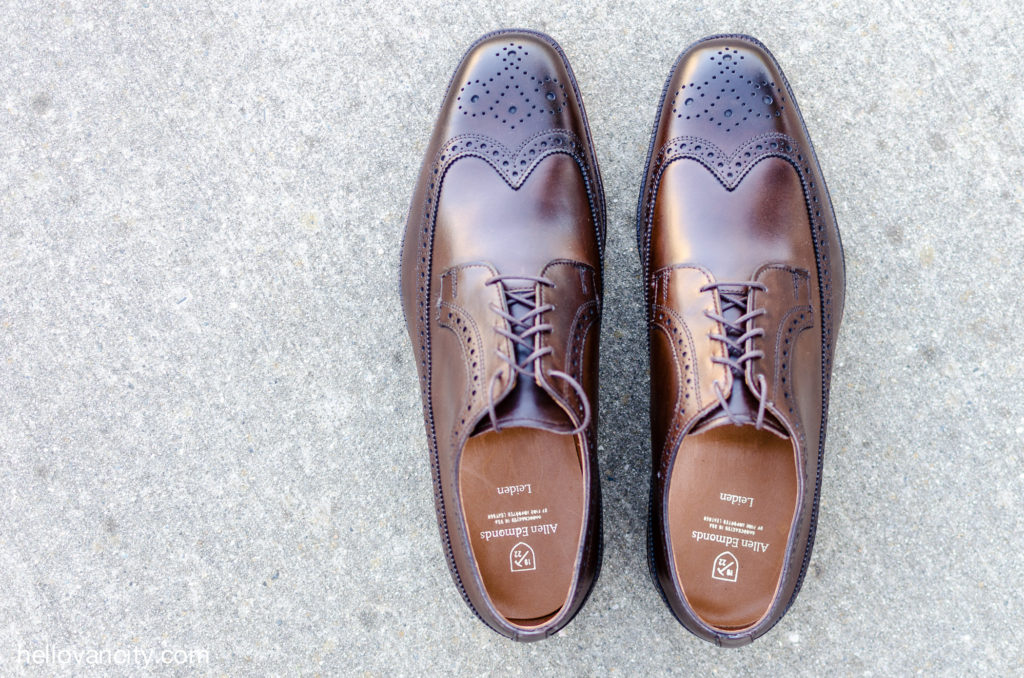 TheÂ Leiden is constructed with a single leather sole and 360 degreeÂ Goodyear welted. Each shoes are handcrafted inÂ Port Washington, Wisconsin and requires 212 step to make it.

It’s available in 3 colorways: Black, Brown Burnished and Walnut. My Brown Burnished pair has aÂ nice antiqued patina with a darker toe, side and heel.Â It’s also available in a Weave version, where the upper and vamp are made of woven leather, to keep you cool during the hot summerÂ months.

Overall, the Leiden is great upgrade to my currentÂ shoe rotation. It’s fits and looks amazing.

Looking for a good deal on Allen Edmonds? Now until April 25, it’s the Allen Edmonds AnniversaryÂ Sale with up to $100 off on dress shoes,Â loafers, golf shoes and sneakers. 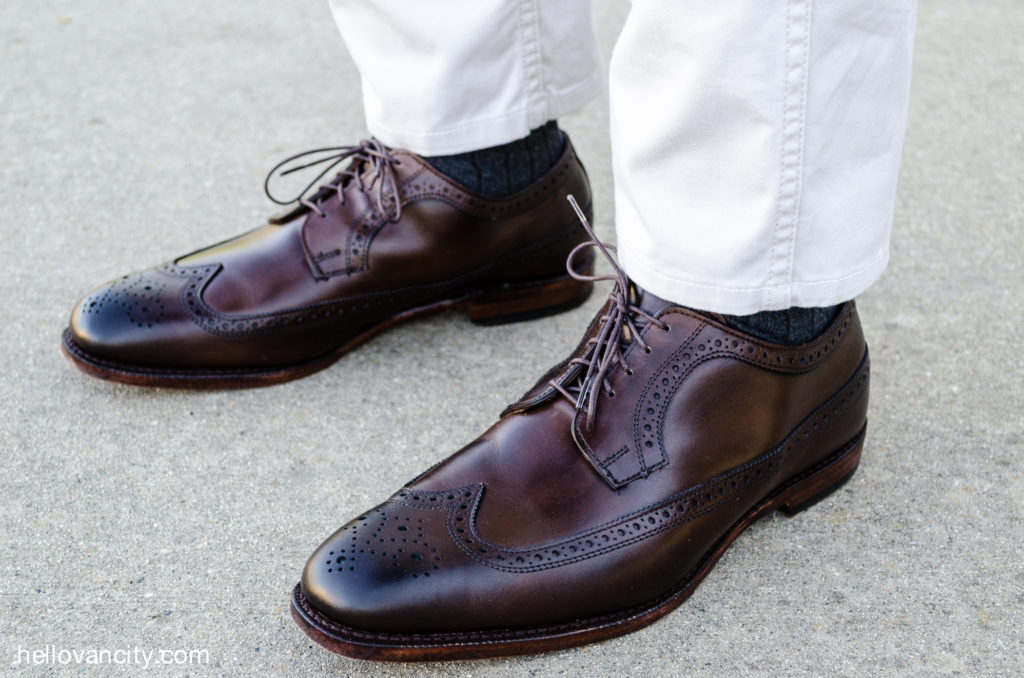