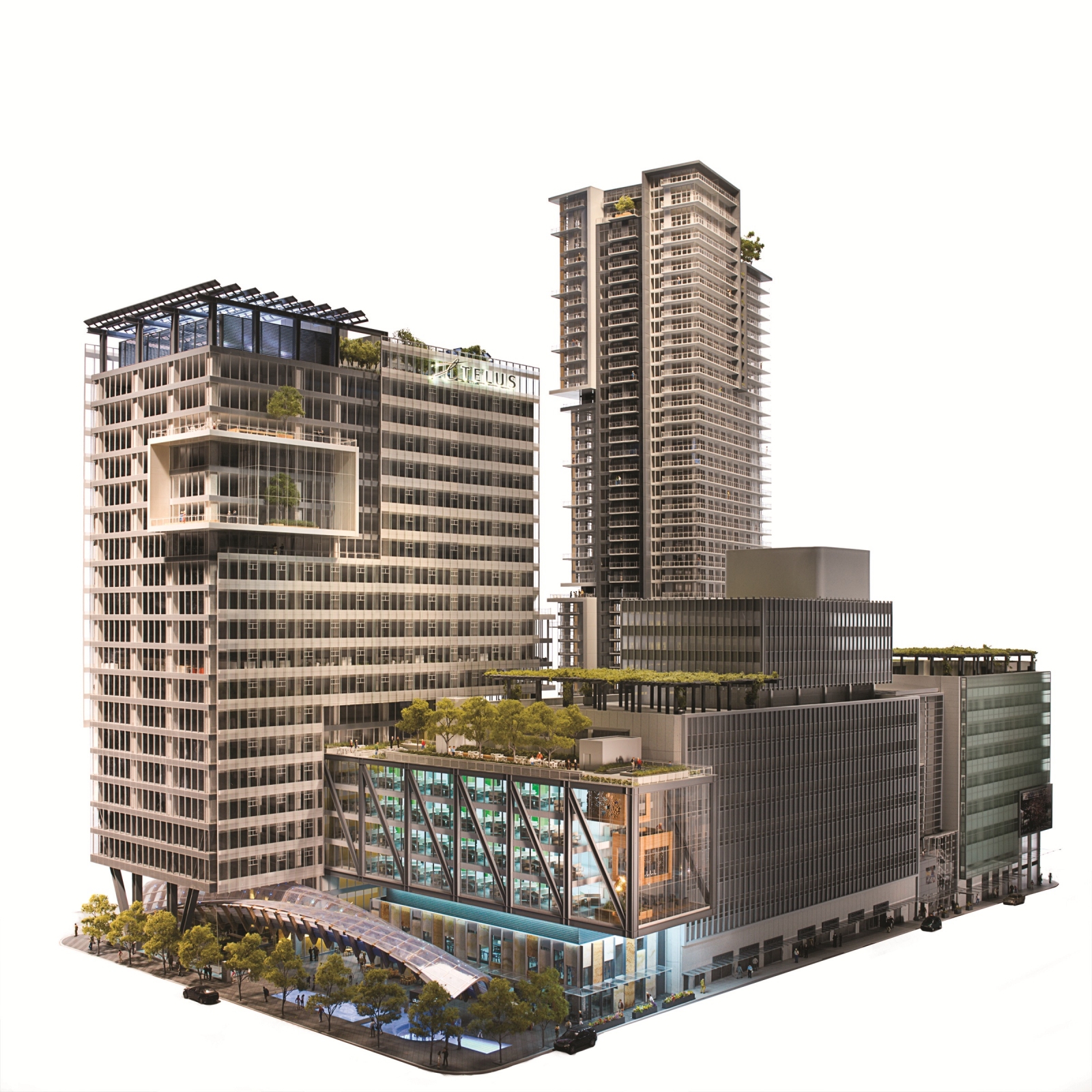 At 53 storeys high, the new residential condo tower that’s part of Telus’s redevelopment of a downtown city block will be the city’s second-tallest building, and it’s being built in an area the city zoned off limits to residential construction.

Rezoning for the 500,000 square foot tower, part of the $750 million redevelopment Telus Garden that also includes 500,000 square feet of office space in a 24-storey tower, was approved by Vancouver city council last week and was officially launched by Telus on Friday.

The telecommunications giant was given special permission to build condos in a part of downtown that was zoned non-residential after it agreed to $15 million in community amenities, including contributing to parks, greenways and bike paths.

And according to one urban design expert, office space is less likely to get built if it doesn’t have a residential component.

“Everybody’s pleased there’s another office building going up in downtown Vancouver,” said architect Michael Geller. “But this development was not economically viable on its own” without the condo tower.

“There is lots of money to be made on the condominium building but the office building is not so profitable,” he said. Each floor in a residential building with typical square footage of 6,000 is about $1 million, based on an estimated value of $150 per square foot, he said.

And Telus’s condo building has a square footage footprint of 9,500, according to a city rezoning report.

At a proposed 53 storeys, Telus’s condo building is second tallest next to the 62-storey Shangri-la, a building that received a lot of negative comments about its height when it was proposed less than a decade ago.

“In the last 10 years, Vancouver has definitely started to accept taller buildings in the downtown,” he said.

The complex will transform an entire downtown Vancouver city block, between Robson and Georgia streets and Richard and Seymour streets, with a development that by 2015 will add a dazzling technological display to the undeveloped block now covered mostly by parking lots.

The buildings will host a 3,000 square foot retractable projection screen located between the 14th and 17th floors of the office building, a 400 square foot LED screen between floors two and four and two 1,250 square feet LED screens at the corner of Robson and Seymour streets, according to a city rezoning report.

“It is a very creative project,” said Geller.

“I hope Telus does show off its technological innovations,” he said. “Anybody who’s been to Asia comes back [to Canada] and feels like a kid in a corn field,” he said.

But he said, “I’m not sure if there is a whole lot of awareness now of the impact of these screens,” he said.

Some residents near the new stadium complain about the light pollution from its electronic billboard.

Although Telus received its rezoning application, the city rezoning report noted the largest screen would require an amendment to its city sign bylaws, subject to a public hearing, and it noted no third-party advertising would be permitted on the screens until staff can review the bylaw regarding the use of such screens.

The mixed-use development is part of Telus’s $3 billion investment in B.C. over the next three years that will add 1,300 new jobs, CEO Darren Entwhistle said.

“We will continue to expand wireline broadband access to rural and remote communities and deliver the world’s fastest wireless technology to almost 90 per cent of British Columbians by the end of this year,” he said.

This is one of the most technologically advanced and environmentally sustainable communities in the world, enhanced by a unique mix of shops, services and restaurants, office and corporate neighbours, plus world-class wellness facilities. The residences are the nucleus of TELUS Garden — a striking new tower offering 428 homes, on 53 floors. 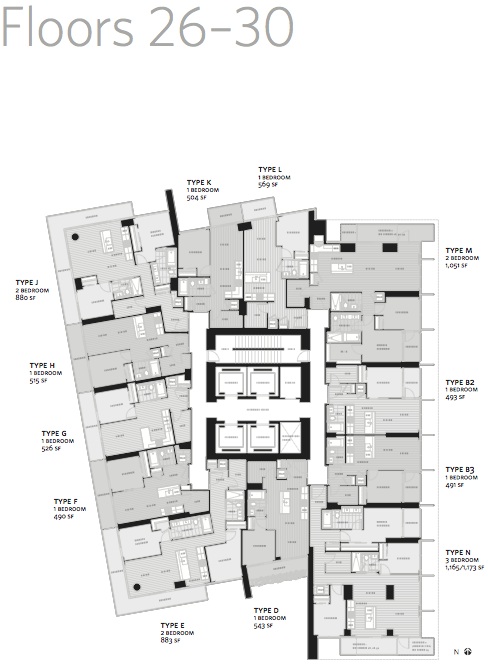 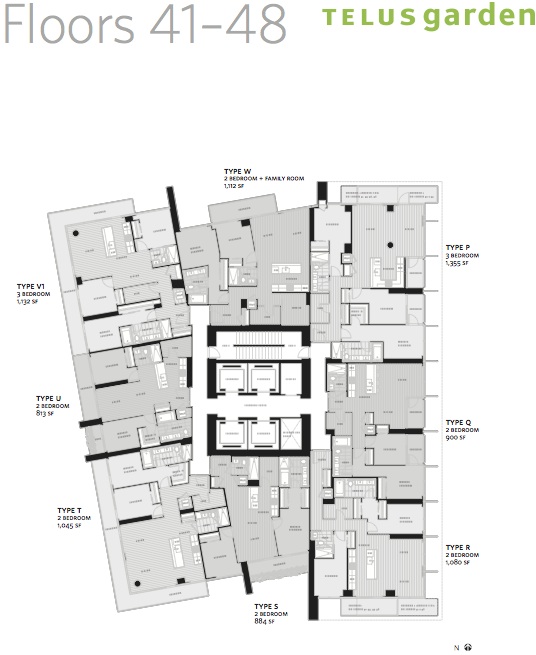 If you’d like to know more about this amazing new Downtown Vancouver real estate development or if you are thinking of buying or selling your home, please contact James Chung, Metro Vancouver REALTOR® at [email protected] or call ( 6 0 4 ) 7 1 9 – 6 3 2 8 today!

Just letting you know when using a REALTOR® when buying new from a Developer. It doesn’t cost you a penny! The developer will pay the REALTOR® a commission for bringing a qualified buyer to the table — buyers simply reap the benefits. The developer’s sales representative works for the company, and is paid to protect the company’s interest. A REALTOR® should have one person’s interests in mind — their clients.