The self-proclaimed “Demon Chef” started cooking since he was a young boy and has invented his own cuisine X-Treme Chinese, a fusion of Cantonese cooking with modern techniques.

Six years ago, he was diagnosed with Type 2 diabetes. According to Diabetes Canada, there are 11 million Canadians living with diabetes or prediabetes. Every three minutes, another Canadian is diagnosed. Chef Alvin is the spokesperson for FreeStyle Libre – first-of-its-kind wearable technology that eliminates the need for routine finger pricks and reads glucose levels through a sensor that can be worn on the back of the upper arm for up to 14 days. 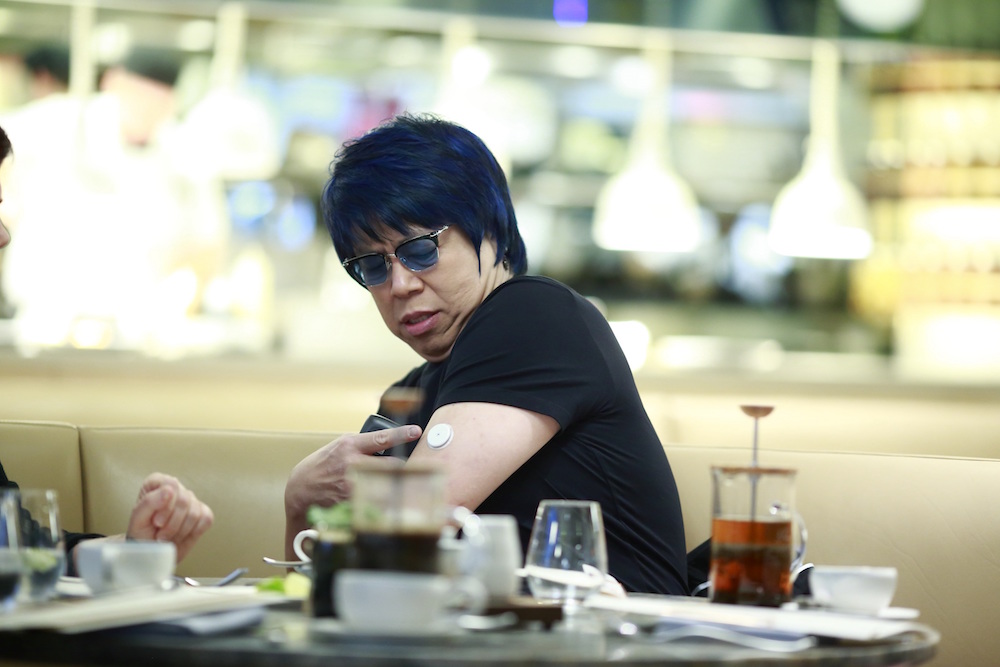 During his visit in Vancouver, we chatted with Chef Alvin about living a healthy lifestyle, diabetes awareness and opening a restaurant in Vancouver.

When did your passion for food begin?

When I was very young. I love to eat. Everyone in my family loved to eat, but we were not rich. I started cooking when I was 11.

Who first taught you to cook?

As Christmas parties are happening soon, what are some healthy tips while eating out?

I would say, moderation for everything. In general, Christmas dinners are pretty healthy. Turkey, potatoes, Brussel sprouts, lots of other vegetables. I would definitely stay away from Eggnog. That is extremely bad for you because it’s full of sugar. Stay away from cocktails. Drink natural alcohol such as
wine and champagne, which will be better. But stay away from festive drinks like eggnog and mulled wine and stick to wines and champagne because they have less sugar in them. They’re not processed.

What are some healthy recipes to try this holiday season?

While not a traditional Christmas offering, this savoury entrée will be a hit with family and friends if you choose to serve it at some point during the holiday season.

Can you tell us more about this wearable device? How does it help you manage your diabetes?

When you have diabetes, it’s important to track your glucose levels. In the old days, this meant you had to prick your finger at least twice a day. It hurts, it’s nasty and it’s messy. And as a chef, it’s unsanitary because it means you have an open wound in the kitchen. With the FreeStyle Libre Glucose Monitoring
system, I no longer have to prick my finger on a daily basis to monitor my glucose levels. There’s a small sensor that I stick to my arm. Every time I want to monitor my glucose, I just scan an electronic reader (smaller than a cell phone) over the sensor (it can be worn under clothes). And that’s it – I get my
glucose level. And it keeps a record of what my glucose level has been every time I scan and I can see patterns. It’s neat, clean and fun. It’s like a new toy. Instead of twice a day, I’m scanning it twice an hour. And when you see results, you become proud and when you’re proud, you stick to it. So it’s a fantastic system. It motivates people with diabetes.

Who are your fashion icons?

I’m not one to follow trends. I’ve been wearing Christian Louboutin and other designers relatively early in their careers. I don’t have an icon. But I do like designs that are original. First of all, I don’t like clothes with big, flashy, logos. I loved it when Christian Louboutin started designing shoes with red bottoms. It was very original – this guy had the foresight to create this identity. He didn’t have to put a big fat logo on, he just made soles red. And now, when people look at Christian Louboutin, they want to see the red soles. I love it when people have the foresight to brand like this. I like it when you’re not only original in design but you’re original in branding. For example, with FreeStyle Libre – it’s European. So “Libre” makes a lot of sense. Freestyle makes a lot of sense – because you can do whatever you want. It’s not freedom… because “Libre” is freedom. Even Demon Chef. I developed this name purely for branding. I named myself the Demon Chef and I did it because I knew that I could take this and create a brand out of it. But the thing is, you have to be innovative. I hate it when you have big labels. I also like very high quality stuff. So I want quality, design and I want smart branding. Not in your face branding. And Louboutin is smart. He has the red bottoms. Everybody looks for it. That’s smart branding.

What is X-Treme Chinese cuisine? Any plans to open a restaurant in Vancouver/West Coast?

It’s the art of how I create food. I break down traditional Chinese food to its bare essence and create new interpretations in modern forms. My professional education as an engineer really helps with this. I put together new dishes using my engineering precision, and I substitute ingredients and methods of
cooking until everything meets my high standards. Even if it takes months to perfect a single dish. And yes, I do have plans to open a restaurant in Vancouver. I’m looking in it. We’re very close to a deal. But I haven’t sealed the deal yet. 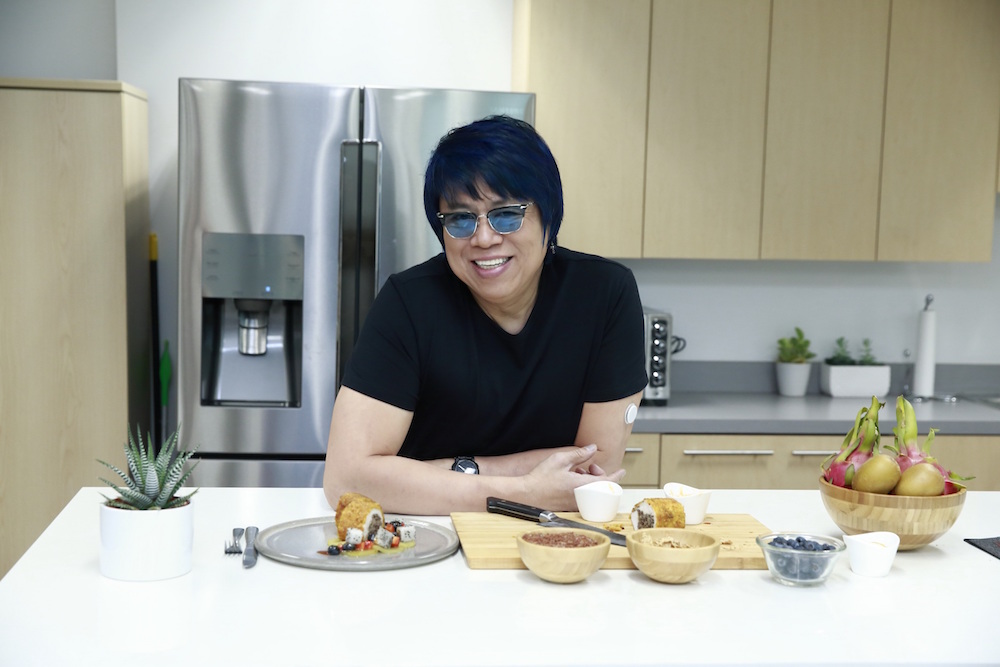 To make sweet and sour sauce
1. In a pan heat the apple juice and dissolve haw flakes, add rest of soy sauce , ketchup and rice vinegar, let boil for a few minutes and thicken with cornstarch paste.
2. Add the diced peppers and fruit.

To plate
Cut roulade into 30 mm thick slices, top with slice kiwi and top with sweet and sour sauce.