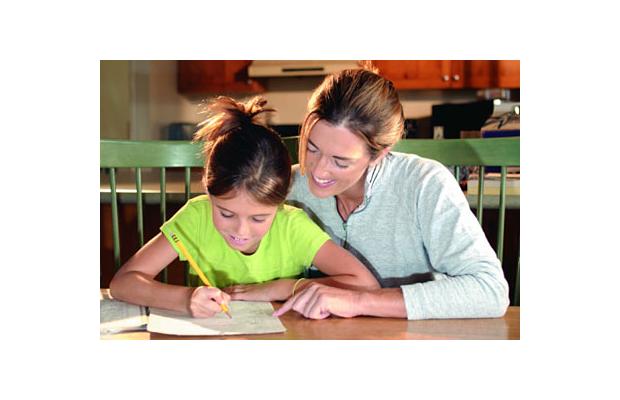 Aubyn Baker never planned to home-school her daughter, but when tests showed the fifth-grader was gifted and learning-disabled, many of her problems made sense.

Since Grade 3, Taegyn Baker-Riley had struggled with school. She often suffered from headaches, exhaustion and discouragement.

After trying to fix the problem by switching Taegyn from French immersion to English, and then to a different school, Baker was at her wit’s end. It was an offhand comment from Taegyn’s father, Terry Riley, that pushed them to try home-schooling.

“He was joking with me and said, ‘You could do a better job teaching her,'” says Baker, “and it just set off that whole train of thought.”

She had just been laid off from her part-time job as an activities co-ordinator at a nursing home, so the timing was right. So when things didn’t improve at the new school, Baker and Riley decided to teach Taegyn at home.

They had little idea what home-schooling entailed, and had to experiment with several approaches and curriculum styles — Baker calls her own approach “eclectic” — before they found the right fit.

“It was a really tough time,” Baker says, “but it has turned out to be such a positive, rewarding experience for all of us. Taegyn is excelling at her studies, she’s happier — our whole family is happier because of it — and we’re both learning more each day. Even better, her headaches are gone.”

One thing that facilitated the family’s transition was connecting with Ottawa’s close-knit home-schooling community. By learning from more experienced parents, Baker found a way to customize the curriculum to suit her daughter’s needs. For instance, Taegyn, now 13, learns her math online, her science and history with a group of children her age and her literature, geography and special projects with her mother.

The Baker-Rileys are part of a growing group of families who are choosing home-based learning over the traditional school system.

“We are seeing huge growth in home-schooling in Canada, the United States and the U.K.,” says Brian Ray, founder of the National Home Education Research Institute, a non-profit organization that tracks and analyses research related to home-based learning.

“I see it less as a new trend than a return to a cherished, age-old practice.”

Carlo Ricci, associate professor of education in graduate studies at Nipissing University (in North Bay, Ont.) says parents have diverse reasons for choosing to school their children at home, ranging from bullying problems, learning difficulties, lack of engagement at school and morality issues, to name a few. He says it’s a myth that the majority of home-schooling parents make the choice for religious reasons, though that was often the case in the past.

“Homeschoolers come from all walks of life and many different demographics,” explains Ricci. His eldest daughter, who is seven, chose to go to public school while his youngest, who is five, is home-schooled.

Ricci supports an approach called “unschooling,” which encourages children to follow their own passions and interests. He believes one of the biggest misconceptions about education in the structured school system is that children can’t learn on their own. “We’re all lifelong learners, and the trick is to understand the difference between schooling and education.”

Ricci estimates there are more than 100,000 home-based learners in Ontario, a dramatic increase from 1979, when StatsCan reported just over 2,000 across the whole country.

One factor that makes the option more viable for parents is the dramatic increase in the variety and quality of home-school curricula and programming. In particular, the Internet has meant that home-schooling parents can connect more easily to get support and share teaching responsibilities, not to mention the vast resources for research at every child’s fingertips.

Not everyone supports home-schooling initiatives. Two commonly voiced concerns are children’s lack of socialization and the problem of accessing post-secondary education, but these concerns are not borne out by research.

In addition, there is a large body of research that proves home-schooled children adjust better and achieve better marks in college and university, likely because they’re used to working independently. There is also a host of ways students can get accepted to post-secondary education, Ricci explains, such as writing SATs, ACTs, high school equivalency exams, or simply applying to one of the growing number of “open universities” such as Alberta’s Athabasca University.