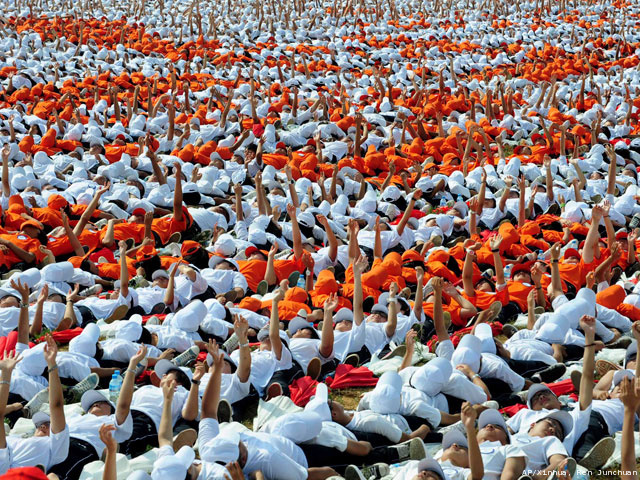 More than 10,000 people in northern China have set a world record for the longest chain of human dominoes.

Arranged in lines, they slowly collapsed backward onto each other in sequence from a sitting position like a line of toppling dominoes.

The 10,267 people who took part wore color-coordinated clothes that spelled out in English and Chinese the name of the city of Ordos in Inner Mongolia where the record attempt was made Thursday.

The monitor for the Guinness World Records, Wu Xiaohong, declared the new record.

It beat the record set a decade ago in Singapore by more than 1,000 people.