In 1987, Starbucks opened the first international store at the Seabus Skytrain Station in Vancouver. VancouveritesÂ are about to get an interactive education in coffee.

Located at 2980 Main Street, the new space featuredÂ sketches and photography of the flagship Starbucks Reserve Roastery in Seattle, as well as artwork local artist Diane Nelson of Brandon Johnson Art & Design. All of the woodworks are hand crafted by a local millworker and the loose furniture was produced by a local furniture shop. 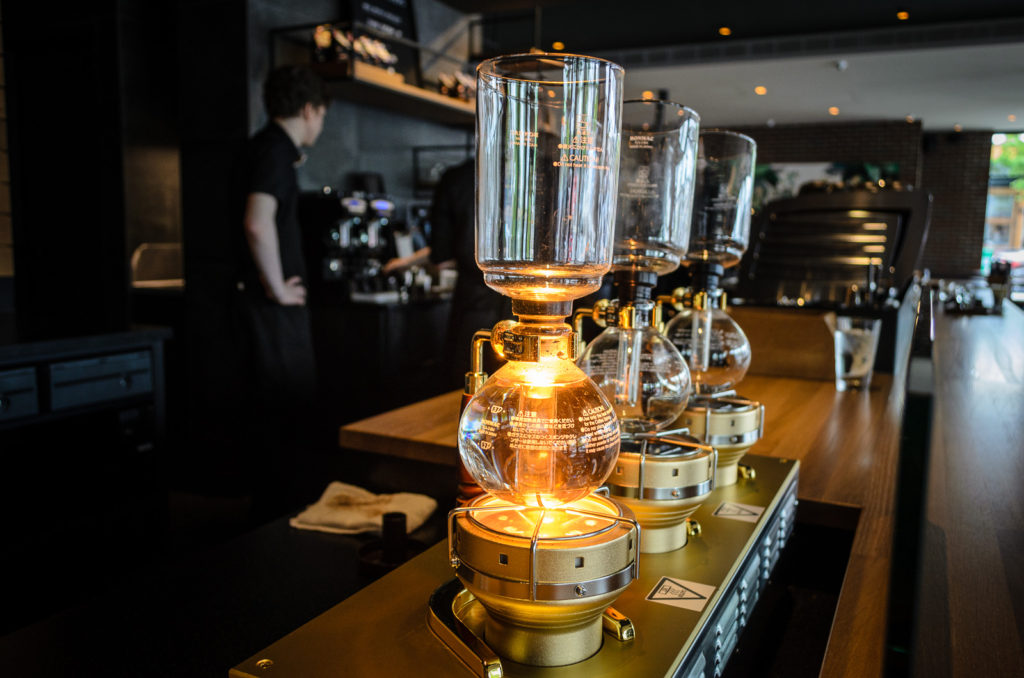 Siphon coffee makerÂ was invented by Loeff of Berlin in the 1830s.Â ItÂ is a full immersion brew system that create a vacuum in one chamber by forcing water up into another chamber, where the coffee grounds are steeped, and then allows the brew to drain back down into the bottom chamber.

As aÂ result, it brings the coffee intense fruity flavours.

It’s the only Vancouver location that has theÂ Black Eagle manual espresso machine to create the affogato. I highly recommend the House Affogato – two shots of Reserve espresso with a touch of Demerara syrup poured over vanilla ice cream.