I’ve beenÂ hunting for the best chill brunch spot. I think I’ve found it atÂ WildTale Coastal Grill in Yaletown.Â From theÂ owners of The Flying Pig restaurant, John Crook and Erik Heck are bringing southern hospitality to the west coast. During the media preview, we got to sample new seafood dishes as well as classic brunch items.

As part of the brunch launch, WildTale introduced the “Fresh Juice and Smoothie Bar”. TheÂ Fresh Start is a mix of green apple, fennel, honeydew, kale and lime. 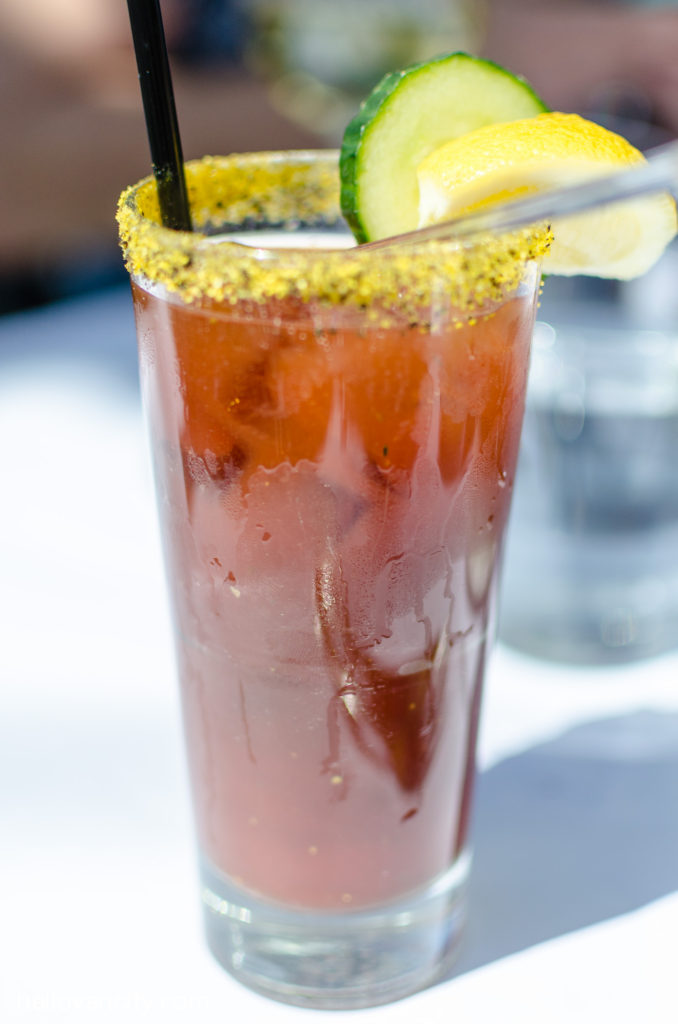 There are also wide variety of “wake up” cocktails to kick startÂ your day. 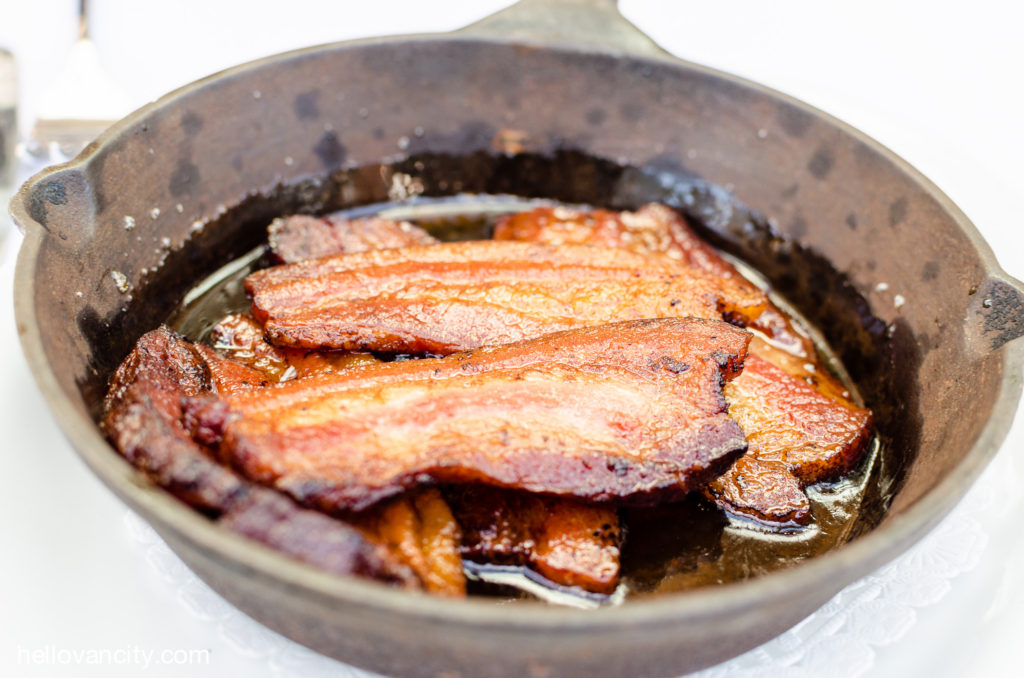 Look at that crispy, juicy bacon! 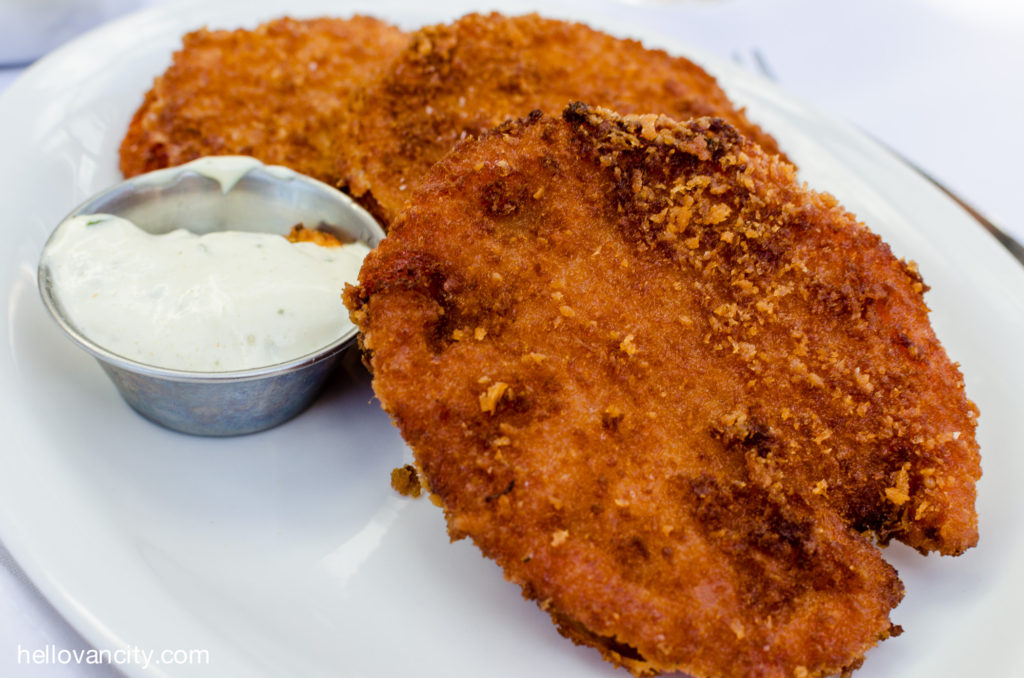 Our appetizers was Maple Glazed Bacon with rosemary and thyme syrup and Fried Beefsteak Tomatoes with basil aioli. 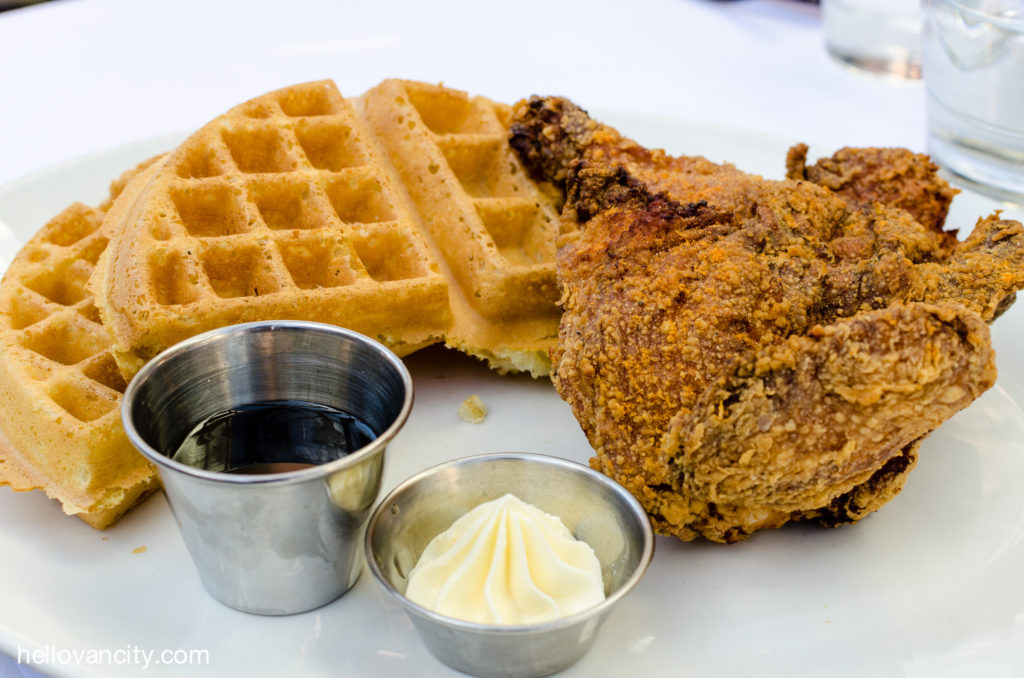 We order a traditional Southern favourite,Â Chicken and Waffles – fried chicken with butter and syrup. The crispy chicken was lightly breaded andÂ well seasoned while the waffles were light and sweet. One of the best fried chicken in Vancouver. 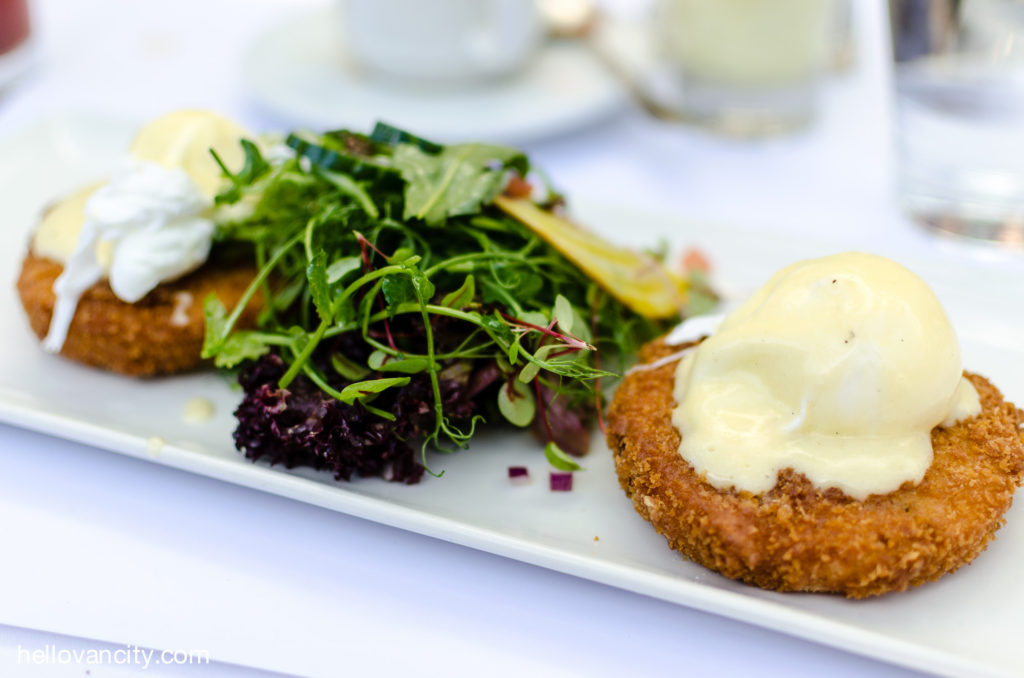 My favourite was the Signature Crab Cake Benny with baby greens and sliced tomatoes.Â It was made with fresh, large lumps of crab meat in a crunchy batter.Â The poached eggs were cooked perfectlyÂ with creamyÂ hollandaise sauce. 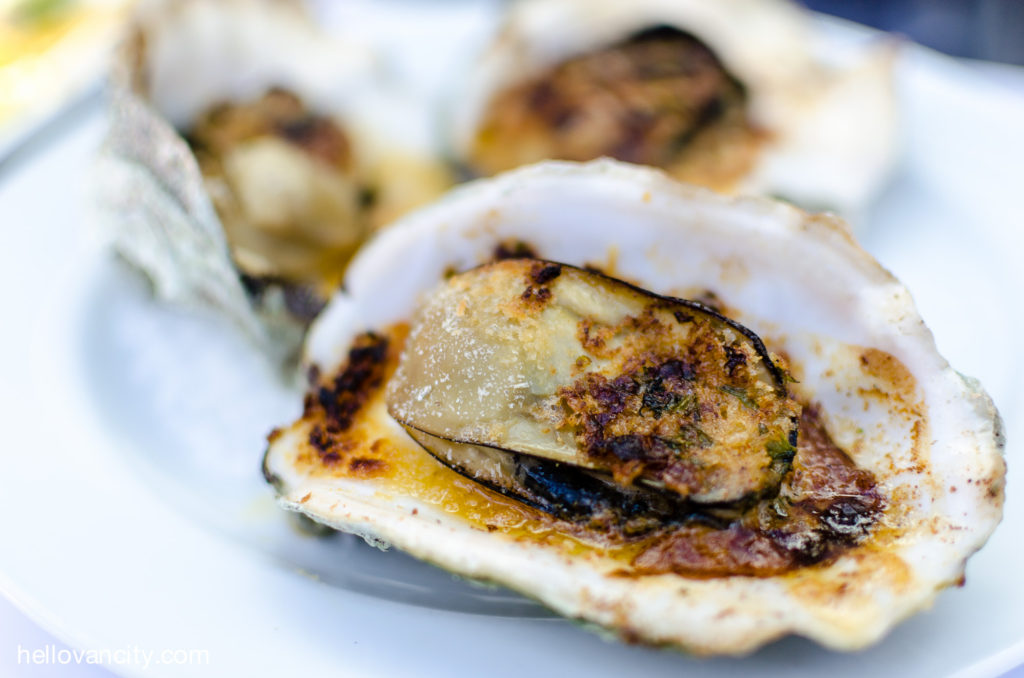 Book your next brunch date at WildTale.