As the Fall season is here, I love hosting dinnerÂ parties. I enjoy creating and trying out new stress-free recipes.Â As part of McCain’s Modifry campaign, McCain asked me toÂ create my own unique fry recipe.Â The Superfries are trans fat free, cholesterol free and low in saturated fat. The fries are made with 100%Â real Canadian potatoes withÂ a touch of sea salt and canola oil. They can be dressed up with fresh ingredients and eaten as a meal, tasty side dish or appetizer.

I’ve put a new spin on a Canadian favourite, the poutine. Instead of the cheese curds, bacon & gravy, I’ve spiced it up with curry and spices. 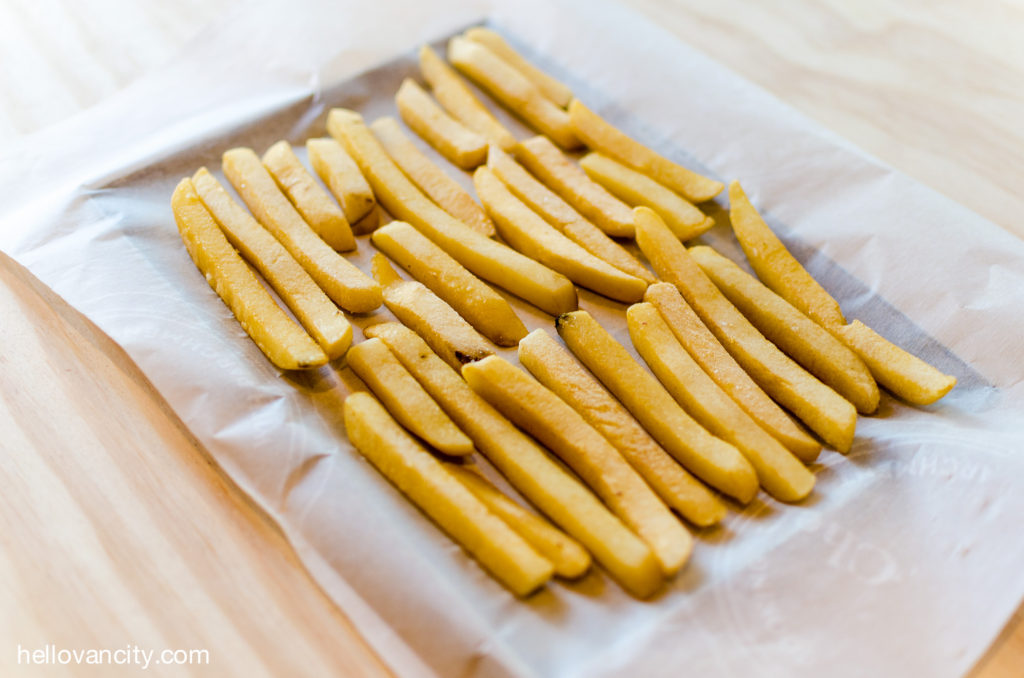 IÂ started by baking the McCain SuperfriesÂ® Straight Cut atÂ 450Â°F for 20 minutes. I’ve turn it half way through to getÂ that golden brown crisp.

Step 1
Whisk together the yogurt, lemon juice, turmeric, garam masala and cumin in a large bowl. Put the chicken in and coat with the marinade. Cover and refrigerate for aÂ day.
Step 2
In a large pan over medium heat, melt the butter in the oil until it starts to foam. Add the onions and cook until translucent. Add the garlic, ginger and cumin seeds, and cook until the onions start to brown.
Step 3
Add the cinnamon stick, tomatoes, chiles and salt, and cook until the chiles are soft for about 10 minutes.
Step 4
Add the chicken and marinade to the pan, and cook for 5 minutes, then add the chicken stock. Bring the mixture to a boil, then lower the heat and simmer, uncovered for 30 minutes.
Step 5
Stir in the cream and tomato paste, and simmer until the chicken is cooked through, approximately 10 to 15 minutes.
Step 6
Add the almonds, cook for an additional 5 minutes and remove from the heat. Add SuperfriesÂ® and Garnish with the cilantro leaves.