The 30-seat patio, reminiscent of Paris’s bustling street-front eateries, is a pilot project spearheaded by Sean Heather, co-owner of Rainier Provisions and the man behind Heather Hospitality Group. Heather was delighted when his application for the Lower Mainland’s first and only stand-alone patio—situated between West Cordova Street and the public sidewalk—was approved by the City of Vancouver and the BC Liquor Board.

Given Vancouver’s reputation as a “no fun city,” the green-lighting of Rainier Provisions’ patio project is a surprising and exciting prospect for the future of the city’s restaurant scene. The success of Rainier’s groundbreaking patio over the next 12 months could pave the way for other local restaurateurs to apply for licenses to open similar stand-alone patios.

Michael Green Architecture, an award-winning Vancouver-based firm that champions the use of timber in public and private structures, designed a wooden, ship-like frame for Rainier Provisions’ concept patio. Painted in a cool, Paul Smith colour palette, the space is a vibrant addition to Vancouver’s historical heartland. And, in compliance with the City of Vancouver’s stipulation that the patio be taken down on an as-needed basis to accommodate filming, the structure was specially designed to be easily uprooted.

Rainier Provisions is now open daily for breakfast, lunch and dinner and located 2 West Cordova Street on the corner of Cordova and Carrall in Gastown. 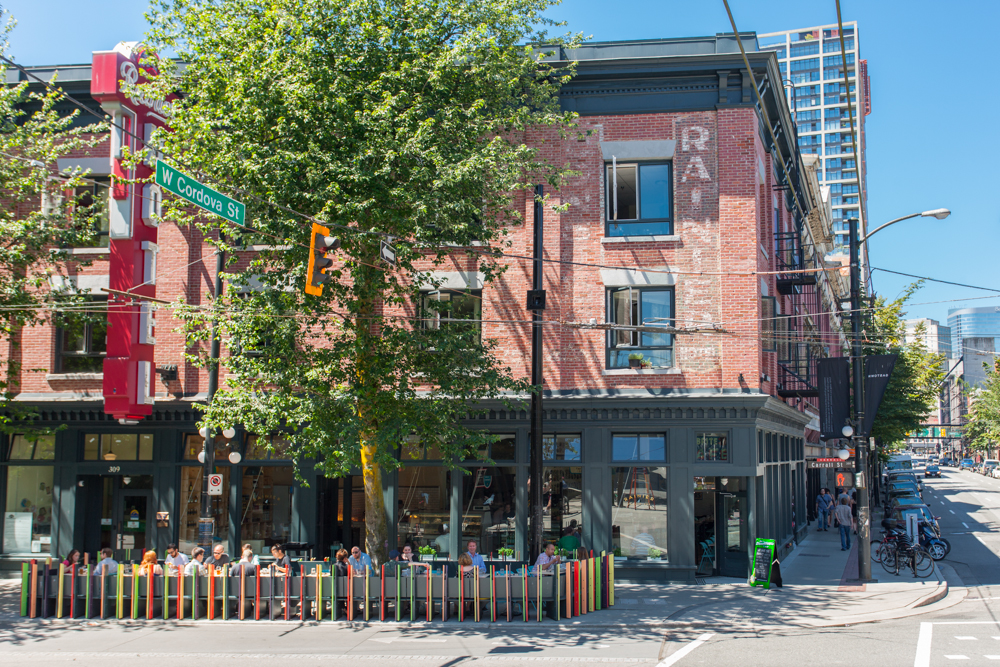