The new five-piece range, which mixes archive designs with utility fabrics, comprises of four jackets and a pair joggers.

Fleece is the key material, stemming from the brand developing its own version in 2013, which claims to provide added breathability, insulation and articulation.

Items for the upcoming season include the Tech windrunner, the original design of which dates back to 1978 when the label produced the style for sponsored runners. The zip front jacket is made from a water resistant iridescent woven overlay fabric and features a contoured hood for added protection from the elements.

The blue Tech AW77 menâ€™s hoodie is made from thermal materials to deliver warmth while remaining lightweight. Bonded zippers and ergonomic seams offer easy-flowing movement when running; a concealed hood on the collar completes the design.

The sporting giant first launched The Tech Pack line in 2007, with an emphasis on creating pieces with forward-thinking design that didnâ€™t sacrifice on functionality. 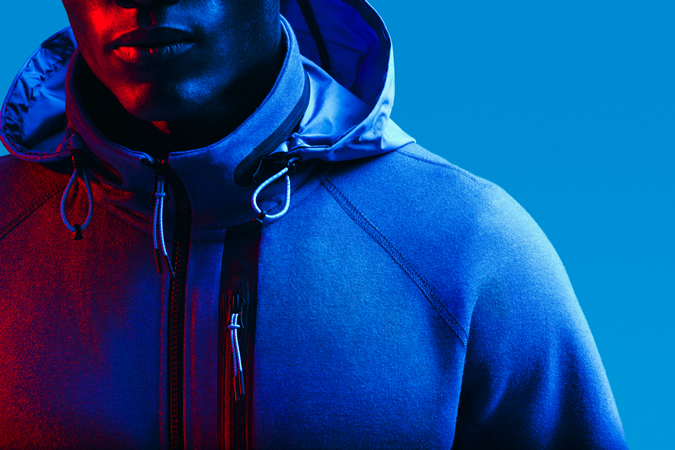