Introducing The Majors by K-Swiss

No other single sporting event best captures the imagination of tennis enthusiasts more than Wimbledon. Played at the All England Lawn and Tennis Club, the tournament hasÂ roots almost as far back as the game of tennis itself. Every year fans of the sport are treated to the impossibly perfect manicured grass courts and the stunning white apparelÂ required by AELTC and the tournament.

And for those of you inspired to up your game and get on the court,Â K-Swiss has released the Majors. This technical collection is directly from its archives of theÂ Si-International from 1992. Â The collection of heritage tennis shoes from the late â€˜80s and early â€˜90s is inspired by Englandâ€™s major tennis tournament and are the favouredÂ shoes of Wimbledon winners theÂ Bryant twins.

The Si-18 International was introduced in 1989, and was a breakthrough in tennis footwear technology. The shoe was infused with our exclusive â€œSi-18â€ cushioning material, aÂ technical D-R-Cinch lacing system, and heel stability counter to increase performance for professional players on the court. The shoe was so popular it was namedÂ FootwearÂ Newsâ€™ â€œShoe of the Yearâ€Â four years later in 1993.

The Majors are made to the same high specification and exact craftsmanship as the original models and is the latest addition to the series of special colour way releases andÂ collaborations rolling out through 2015. 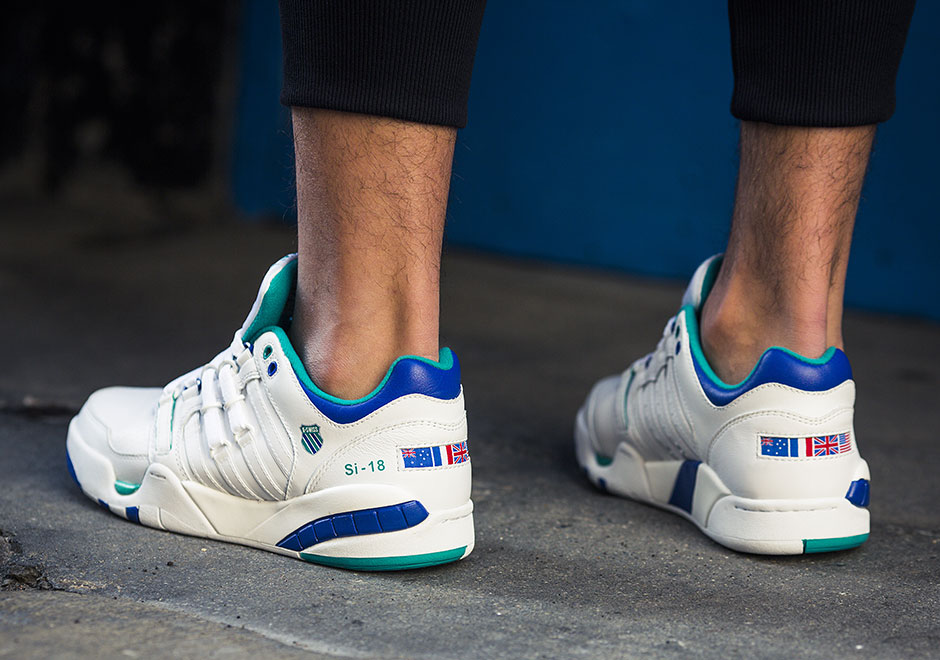