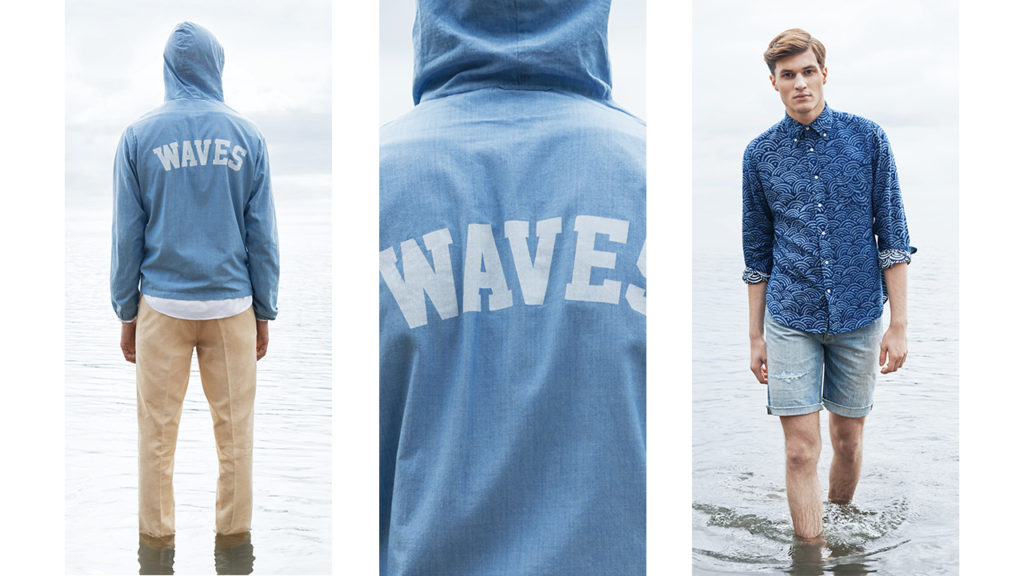 We’re often inspired by people around us, or by a place or an event, and sometimes by something as simple as a waveâ€¦ Pictures of waves have always been pinned on the inspiration boards, so now GANT Rugger reckoned it was time to ride the wave in the next collection. GANT Rugger is big on color, but for this small collection GANT Rugger wanted to surf mainly blue shades. Drawing inspiration from the motion of the ocean, the ebb and flows of the perfect swell, the crashes and retreats of those waves. Mixing it with the terra firma of American Sportswear heritage, Gant Rugger came up with a collection that is so 2014. Based on blues and reds, gradually bleached whites (after exposure to the sun and salt water), the collection is rough at the edges, with structured fabrics, uneven weaves and washed out treatments, as if pounded by the sea… Working on the Waves collection, it was impossible not to pick up on the Japanese aesthetic of classic prints, fabrics and the stylized Seigaiha wave (which kind of looks like the WiFi symbol). Gant Rugger take on this wave print recurs throughout the collection, along with many other wave elements, forms, patterns and prints.