Since 1910 fairgoers from across BC and around the world have made The Fair at the PNE their beloved annual end-of-summer tradition and the largest ticketed event in the province. This year The Fair at the PNE is proud to unveil a multi-million dollar entertainment lineup, including exciting new features, returning fan favourites and one of the best Summer Night Concert lineups to date. To top it all off guests of the 2013 Fair will see a 20% reduction in pricing of general admission and parking at the Fair â€“ running August 17th to September 2nd (except Mondays August 19th and August 26th)

This yearâ€™s Summer Night Concerts lineup has something for everyone, featuring legendary classics, electronic pop, country, rock, and indie-folk music. With their smooth harmonies and catchy lyrics, The Beach Boys found early success as â€œAmericaâ€™s Band.â€ After numerous hits over the years, including â€œGood Vibrations,â€ â€œWouldnâ€™t It Be Niceâ€ and â€œSurfinâ€™ U.S.A.,â€ the band was inducted into the Rock and Roll Hall of Fame. Fellow inductees, The Jacksons, shot to fame with Motown favourites, â€œI Want You Backâ€ and â€œWhoâ€™s Loving You,â€ and for the first time will be bringing their funky sound to the Fair. Canadian group Sam Roberts Band will have fans singing along to their Juno Award winning hit, â€œBridge to Nowhere.â€ Melissa Etheridgeâ€™s powerful vocals will sound through the fairgrounds as the singer-songwriter takes the stage. Electronic pop artist Lights will be sure to attract the younger generation while country singer Dean Brody will have his female fans swooning. Rounding up the lineup and musical genres are Great Big Sea and blues singer-songwriter, Colin James. The Summer Night Concerts will run every evening from August 17 to September 2nd (except Mondays August 19th and August 26th) at 8:30pm on the WestJet Concert Stage.

All concerts are FREE with admission but super fans looking for reserved seating will have the opportunity to purchase a limited number of reserved seats in the new WestJet Fan Zone. For details visit www.pne.ca. 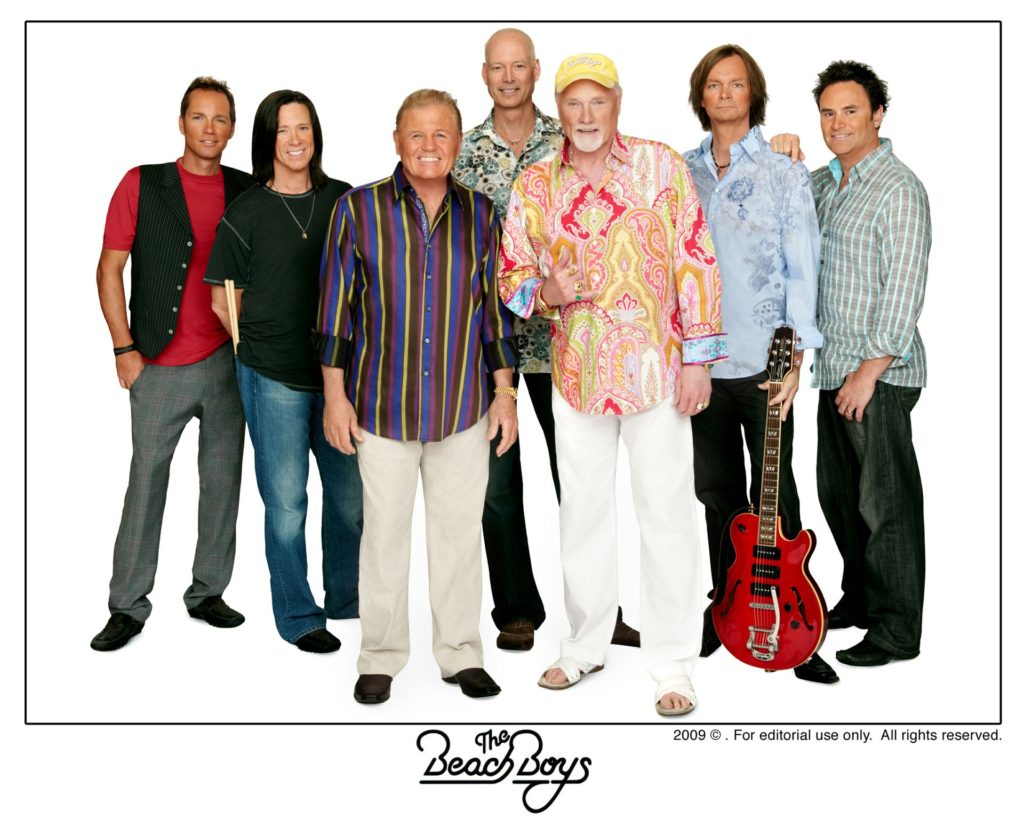 Do you really know who your ancestors are? Geneticists have found that 1 in every 200 men is a descendant of the historic warrior and Mongolian leader, Genghis Khan â€“ the focus of the 2013 feature exhibit at the Fair at the PNE: Genghis Khan: The Exhibition! From Atlanta to Chicago and many places in between, this extensive museum display will be coming to the PNE for the duration of the 2013 Fair to display centuries old artifacts and murals. Exploring the ancient leaderâ€™s influence on warfare, this exhibit will take visitors through the exciting, and sometimes mysterious, life of Genghis Khan. Conquering an area that nearly spanned the size of Africa, Mongols controlled over 11 million contiguous square miles of Eurasia under Khanâ€™s rule during their prime. With incredible, authentic artifacts and weapons to be viewed, Genghis Khan: The Exhibition will amaze you as you learn about the Mongolian culture and Genghis Khanâ€™s inspiring warfare accomplishments. Entry into Genghis Khan: The Exhibition is $3.00, kids 13 and under are free.

Donâ€™t miss the totally tubular party as the Fair celebrates the decade that brought us the mullet and acid wash jeans. Grab your fanny pack and leg warmers and join in the fun! Groove to the music of your favourite 80s icons: Madonna, Wham!, Cyndi Lauper and Michael Jackson. Three shows daily at 2:30pm, 6:30pm and 8:00pm in the Agrodome Plaza.

It was the best night ever! These are the words that often describe the dueling piano bar experience in Las Vegas, New York and now the 1,000 person seat Plaza Beer Garden at the PNE. Request your favourite tune, sing along, raise a glass and hit the dance floor â€“ itâ€™s a stompinâ€™ good time at the Plaza Beer Garden where two piano players go head to head every night and raise the roof with great music. Two shows nightly at 7:00pm and 10:00pm.

Gravity-defying stunts are all part of the new and intense Sportacular show that will have guests sitting on the edge of their seat. Theyâ€™ll flip, fly and dive a triple threat of hot tunes, cool moves and amazing sports stunts. Imagine a half-time spectacular, tailgate party and extreme sports extravaganza all rolled into one! Two shows daily at 1:00pm and 3:00pm in the PNE Amphitheatre.

Brand new to the PNE Prize Home Lottery this year is the 50/50 draw, which will give lottery players the chance to win up to $1,000,000! Tickets are 1 for $10 or 5 for $30 and must be purchased in conjunction with the Prize Home Lottery tickets, which are available at MarketPlace IGA, Save-OnFoods, PriceSmart Foods, Overwaitea Foods, Cooperâ€™s Foods, Urban Fare, by phone at 1-877-946-4663 and online at www.pneprizehome.ca.

Come be part of the audience at Family Feud Live and you could have the chance to compete for prizes in this classic game show! Fun and excitement abound as contestants battle it out by attempting to come up with what they think are the most popular answers to entertaining survey questions for real prizes. Three shows daily at 1:00pm, 3:00pm and 6:00pm in the Family Theatre.

Celebrating 36 consecutive years of tail wagging fun, the Superdogs return with their â€˜Hip Hop Hoorayâ€™ Show that captures the excitement of the dogs like never before. Three shows daily at 11:30am, 3:30pm and 5:30pm in the Pacific Coliseum.

Combining centuries of Chinese history and folklore with 21st century technology and special effects, The Peking Acrobats returns with a brand new show that melds tradition with innovation through their incredible acts of agility, contortion, flexibility and grace. Two shows daily at 1:30pm and 7:30pm in the Pacific Coliseum.

From beating drums to flinging drumsticks, groove to the rocking rhythms of DrumBeats. Watch these amazing drummers fill the PNE grounds with bold beats from their tom-toms, snares, bass drums, cymbals and xylophones. Four shows daily at 2:30pm, 4:30pm, 6:00pm and 7:30pm in the Celebration Plaza.

Representing a colourful tradition and ceremony through the horse and the scarlet uniform, the RCMP Musical Ride will provide fairgoers the opportunity to experience part of our Canadian heritage and national identity. The Musical Ride is performed by a full troop of 32 riders and horses and consists of the execution of a variety of intricate figures and cavalry drill choreographed to music. Two shows daily from August 30 to September 2 at 2:00pm and 7:30pm (2:00pm show only on August 30).

Enjoy musicâ€™s biggest hits courtesy of your favourite tribute artists during Tribute Nights. From the baritone sounds of Johnny Cash to the classic rock songs of Fleetwood Mac, you wonâ€™t want to miss a night! You can rock out to the legendary hits of The Beatles, sing along with the music of Elton John and Billy Joel and enjoy the timeless classics from ABBA, Tina Turner, Neil Diamond and more! Two shows nightly at 7:00pm and 8:30pm on the Chevrolet Performance Stage.

For a break from the hustle and bustle of the midway, stop by Safeway Farm Country and relax into a showcase of BC Agriculture! With the largest variety of barn animals found in Vancouver and exciting demonstrations to be seen, there is tons of barn fun for kids and the whole family!

Kids can try their hand at becoming a â€˜farmer for on hourâ€™ in the Kids Discovery Farm, showcasing 10 sectors of the agriculture industry with different interactive activities. Learn how to milk a cow, pedal a tractor, collect eggs and harvest apples in this exciting exhibit.

For 79 years the PNE Prize Home has been making dreams come true as one of British Columbiaâ€™s longest running and most successful home lottery giveaways. This yearâ€™s Grand Prize includes a beautiful 3,000+ square foot home with an interior custom designed by BC resident and celebrity designer Jillian Harris. The Prize Home will be relocated to the beautiful Sun Peaks Resort. Tickets are 5 for $25 or 15 for $50 and are available at MarketPlace IGA, Save-On-Foods, PriceSmart Foods, Overwaitea Foods, Cooperâ€™s Foods, Urban Fare, by phone at 1-877-946-4663 and online at www.pneprizehome.ca.

For the first time in its history the Fair at the PNE will operate 15 days during its traditional 17-day run, closing the first two Mondays of the Fair, allowing for the savings associated with the reduction of costs over the Fairâ€™s two traditionally slowest days to be passed onto guests. Guests of the 2013 Fair will see a 20% reduction in pricing of general admission and parking. Additional ride, admission and food promotions will be announced closer to the Fair.

Along with reduced Gate Pass and parking prices, a brand new initiative for the 2013 Fair is The Fair Coupon Book. Making the best part of summer even more affordable for all families, the Coupon Book contains discounts from over 50 vendors and exhibitors, offering guests even more ways to save. The Coupon Book is free with the purchase of Fair tickets online at pne.ca between June 11 and July 31, 2013. Alternatively, it is available to guests for $2 onsite and contains over $500 in savings for Fair guests to enjoy throughout the entire Fair.

For more information about the Fair at the PNE visit: www.pne.ca.