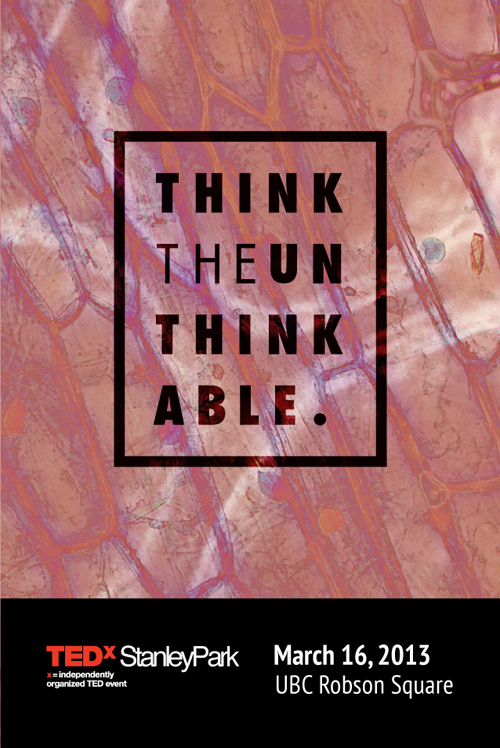 The countdown is on to the first ever TEDxStanleyPark, happening on March 16, 2013 at UBC Robson Square. An incredible line-up of speakers will inspire guests with one common theme: Think the UNthinkable.

The event will be intimate, with only 100 tickets available to the public, going live on February 16 at www.tedxstanleypark.com. This year, the spirit of the forest will come to UBC Robson Square; and as TEDxStanleyPark grows, it hopes to find a more permanent home on the grounds of Stanley Park.

“TEDxStanleyPark is going to be an inspirational conference that delivers the seeds of new, cross-disciplinary ideas,” says Roger Killen, the Chair of the Organizing Committee. “I am excited about the potential to open up hearts and minds about what is possible.”

Listen to speakers who push the limits, like a formerly homeless addict who transformed his life, the stem cell scientist leading the Canadian Stem Cell Network, and a comedian who has worked with talent like Robin Williams, Jim Carrey, Jerry Seinfeld, and Ellen DeGeneres.

TEDxStanleyPark takes place on March 16, 2013 from 9:00am-5:00pm at UBC Robson Square (800 Robson Street, Vancouver, BC). Tickets are $97 and will be available to the public on February 16 at www.tedxstanleypark.com (while quantities last).