Story of Burqa: Case of a Confused Afghan world premiere at DOXA Documentary Film Festival – May 10, 2012

Story of Burqa: Case of a Confused Afghan, world premiere at the upcoming DOXA Documentary Film Festival on Thursday, May 10, 2012 at 7:00 pm at Empire Granville 7 Cinemas.

Have you seen a burqa lately? This blue garment and her cousin versions, known worldwide as Islamic religious traditions covering women entirely, are being exposed. Filmmaker Brishkay Ahmed unveils the burqa’s mysterious origin from palace harems to the choice of fashionistas, to being a weapon of psychological warfare. Though it has now been banned in parts of Europe, Ahmed proves the burqa’s current use as a political tool manipulating Afghan women, and reveals its other strange functions by spies, suicide bombers, and even sports fans.

“Story of Burqa is the unknown story of Afghanistan,” Ahmed says. “I want Afghan women to stop wearing burqas. They have been lied to! We cannot progress with it!” The film uses stock footage – most of which was banned or hidden during the Taliban reign – and interviews with brave and knowledgeable experts. This film, which took Ahmed two years to complete, shines a light on the dark reality of the burqa. The film is part of DOXA’s Making Waves Spotlight on Canadian Women in Documentary.

Brishkay Ahmed creates programming for Canada and Afghanistan. Her TV Documentary, Reclaiming Rights, which followed a team of sassy Afghan lawyers and their clients, screened at DOXA in 2010. Recently, she wrote and directed a 20-episode drama series for Afghan Television as well as an 18-part radio drama series for the nation. In development is another TV project for Afghan media and a documentary exploring women’s roles in Islam. Shining a light on social issues impacting women and children, and sharing these stories with audiences around the world, is her passion. Her inspirations are her 9-year old twin girls. Ahmed has been interviewed by CBC Radio and Telus TV, among other outlets. More info: http://chitchatproductions.ca 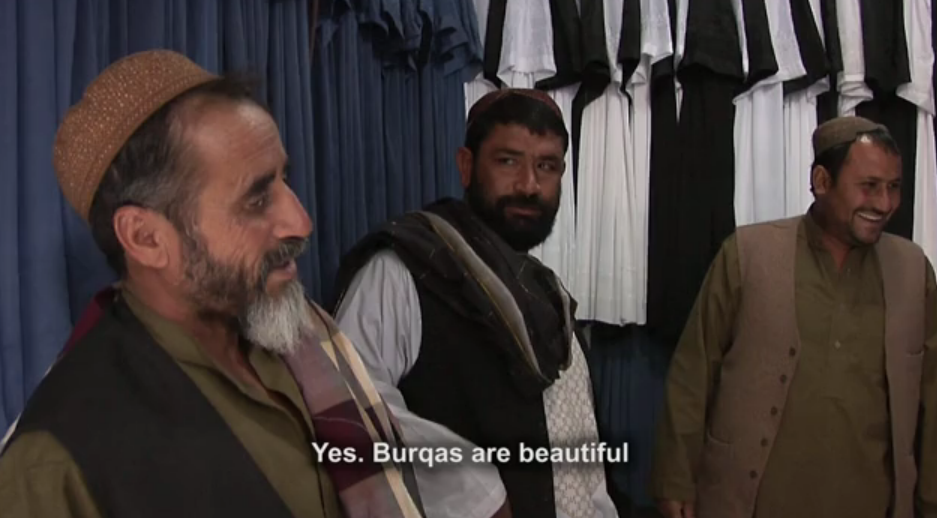